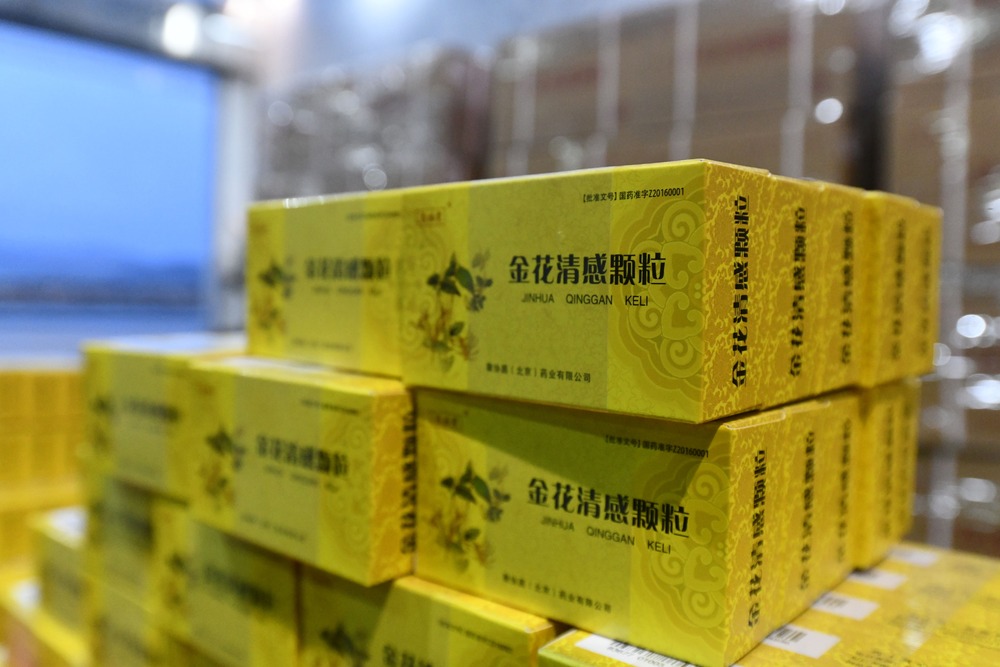 Chinese medicine pills Jinhua Qinggan can greatly reduce elderly Covid patients' risks of developing serious infection and death, and the tablets could also be taken as a preventive medicine, a medical alliance said.
Hong Kong Alliance of Integrated Medicine Against Covid on Sunday shared the use of the Jinhua Qinggan pills -- one of the three Chinese medicines used to treat Covid patients on the mainland alongside Lianhua Qingwen capsules and Huoxiang Zhengqi tablets -- in a care home for the elderly.

The pills were given to 75 residents when they were healthy, among whom 69 were eventually infected with Covid but none developed serious illness, or died. The other six were not infected.

The 69 seniors were arranged to take the highly sensitive PCR test three weeks after infection. Results of three quarters of them came back negative, while the remaining were found to have very low viral load.

However, the group did not say whether the 69 elderly patients had taken other medications together with the Jinhua Qinggan pills.

But the alliance said three residents from the same care home who had not taken the Chinese medicine pills subsequently contracted the coronavirus, but all three developed serious conditions and had to be admitted to hospital. Two of them eventually passed away.

Hong Kong Registered Chinese Medicine Practitioners Association chairman Chan Wing-kwong said: “The most common symptoms for patients contracting the Omicron variant are fever, respiratory discomfort like coughs and sore throat, as well as digestive problems, which can be alleviated by ingredients in Jinhua.”

“The pills can also boost elderly people's immunity and block the virus from entering the lungs to prevent it from developing into a serious illness,” he said.

Not only can the pills be used as a drug in an early stage after onset of symptoms, they can be used to prevent infection for close contacts and high-risk people.

Speaking in a radio program Sunday, Elderly Commission chairman Lam Ching-choi said dozens of Covid patients from care homes who have been staying at the 400-bed Kai Tak temporary care center saw good effects from a hybrid treatment of Chinese and western medicine.

“Most of the elderly patients were more vulnerable to begin with, and some of them suffer from chronic diseases that are not well under control,” he said.

This came as Chief Executive Carrie Lam Cheng Yuet-ngor on Sunday said that Hong Kong will strive to utilize hybrid treatment of Chinese and western medicine, after taking advice from Chinese medicine experts from the mainland.

She said she has instructed authorities to make flexible policies for wider use of Chinese medicine with the help of western medical equipment.

Secretary for Food and Health Sophia Chan Siu-chee said both Chinese and western medicine practitioners have been stationed in the North Lantau Hospital Infection Control Centre and Asia-World Expo.

So far, some 300 Covid patients have received 1,400 treatments by the joint team. Over 9.3 million packs of Chinese medicine have also been distributed so far.
#Coronavirus  #Covid
Add Comment