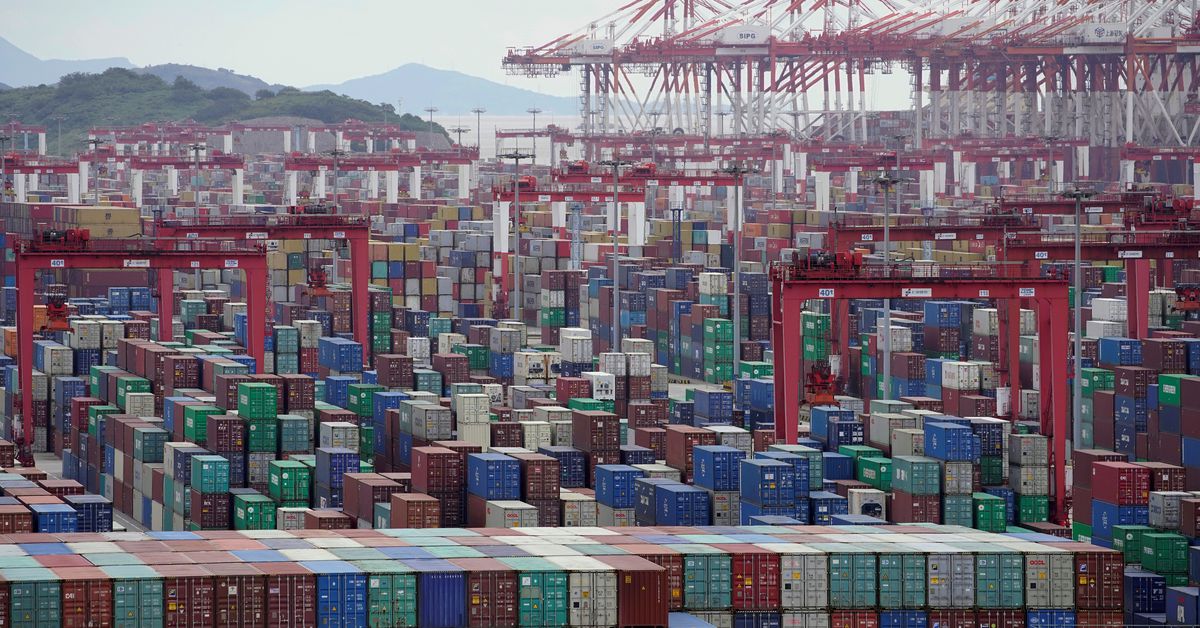 Chinese govt thinktank proposes growth target of above 5% for 2022

China's top government thinktank on Monday recommended the government set an economic growth target of above 5% for next year as the economy slows due to the persistent COVID-19 cases and high commodity prices.
"A target of above 5% leaves a certain room of leeway, which is a relatively prudent call. It would also allow all parties to focus on promoting reforms and innovation and pushing for high-quality development," Li Xuesong, a researcher at the Chinese Academy of Social Sciences (CASS), told reporters.

The world's second-largest economy is likely to grow around 5.3% in 2022, according to an annual blue book issued by CASS at the briefing, although the report cautioned that the forecast could be adjusted lower depending on the COVID-19 situation.

Advisers to the government will recommend that authorities set a 2022 gross domestic product target lower than the target set for 2021 of "above 6%", Reuters reported, amid growing headwinds from a property downturn, weakening exports and strict COVID-19 curbs that have impeded consumption.

On policy recommendations, CASS suggests that monetary policy could be relaxed marginally next year to cope with the downward pressures and the central bank should guide interest rates lower to aid small firms grappling with high costs before the U.S. Federal Reserve moves to taper.

The economy is expected to have expanded by about 8% this year, according to CASS.

The thinktank also warned that the property downturn was likely to persist and weigh on the expenditures of local governments next year.

It urged the central government to proactively engineer a soft landing for the property sector, to avoid failed land auctions in big cities and to fend off risks of quickly falling property prices in smaller cities, the report said.
#COVID-19  #Covid
Add Comment