Harvard and Yale under US investigation over foreign funding, including gifts from China

Yale may not have disclosed at least US$375 million in contributions, while Harvard may lack appropriate controls to track money it receives. Authorities have requested records of gifts from foreign sources, including Huawei and ZTE, as well as documents related to China’s Thousand Talents Plan

Harvard and Yale universities are under investigation by the US Education Department for potentially failing to report gifts and contributions they received from countries including China and Saudi Arabia.

Yale may not have disclosed at least US$375 million over the last four years and Harvard may lack appropriate controls to track money it receives, the department said in a statement on Wednesday.

“This is about transparency,” said Education Secretary Betsy DeVos. “If colleges and universities are accepting foreign money and gifts, their students, donors, and taxpayers deserve to know how much and from whom. Moreover, it’s what the law requires.”
The US is seeking to collect more information on overseas money provided to colleges for grants or contracts and wants better reporting of that funding. Over the past year, it has become apparent that there is “widespread non-compliance across US universities,” an Education Department spokesman told Bloomberg last week.

The agency sent letters to the universities dated Tuesday requesting records related to gifts or contracts from a foreign source. The Massachusetts Institute of Technology and the University of Maryland previously received letters. The letters were posted on the Education Department’s website.

Harvard led all US colleges in gifts and donations from China, according to a Bloomberg analysis of US government data. Collectively, the schools received almost US$1 billion from 2013 to June 2019. Harvard and Yale’s endowments are the biggest among US private schools at about US$41 billion and US$30 billion, respectively.

Representatives for Harvard and Yale said the schools are reviewing the Education Department’s request and preparing a response.

The Education Department told Harvard it was opening an administrative investigation because it was “aware of information” suggesting the university “lacks appropriate institutional controls”. As a result, its reporting may not include the entirety of gifts or contracts with foreign sources.

The department requested records of gifts from foreign sources, including from the People’s Republic of China; Huawei Technologies; ZTE Corp.; the governments of Russia, Iran, Saudi Arabia, and Qatar; Kaspersky Lab; and other entities connected to those governments. It also requested documents related to China’s Thousand Talents Programme.

The agency sent a similar letter to Yale, saying the university appeared to fail to report a single gift or contract from 2014 through 2017, and asked for records related to all its foreign sites and gifts from countries including Saudi Arabia, China and others.

Last month, a Harvard chemistry professor was accused of lying about his connections to China and concealing payments to him from a Chinese university. That probe is part of a US crackdown on intellectual property theft sponsored by China and linked to the Thousand Talents Plan, a Chinese government programme to recruit overseas researchers.

That arrest shed renewed light on the links that universities have with China. Centres for Chinese language and cultural education have proliferated at US universities, drawing students eager to learn about the country. These Confucius Institutes have drawn fire from lawmakers who contend they give China an opportunity to infiltrate universities and co-opt students and professors.

A Senate subcommittee’s report last year found that nearly 70 per cent of US schools that received more than US$250,000 from Hanban, the Chinese-government run Confucius Institute headquarters, failed to properly report that amount.
“Confucius Institute funding comes with strings that can compromise academic freedom,” the report said.

The US has been collecting data about foreign ties to colleges for more than 30 years. Congress “balanced academic freedom and national security” by mandating reporting of contracts or gifts from any foreign source valued at US$250,000 or more in a calendar year, according to the Education Department. 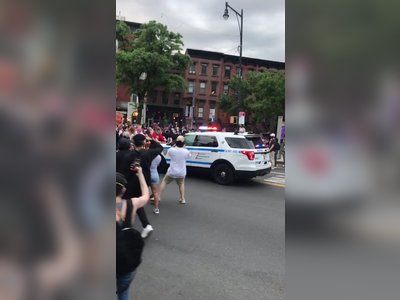 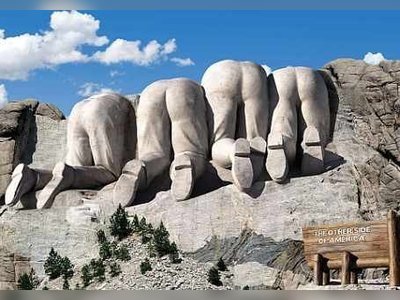