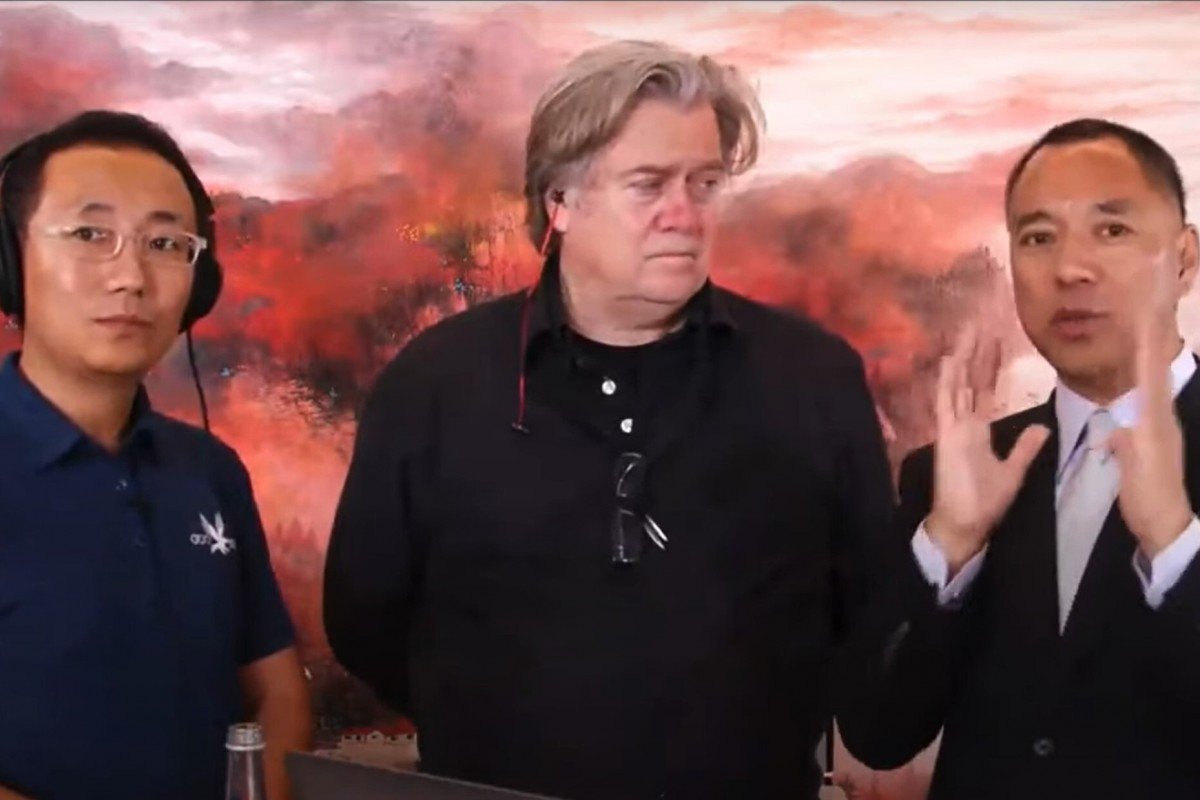 The amplification of stories about Biden’s son Hunter and his alleged business ties to China was part of coordinated and sophisticated attempts to interfere with Tuesday’s US election, according to John Pan, a former collaborator with Guo who is based in Australia.

“Guo’s intention is to interfere with the US election,” Pan told the South China Morning Post in an interview. “He may not be able to control the results, but he can release materials that can mislead the public.

“I think there already has been some impact to the US election, by the so-called Hunter Biden hard drive files leak.”

Pan has said he was previously part of Guo’s inner circle, a group who helped the flamboyant and controversial billionaire-in-exile – also known as Miles Kwok – push sweeping and unproven claims ahead of the election.

The unsubstantiated theories were spread on Guo-linked YouTube channels and media platforms associated with Guo and the far-right figure Steve Bannon
, formerly the chief strategist for President Donald Trump, the Republican candidate, who is faltering in the latest polls behind Biden.

G News, a website owned by Guo Media, has in recent months churned out Trump-friendly headlines, including a claim that Biden’s victory would allow the Chinese Communist Party (CCP) to “take over the world”.

Guo, a property tycoon, became a high-profile target for Beijing when he made a series of provocative claims about corruption at the highest levels of the Chinese elite in 2017, after saying he had fled from China to the US in 2015. The Chinese government issued an Interpol red notice for the New York-based Guo in 2017.

Pan migrated to Australia from China in 2010 and ran his own YouTube channel that focused on Chinese politics. In 2018, he joined an inner circle of Guo’s network of Chinese influencers, almost all based outside China, which Guo dubbed the “whistle-blowing revolution committee group”.

According to Pan’s estimates, the group began with 18 people, but by last December only two of the original members remained, with the rest, including Pan, having fallen out with Guo.

As of December, Pan said, the group included at least 84 known members with a combined 500,000 YouTube subscribers – including 197,000 from the US-based Chinese YouTuber Lude’s channel – and about 200,000 followers on other social media platforms.

Pan said that after severing ties with Guo he was the target of threats of violence and defamatory claims that he was a CCP “foreign agent”. Following the latter claims, at least a dozen Guo supporters and investors gathered near his Brisbane residence in protest on several days in October, according to Pan.

Researchers from First Draft, a Google News-backed non-profit project that fights misinformation and disinformation online, traced the first mentions of the Hunter Biden hard drives to Lude, who mentioned the claimed leak on September 24.

This was weeks before a October 14 New York Post story based on a copy of a hard drive provided by former New York mayor and conservative politician Rudy Giuliani. The story has been criticised over a failure to verify the authenticity of the hard drive and its use by Trump supporters to discredit Joe Biden.

“That is actually good enough proof that someone already knew about these hard drives before the so-called Western media reported on it,” said a First Draft researcher who analysed the Guo influencer network but did not want to be named.

Photos of Guo and Giuliani meeting have circulated online, and Pan said that there was a possibility that Guo, Bannon, Lude and Giuliani had met before the publishing of the New York Post article.

The First Draft researcher said it was unclear how much of an effect Guo’s circle may have had on the US election, especially given that most of the audience was the Chinese-speaking community and only a few unverified claims, such as the claimed Hunter Biden leaks, received wider coverage.

In an emailed statement, Lude said he had “exposed” not only the younger Biden but also Republican representatives and Trump administration officials.

“So is all this done for political reasons?” he wrote. “As an independent self-media figure, I am not paid a salary by anyone, and rely only on my own channels to expose and report on the truth, provide deep analysis and forward-looking predictions.”

Zhuang Liehong, another New York-based Chinese dissident and former Guo affiliate, told the Australian Broadcast Corporation (ABC) on Sunday that Guo had asked people in his circle to “spread his bombshell revelations” even though “most of them were unverifiable”.

“Due to my disgust of the CCP, I chose to trust him,” ABC quoted Zhuang as saying. Pan and Zhuang have filed lawsuits against Guo for defamation, it reported.

Guo did not immediately respond to a request for comment.

The tycoon published a music video on Sunday cut with scenes of him smoking a cigar and shadowboxing on his yacht, with the lyrics: “We will fight till they’re all gone, we rejoice when they’re no more, let’s take down the CCP.”
#Donald Trump  #Joe Biden
Add Comment