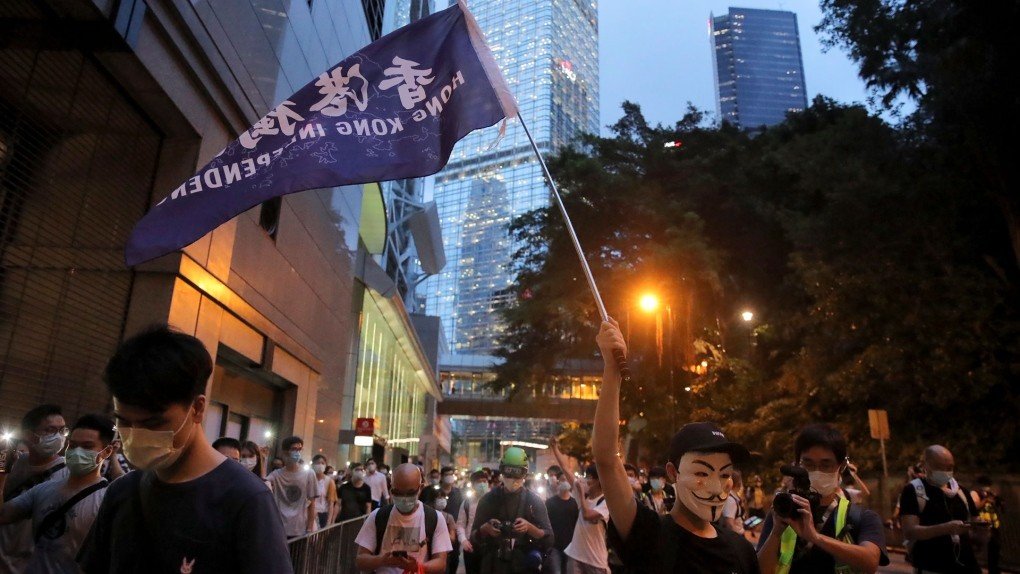 Responding to media report that couple from city had been given refugee status, ambassador Cong Peiwu says such ‘interference’ from Ottawa would encourage ‘violent criminals’. 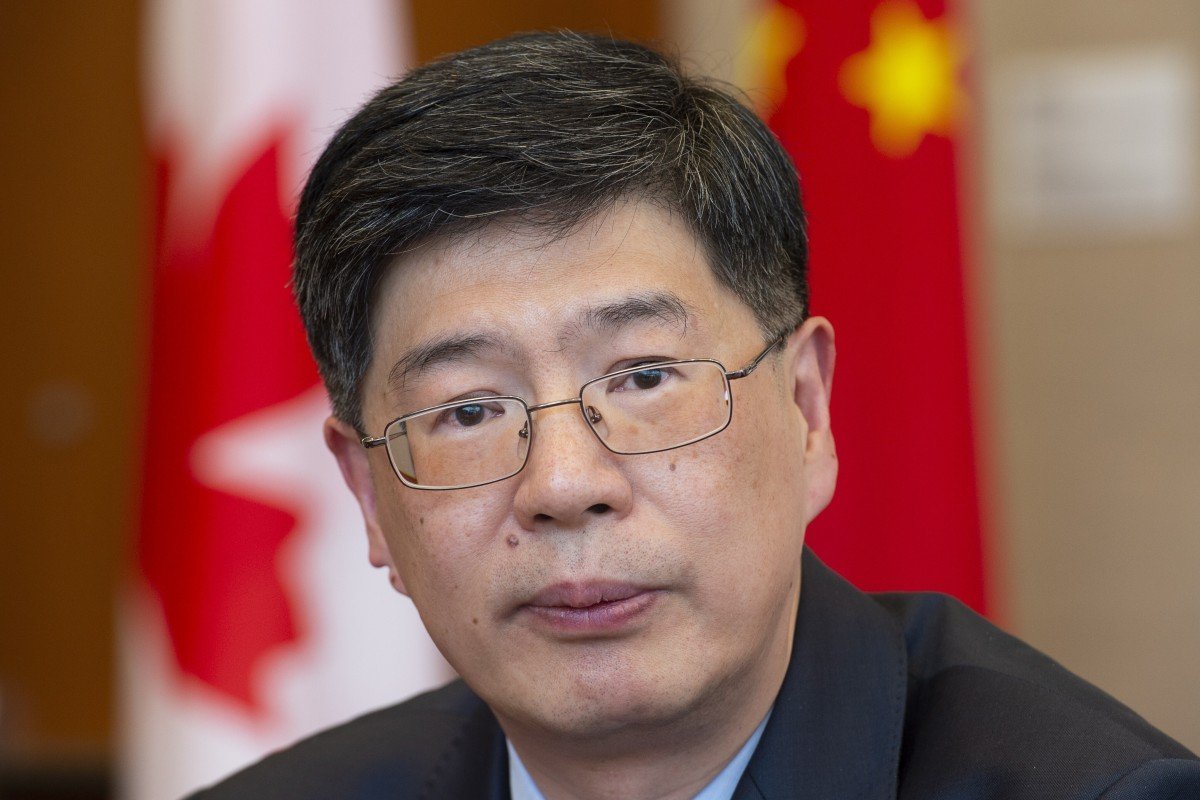 China‘s Ambassador to Canada Cong Peiwu takes part in a round-table interview with journalists at the Chinese embassy in Ottawa in November 2019.

Cong Peiwu also denied that China had taken Canadians Michael Kovrig and Michael Spavor hostage, and repeated a call for the release of a Huawei Technologies executive held in Canada who faces extradition to the United States amid a long-running diplomatic dispute.

“It is interference in China’s domestic affairs and certainly will embolden those violent criminals,” he said. If Canada wanted to keep the 300,000 Canadian passport holders in Hong Kong safe, it should want to protect them from such “violent criminals”, he added.

Cong was responding to a question about a report in Canadian newspaper The Globe and Mail last week that a Hong Kong couple who took part in pro-democracy protests had been granted asylum in Canada.

Cherie Wong, executive director of Alliance Canada Hong Kong (ACHK), a Canada-based group that supports the protest movement, urged Ottawa to “stand strong and not back down”.

“ACHK stands with asylum seekers from Hong Kong and around the globe. We encourage the Canadian government to continue processing such claims expeditiously,” she said.

The Globe reported that the married couple was notified in a September 1 letter from the Immigration and Refugee Board that they had been determined to be “convention refugees” – referring to the United Nations Convention relating to the Status of Refugees – and that their claims for asylum had been accepted.

Convention refugees are defined as those who cannot return to their home “due to a well-founded fear of persecution based on race, religion, political opinion” or other factors.

The couple, who originally arrived in Canada in December, were not identified in the report because of concerns about potential retribution against themselves or family members in Hong Kong by Chinese Communist Party agents.

The man, 33, told The Globe and Mail he was an active protester city’s pro-democracy movement. He and his wife, 30, also took part in mass demonstrations in 2019 over a proposed law to allow extradition to mainland China.

The news threatens to worsen relations between Beijing and Ottawa, which have been strained since the 2018 arrest of Huawei Chief Financial Officer Meng Wanzhou in Vancouver on a bank fraud warrant issued by US authorities.

Meng has said she is innocent and is fighting extradition in a Canadian court. Soon after her arrest, Beijing detained two Canadians on national security charges and halted imports of canola seed.

On Tuesday, Prime Minister Justin Trudeau said he would work with international allies to fight China’s “coercive diplomacy”. He warned that arbitrary arrests, repression in Hong Kong and putting Uygur Muslims in Xinjiang in detention camps added up to “not a particularly productive path”.

The remarks earned him an official rebuke from the Chinese government.

“There’s no coercive diplomacy on the Chinese side,” Cong said during his video news conference. “Those two Canadian citizens have been prosecuted because they were suspected of engaging in activities which endanger our national security.”

Cong went on to say Meng’s case and the arrests of Canadians Spavor and Kovrig were “not related” and that it was Canada that used “coercive measures” by arresting Meng when “she was breaking no Canadian law at all”.

Cong again called for the immediate release of Meng “to create conditions to bring Canada-China relations back on the right track”.