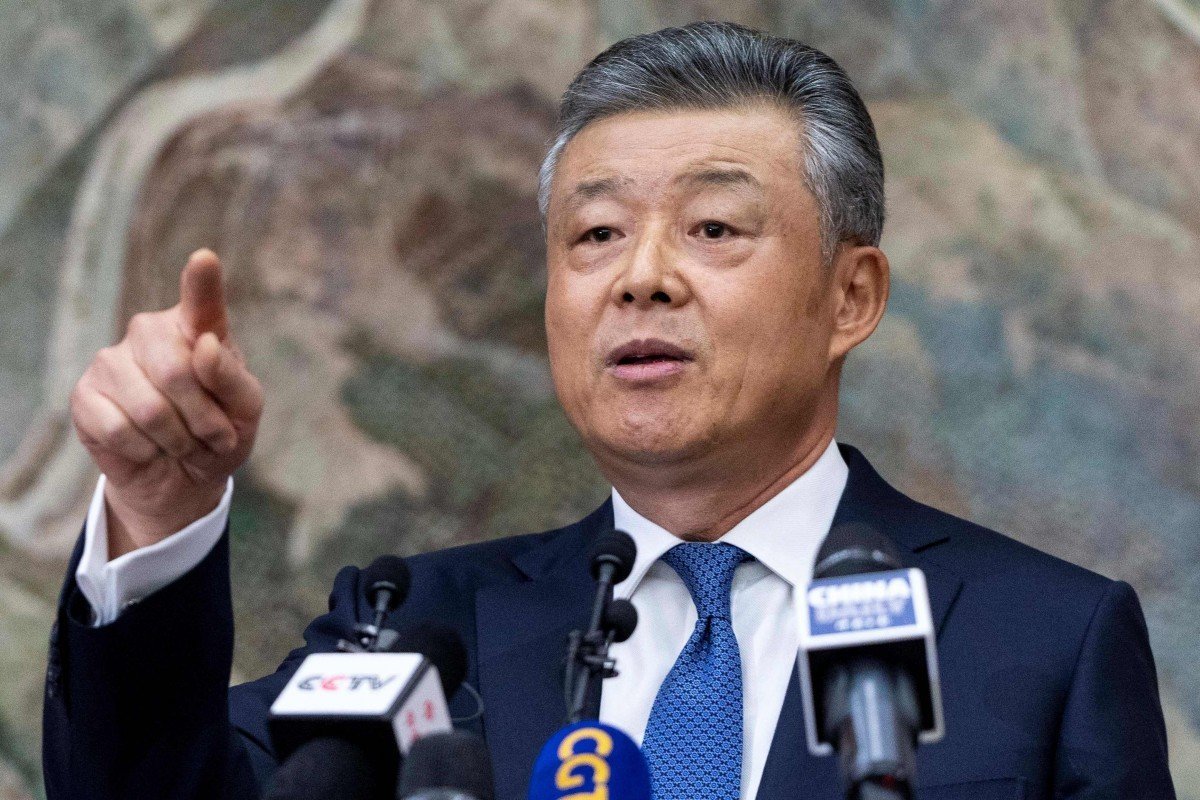 Ambassador Liu Xiaoming accuses British politicians of making irresponsible remarks on national security law. He also said there would be consequences if Britain treats China with suspicion in making its decision on Huawei

China has warned Britain of “consequences” if Boris Johnson’s government treats it as a hostile country, as tensions flare between them over Hong Kong and Huawei Technologies.

He lashed out at British politicians for “irresponsible remarks” on Beijing’s new security legislation for Hong Kong, comments that he said could damage future Chinese investment in the country.

Liu also hinted that if Huawei was “banned”, other Chinese businesses might reconsider their investment in Britain

“The China business community are all watching how you handle Huawei. If you get rid of Huawei, it sends out a very bad message to other Chinese businesses,” Liu said, referring to the debate in Britain over whether the Chinese telecoms giant should be excluded from the 5G system because of national security concerns.

On the British offer to give BN(O) passport holders in Hong Kong a path to British citizenship, Liu said: “This move constitutes gross interference in China’s internal affairs and openly tramples on the basic norms governing international relations.

Britain has described the national security law in Hong Kong as a “clear and serious” violation of the 1984 Joint Declaration under which it handed back its colony to China 13 years later. It said that London would offer around 3 million residents a path to British citizenship.

Hawkish members of parliament are expected to urge Whitehall to include Hong Kong Chief Executive Carrie Lam Cheng Yuet-ngor in those sanctions.