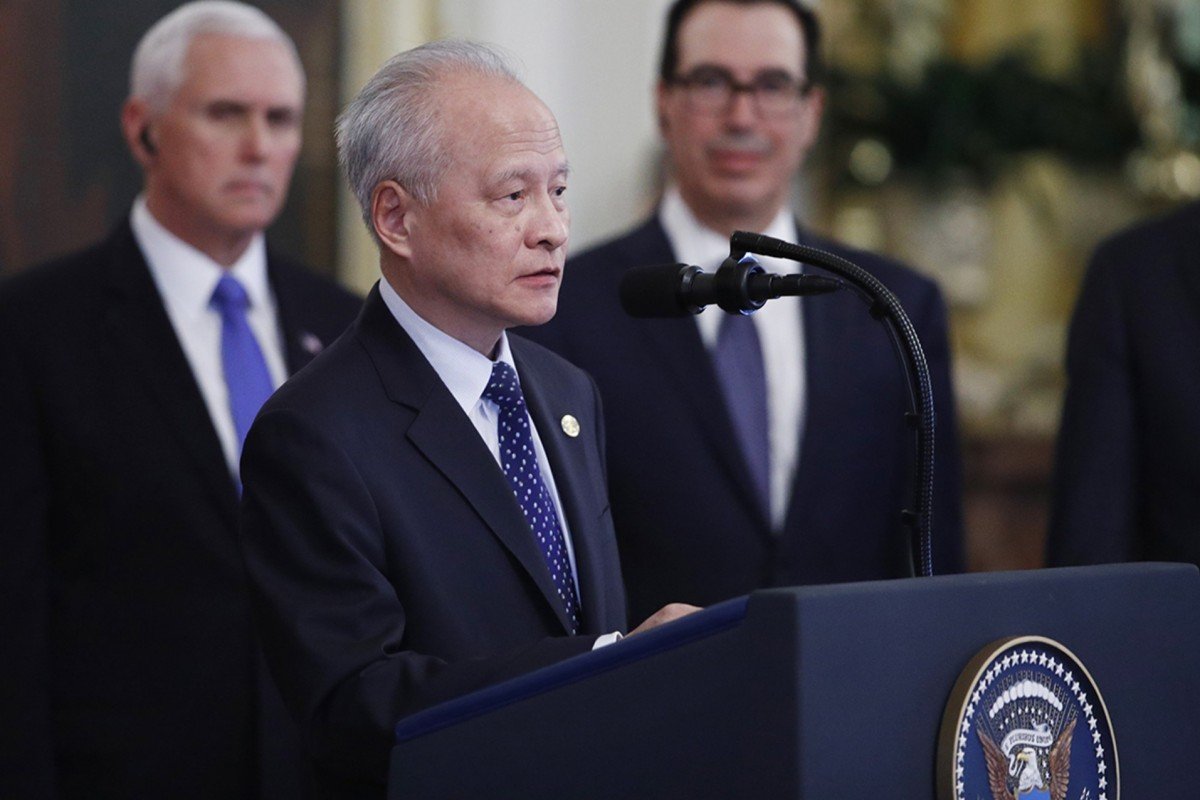 This story is published in a content partnership with POLITICO. It was originally reported by David Beavers on politico.com on February 9, 2020.

Chinese Ambassador to the US Cui Tiankai on Sunday pushed back on what he called “suspicion” and “rumours” about the origins of the Wuhan coronavirus.

In an interview with CBS’ Margaret Brennan on Face the Nation, Cui acknowledged that “a lot is still unknown, and our scientists, Chinese scientist, American scientists, scientists of other countries are doing their best to learn more about the virus.”

But when asked about comments made last week by Senator Tom Cotton – who, according to Brennan, suggested the virus may have come from China’s biological warfare program – Cui did not mince words.

“It's very harmful, it’s very dangerous to stir up suspicion, rumours and spread them among the people,” he said Sunday. “For one thing, this will create panic. Another thing is that it will fan up racial discrimination, xenophobia, all these things that will really harm our joint efforts to combat the virus.”

After the show aired Sunday, Cotton took to Twitter to defend himself.

“.@ambcuitianki, here’s what’s not a conspiracy, not a theory: Fact: China lied about virus starting in Wuhan food market,” the Arkansas Republican wrote in one post.

.@ambcuitianki, here’s what’s not a conspiracy, not a theory:

Cotton added in a second post: “Fact: super-lab is just a few miles from that market[.] Where did it start? We don’t know. But burden of proof is on you & fellow communists. Open up now to competent international scientists,” seemingly referencing a laboratory at the Wuhan Institute of Virology.

The Chinese diplomat also defended China’s treatment of Li Wenliang, a doctor who alerted authorities about the outbreak. He was scolded and silenced by police and has since succumbed to the disease himself.

.@ambcuitianki, here’s what’s not a conspiracy, not a theory:

“We are all very saddened about the death of Dr Li. He was a good doctor. He was a devoted doctor, and he did his best to protect people’s health. We are so grateful to him,” Cui said. “I don't know who tried to silence him, but there was certainly a disagreement or people were not able to reach agreement on what exactly the virus is, how it is affecting people.”

“Maybe some people reacted not quickly enough. Maybe Dr. Li, he perceived some incoming dangers earlier than others, but this could happen anywhere, but whenever we find there's some shortcoming, we’ll do our best to correct it,” he added.