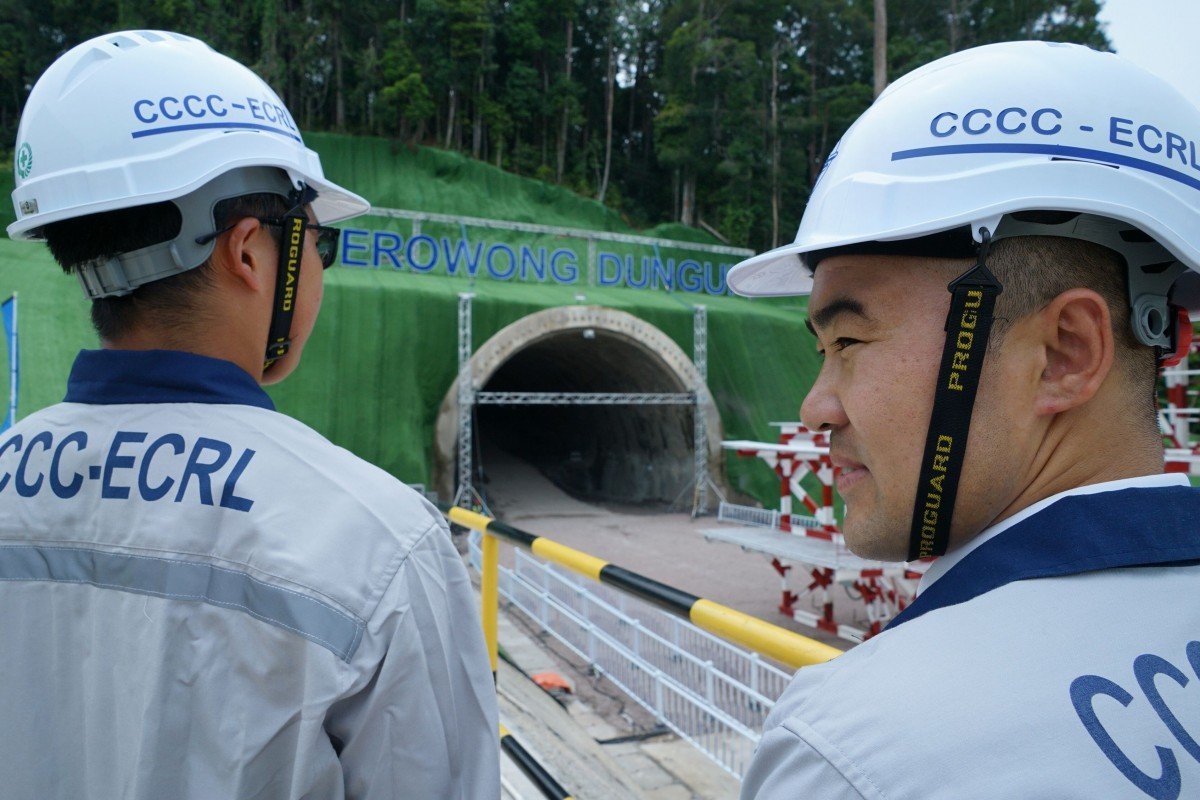 Two weeks ago, the US Department of Commerce placed five subsidiaries of China Communications Construction Company (CCCC) on its Entity List.

Chinese state-owned engineering giant China Communications Construction Company (CCCC) will counter growing uncertainty in the growth of its overseas projects, some of which has been caused by US blacklisting of five of its subsidiaries, by pushing ahead with its Belt and Road Initiative projects.

And while the company was referring to broader geopolitical risks on its overseas projects, CCCC’s inclusion on the American Entity List raises questions as this is the first time the United States has targeted an active belt and road company, the implications of which could have an impact on China’s wider programme to grow regional trade and infrastructure.

But CCCC maintained the blacklisting of its subsidiaries, including the China Communications Construction Company Dredging Group, two weeks ago would not impact its overall business given their small contribution to the group’s turnover.

“Sino-US relations are at its record low since the establishment of diplomatic relations. Due to this intensifying political conflict, the uncertainty surrounding the company’s overseas operations has increased,” CCCC said in a statement.

“However, infrastructure spending is a source of economic stimulus globally. This is why China has continued to support Belt and Road Initiative
[infrastructure projects].

“China’s focus on belt and road projects has become a key strategy and this is an opportunistic period.”

Two weeks ago, the US Department of Commerce placed a further 24 Chinese state-owned companies on its Entity List for their roles in helping the Communist Party “militarise” outposts in the contested South China Sea.

The list, which includes around 300 other Chinese entities including telecommunications company Huawei, forbids US firms from doing business with the listed companies or exporting products to them unless they receive a special licence.

The company still warned that despite its intent, some of its belt and road projects could still fall over due to government defaults, excessively delayed construction activity and agreements falling through.

Nearly 140 countries and more than 30 international economic organisations have signed 200 agreements on belt and road projects with China, the company added.

CCCC, a mega company specialising in infrastructure construction and design as well as dredging, also said that the number of new overseas projects in the first half of 2020 increased marginally compared to a year earlier. It now has 855 foreign projects under construction, with a total contract value of around US$141.1 billion.

There were other concerns that the US blacklisting could dampen the projects of other CCCC subsidiaries not on the list, including foreign subsidiaries in Australia such as John Holland and the Texas-based Friede & Goldman.

But despite the concerns, several CCCC subsidiaries have resumed work on belt and road projects following the disruptions caused by the coronavirus.

China Harbour also sent workers on a chartered flight to resume work on Cameroon’s Kribi deep water port project, which joins other belt and road projects in the country, including the Yaounde-Douala Expressway.

Another CCCC subsidiary, China Road & Bridge Corporation, opened part of the second phase of the Karakoram Highway to traffic, a key transport project under the China-Pakistan Economic Corridor.

Also known as the China-Pakistan Friendship Highway, the road starts from Kashgar in China’s eastern Xinjiang province, crosses the three major mountain ranges of Karakorum, Hindu Kush and the Himalayas, before passing through the Hongqilaf Pass at the China-Pakistan border crossing before reaching the northern town of Thakot in Pakistan.

CCCC was also not just the only one Chinese company which made progress on its belt and road projects.

Since the initial blacklisting and subsequent blacklisting of 11 Chinese companies by the Pentagon, China has accused the US of using “national security” concerns as an excuse to act against Chinese firms.

Other countries such as the Philippines, which also has interests in the South China Sea, have said they will not halt infrastructure projects involving Chinese firms blacklisted by the US and would act in their own interests.

Philippine President Rodrigo Duterte has already made it clear he would not be following Washington as infrastructure investment was a national priority, aligning with the approach taken by CCCC.