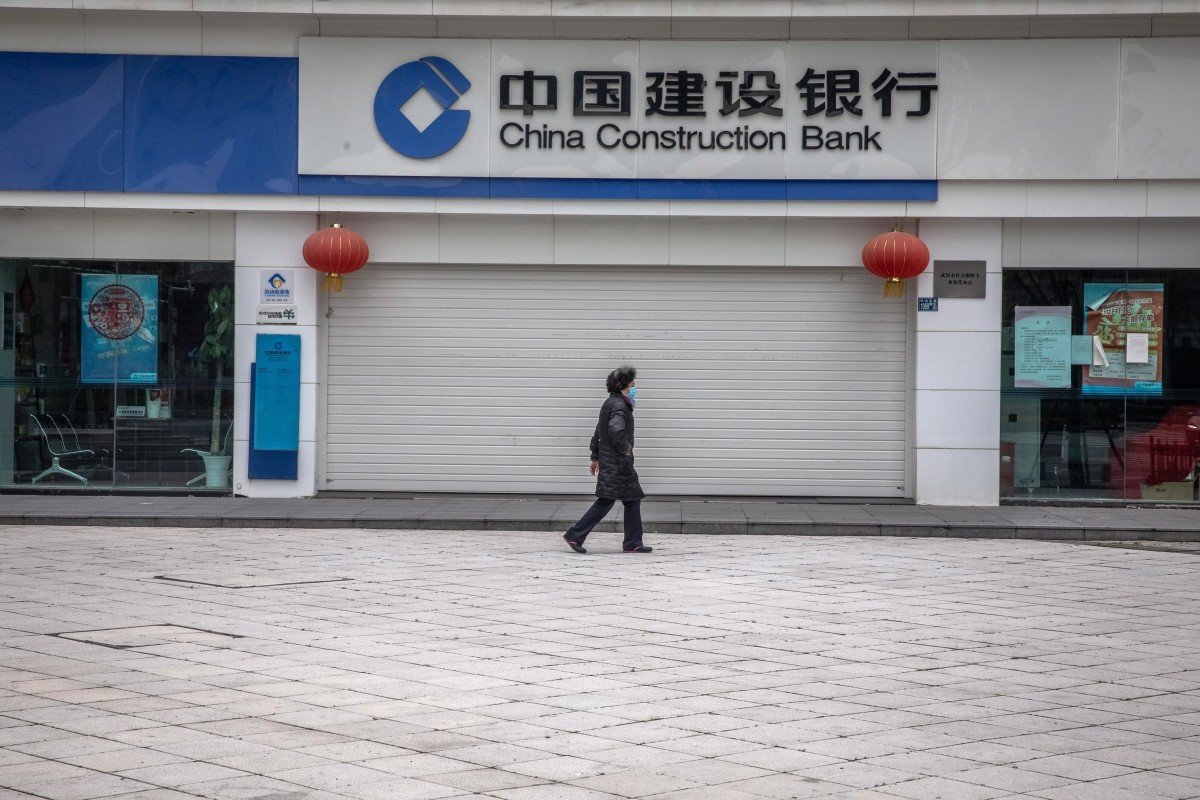 Chinese banks, now closely integrated into global supply chains, could be affected if outbreak is not contained by third quarter, China Construction Bank says. Non-performing loan pressure to worsen during second quarter and second half of this year: analyst

After posting better-than-expected results for 2019, Chinese banks face the prospect of worsening asset quality and pressure on profits this year, as the coronavirus pandemic takes a toll on the global economy, bankers and analysts said.

With the pandemic now having spread to more than 200 countries and claiming more than 52,000 lives, bankers said they expected a bigger impact on China’s economy. Since the country plays an outsize role in the global supply chain, its banks are likely to take a hit should the global economy contract this year, which seems like a real possibility, they said.

“If the global coronavirus is not contained by the third quarter, this will have a great impact on the Chinese economy [and] on Chinese banks,” Zhang Gengsheng, executive vice-president of China Construction Bank (CCB), said during a teleconference held this week to discuss the bank’s annual results.

The deadly virus, which causes the Covid-19 respiratory disease, brought most of China’s economy to a halt in late January and February after authorities took measures to contain the outbreak. This has already translated into more overdue loans and a drop in growth in new customers, especially for banks’ credit card and retail loan businesses, bank officials said.

“We saw a pickup in overdue loans, primarily in the credit card and personal loans segments, in January and February,” Jin Yanmin, CCB’s chief risk officer, said. “Overall, for the full year, we expect non-performing loan [NPL] ratios for our micro-small business loans segment to steadily tick up.” He, however, added that overall asset quality was improving.

Both CCB and the Industrial and Commercial Bank of China, the largest lender globally by assets, said about 5 per cent of their small and medium-size business borrowers had requested an extension of loan repayments. Last month, regulators announced special measures allowing borrowers affected by the outbreak to extend their loan repayments up to the end of June.

The 10 major Chinese banks covered by brokerage CMB International Securities have reported, on average, an 8.6 per cent year-on-year net profit growth for 2019, compared with 6.1 per cent in 2018. These include the six major state-owned lenders, such as CCB, Agricultural Bank of China and Bank of China, and joint-stock banks such as China Merchants Bank and Ping An Bank.

NPL ratios were largely stable at the state-owned banks, at around 1.4 per cent. But CMB International Securities analyst Terry Sun expected NPL pressure to worsen during the second quarter and second half of this year.

“Companies’ existing orders and cash-on-hand will still be able to support their loan repayment in the first quarter, but lack of demand [for their products] and break of the supply chain will amplify the impact in the second and third quarters, even as companies increasingly resume work,” Sun said.

Net interest margin (NIM), a gauge of bank profitability, was largely stable for most banks during the fourth quarter of 2019, Morgan Stanley analysts including Richard Xu and John Cai said in a note.

Since August last year, the benchmark for banks’ loan pricing has been switched to the loan prime rate, which is a rate that captures the average of 18 reporting banks’ lending rate to the highest quality borrowers. The rate is also tied to the medium-term lending facility, a People’s Bank of China policy rate.

Initially applied only to new loans, in December the central bank mandated that all banks convert all their existing loans to the new benchmark. The conversion should be completed by August.

The one-year and five-year rates, used to price both retail and corporate loans, and quoted on the 20th of every month, have been trending down since their launch in August, by 20 basis points and 10 basis points, respectively. Analysts expect further downside this year due to policy guidance for lower lending rates to support the overall economy.

Hence, banks’ NIM will be squeezed harder this year, as deposit rates have not kept up with the drop. CIMB International Securities expected a 5 to 10 basis point contraction this year.