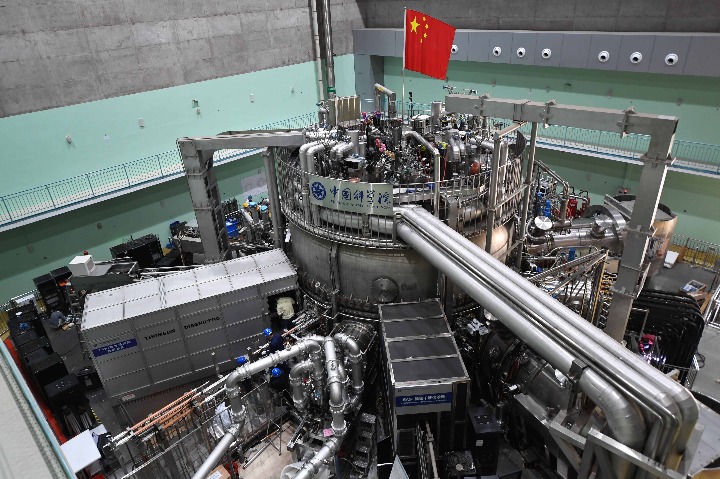 The experimental advanced superconducting tokamak (EAST), or the Chinese "artificial sun", has achieved a continuous high-temperature plasma operation for 1,056 seconds in the latest experiment on Thursday, the longest time of operation of its kind in the world.
The breakthrough was announced on Friday by Gong Xianzu, a researcher at the Institute of Plasma Physics of the Chinese Academy of Sciences (ASIPP), who is in charge of the experiment conducted in Hefei, capital of east China's Anhui Province.

The ultimate goal of EAST, located at ASIPP in Hefei, is to create nuclear fusion like the Sun, using deuterium abound in the sea to provide a steady stream of clean energy.

As opposed to fossil fuels such as coal, oil, and natural gas, which are in danger of being exhausted and pose a threat to the environment, raw materials required for the "artificial sun" are almost unlimited on earth. Therefore, fusion energy is considered the ideal "ultimate energy" for the future of humanity.
Add Comment