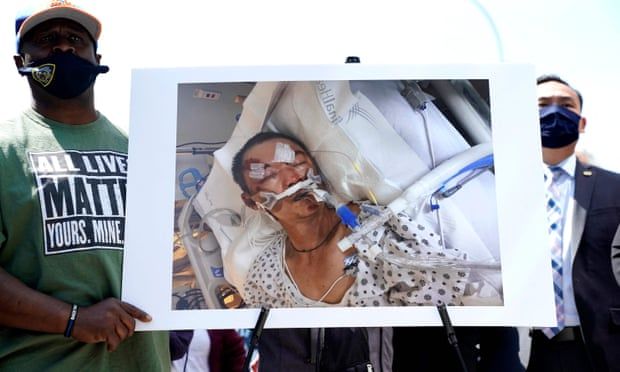 Attack on Yao Pan Ma, 61, drew attention amid rise in anti-Asian hate crimes and is now being treated as homicide
A Chinese American man who was brutally attacked last April while collecting cans in East Harlem has died of his injuries and the case is now deemed a homicide, police in New York said on Saturday.

The attack drew national attention as part of a rise in anti-Asian hate crimes in New York and around the country, amid the coronavirus pandemic which originated in China.

The Legal Aid Society, which previously represented Powell, said he was no longer a client. A message was left seeking comment with another attorney listed in court records as Powell’s lawyer.

Powell is alleged to have attacked Ma from behind, knocking him to the ground and repeatedly kicking his head before fleeing, prosecutors say.

A police detective said in a criminal complaint Powell admitted to attacking an Asian man at the approximate time and location of the attack on Ma, stating he did so because the man had robbed him the day before.

News organizations reported Ma was a former restaurant worker who lost his job because of the pandemic and was collecting cans to make ends meet.
#Coronavirus
Add Comment