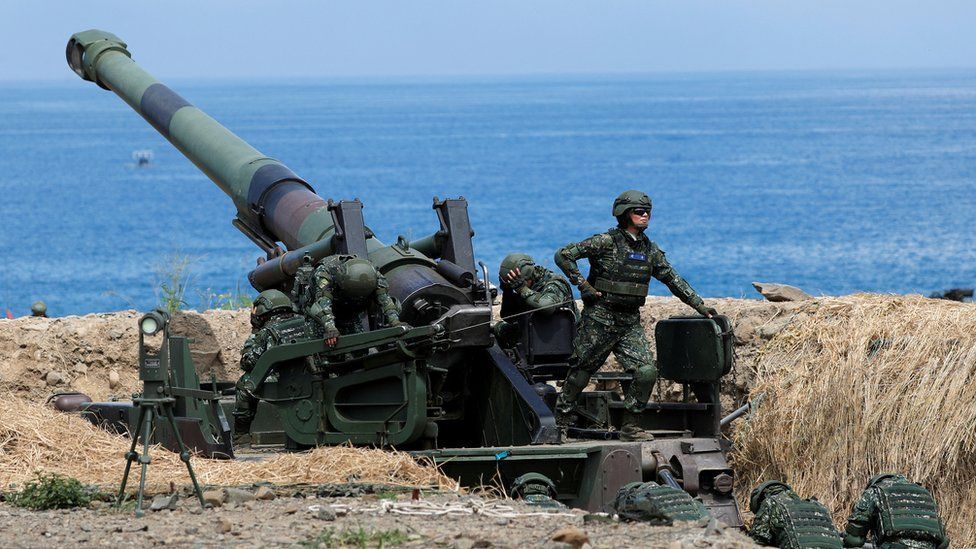 China has warned the US that any attempt to make Taiwan independent from China will trigger military action by Beijing's forces.

Chinese Defence Minister Wei Fenghe met his US counterpart Lloyd Austin on the sidelines of an Asian security summit in Singapore.

Splitting Taiwan from China would leave the Chinese military with no choice but to "fight at any cost", Mr Wei said.

He said there were record numbers of Chinese aircraft flying near the island on a near-daily basis, which "undermine peace and stability in the region".

China views self-ruled Taiwan as an integral part of China's territory, a stance that prompted Mr Wei to condemn US arms sales to Taiwan.

A spokesman quoted him as saying: "If anyone dares to split Taiwan from China, the Chinese People's Liberation Army (PLA) will have no choice but fight at any cost and crush any attempt of 'Taiwan independence' and safeguard national sovereignty and territorial integrity."

Mr Austin said the US was committed to maintaining the status quo - recognising Beijing as the sole government of China and opposing Taiwanese independence.

He insisted there must be no attempt to resolve tensions through force. 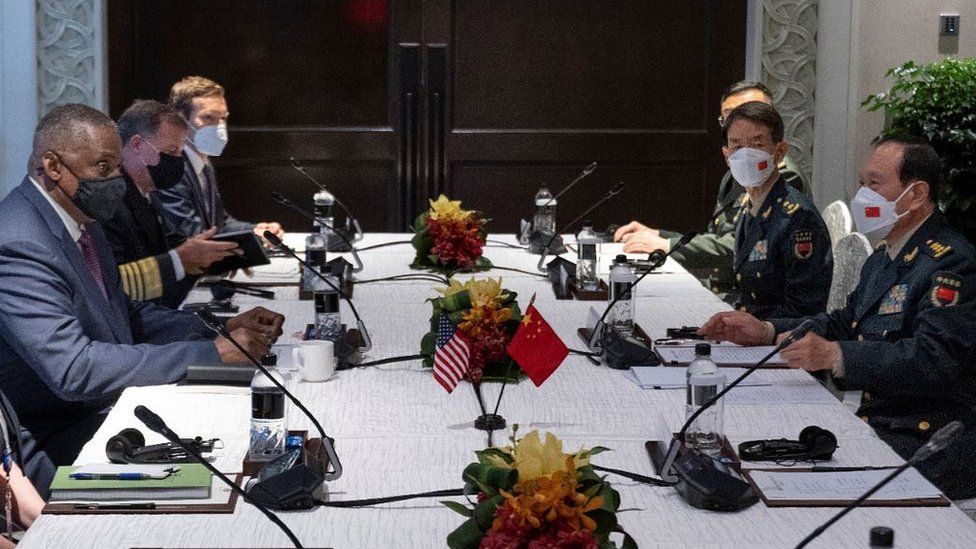 It was the first meeting of the US and Chinese defence chiefs and lasted nearly an hour, at the Shangri-La Dialogue security summit.

Mr Wei said the talks "went smoothly", and both sides described them as cordial.

Mr Austin spoke of the importance of maintaining fully open lines of communications with China's military, to avoid any misunderstanding.

In late May Taiwan said it had deployed fighter jets to warn off 30 warplanes sent by China into its air defence zone. The incident marked the biggest Chinese incursion since January.

China and Taiwan: The basics

*  Why do China and Taiwan have poor relations? China and Taiwan were divided during a civil war in the 1940s, but Beijing insists the island will be reclaimed at some point, by force if necessary

*  How is Taiwan governed? The island has its own constitution, democratically elected leaders, and about 300,000 active troops in its armed forces

*  Who recognises Taiwan? Only a few countries recognise Taiwan. Most recognise the Chinese government in Beijing instead. The US has no official ties with Taiwan but does have a law which requires it to provide the island with the means to defend itself.