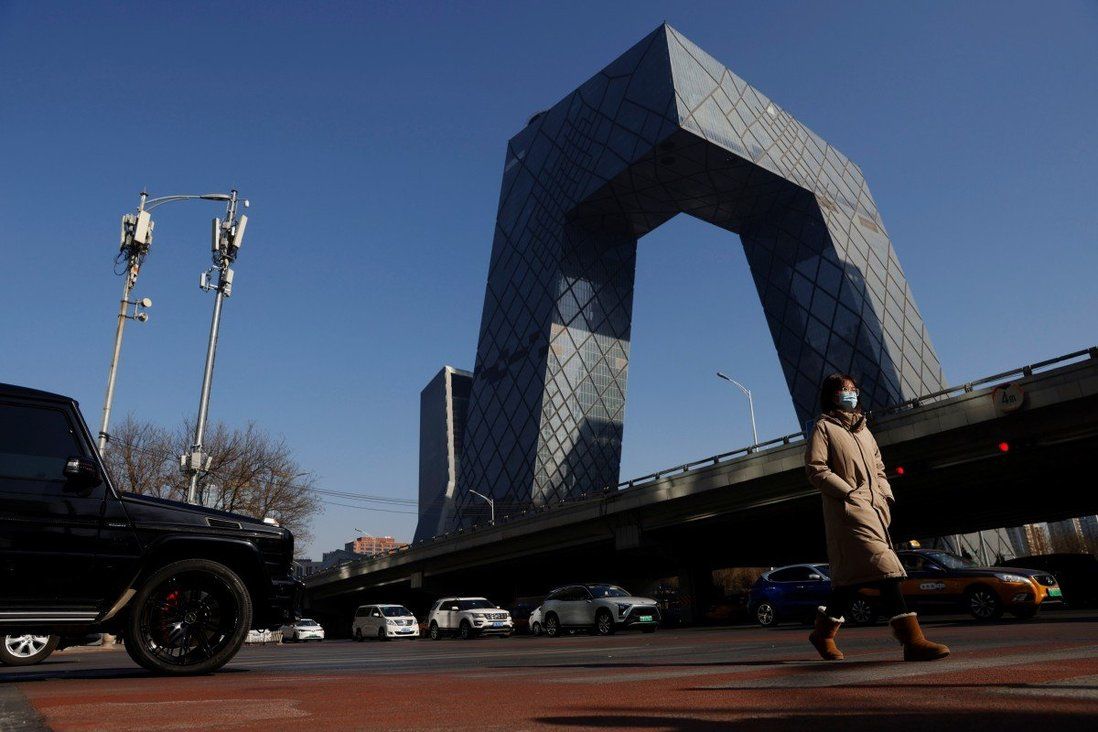 Beijing says it’s ‘firmly opposed’ to the decision and reserves the right to ‘take necessary measures’ to protect Chinese media. Foreign ministry has also accused the BBC of spreading ‘fake news’ in a Covid-19 report.
Beijing said it was “firmly opposed” to Britain’s decision to revoke a Chinese state media outlet’s broadcasting licence and threatened to retaliate, as relations deteriorate over human rights issues in Xinjiang and Hong Kong.

The Office of Communications (Ofcom) cancelled the licence on Thursday, saying English-language news channel China Global Television Network (CGTN)
was not under the editorial control of the registered licensee but the Chinese Communist Party. It said “licence holders cannot be controlled by political bodies”.

CGTN – which is broadcast in more than 100 countries – is operated by China Central Television (CCTV), under the party’s Publicity Department.

On Friday, China’s foreign ministry spokesman Wang Wenbin said the British media regulator had “politicised a technical issue” which would have a severe impact on Chinese media, and had “gravely disrupted normal bilateral exchanges between the two countries”.

“China is firmly opposed to this decision,” Wang said, adding that CGTN was an international media outlet that strictly obeyed British laws and was “objective, fair, true and accurate” in its reporting.

“The British side on one hand talks about the freedom of press, but on the other hand intervenes in the broadcasting of CGTN, which is blatant double standards and political suppression,” Wang said.

“China urges the British side to immediately stop political manipulation and correct this mistake. China reserves the right to take necessary measures to safeguard the legitimate rights of Chinese media,” he said.

Ofcom’s decision followed a year-long investigation prompted by a complaint from Asia-focused human rights NGO Safeguard Defenders. In an open letter, the NGO had set out how CGTN was tied to the Chinese Communist Party, in violation of Ofcom’s regulations that no broadcaster in Britain should be controlled or owned by a political body.

Peter Dahlin, director of Safeguard Defenders, said Ofcom had given CGTN many chances to change its licence to bring it in line with British regulations.

“[Ofcom] has given CGTN extensions and extensions and more extensions on the timelines and deadline to do this,” he said. “But CGTN has failed … despite hiring the world’s premier law firm Baker McKenzie, despite bringing on board former board members of Ofcom.”

“I think it’s difficult for them to respond [to the Ofcom decision] because they don’t want to scare off other European countries,” he said. “Having a presence in Europe is more important than ever for the Chinese state-party media, especially with the deterioration of ties with the US.”

Soon after Ofcom’s announcement on Thursday, China’s foreign ministry took aim at the British Broadcasting Corporation, accusing it of spreading “fake news” in a Covid-19 report that aired on January 29. In a statement, it demanded that the BBC apologise for the report, take measures to undo its “vile impact”, and for the BBC to stop smearing China.

The BBC – which is blocked in mainland China – has been targeted by Chinese state media and on social media for its coverage of the pandemic, as well as human rights issues in Xinjiang and Hong Kong, as relations have worsened between Britain and China.

The row over CGTN comes after Premier Li Keqiang told a group of political and business figures from the two countries on Wednesday that Britain was an important partner for China and they should expand cooperation and improve bilateral relations.

It also follows the House of Lords on Tuesday voting to pass an amendment to Britain’s trade law that could force the government to reconsider trade deals where the consignee has been found by British courts to have committed genocide. Lawmakers said the amendment was aimed at China’s alleged abuses of Uygurs in Xinjiang.
#COVID-19  #Covid
Add Comment