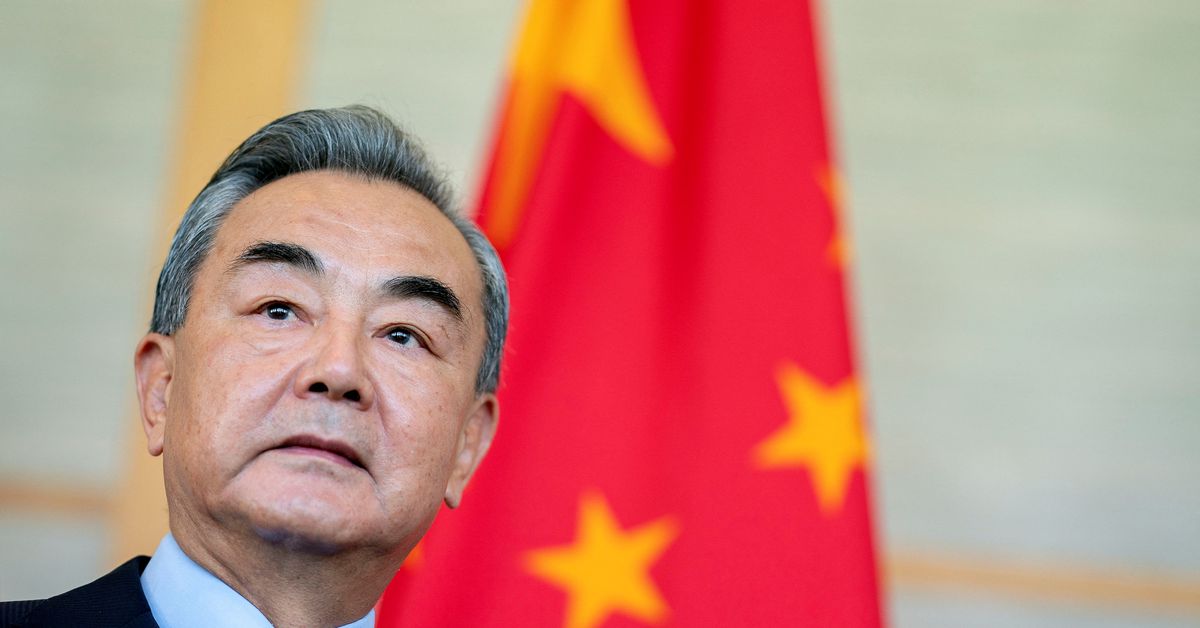 Chinese foreign minister Wang Yi said on Monday that countries should avoid being used as "chess pieces" by global powers in a region that he said was at risk of being reshaped by geopolitical factors.
Addressing the Association of Southeast Asian Nations (ASEAN) secretariat in a speech in the Indonesian capital

Jakarta, Wang said many countries in the region were under pressure to take sides.

"We should insulate this region from geopolitical calculations… from being used as chess pieces from major power rivalry and from coercion," said Wang, who was speaking through a translator.

"The future of our region should be in our own hands," he said.

Southeast Asia has long been an area of friction between powers given its strategic importance, with countries in the region now wary of being caught in the middle of U.S-China rivalry.

China claims almost the entire South China Sea as its territory based on what it says are historical maps, putting it at odds with some ASEAN countries which say the claims are inconsistent with international law.

Wang's speech comes just days after he attended a G20 foreign ministers' meeting in Bali and amid intense Chinese diplomacy that has seen him make string of stops across the region in recent weeks.

On the sidelines of the G20, Wang held a five-hour meeting with U.S. Secretary of State Antony Blinken with both describing their first in-person talks since October as "candid".

Wang said on Monday he had told Blinken both sides should discuss the establishment of rules for positive interactions and to jointly uphold regionalism in the Asia-Pacific.

"The core elements are to support ASEAN centrality, uphold the existing regional corporation framework, respect each other's legitimate rights and interests in the Asia-Pacific instead of aiming to antagonize or contain the other side," Wang said.

Responding to a question about Taiwan after his speech, Wang said Washington "by distorting and hollowing out the One China policy, is trying to play the Taiwan card to disrupt and contain China's development."

Tensions between Beijing and Taipei have escalated in recent months as China's military conducted repeated air missions over the Taiwan Strait, the waterway separating the island from China.

China considers Taiwan its "sacred" territory and has never renounced the use of force to bring the island under its control. Taiwan says it wants peace but only its people can decide their future.

Washington says it remains committed to its One China policy and does not encourage independence for Taiwan, but the United States is required to provide Taiwan with the means to defend itself under its U.S. Taiwan Relations Act.

"The two sides across the (Taiwan) Strait will enjoy peaceful development. But when the one-China principle is arbitrarily challenged or even sabotaged, there will be dark clouds or even ferocious storms across the strait," Wang said.

"Taiwan stands at the forefront of resisting authoritarian expansion and will not succumb to threats of force from the Chinese government," ministry spokeswoman Joanne Ou said.
Add Comment