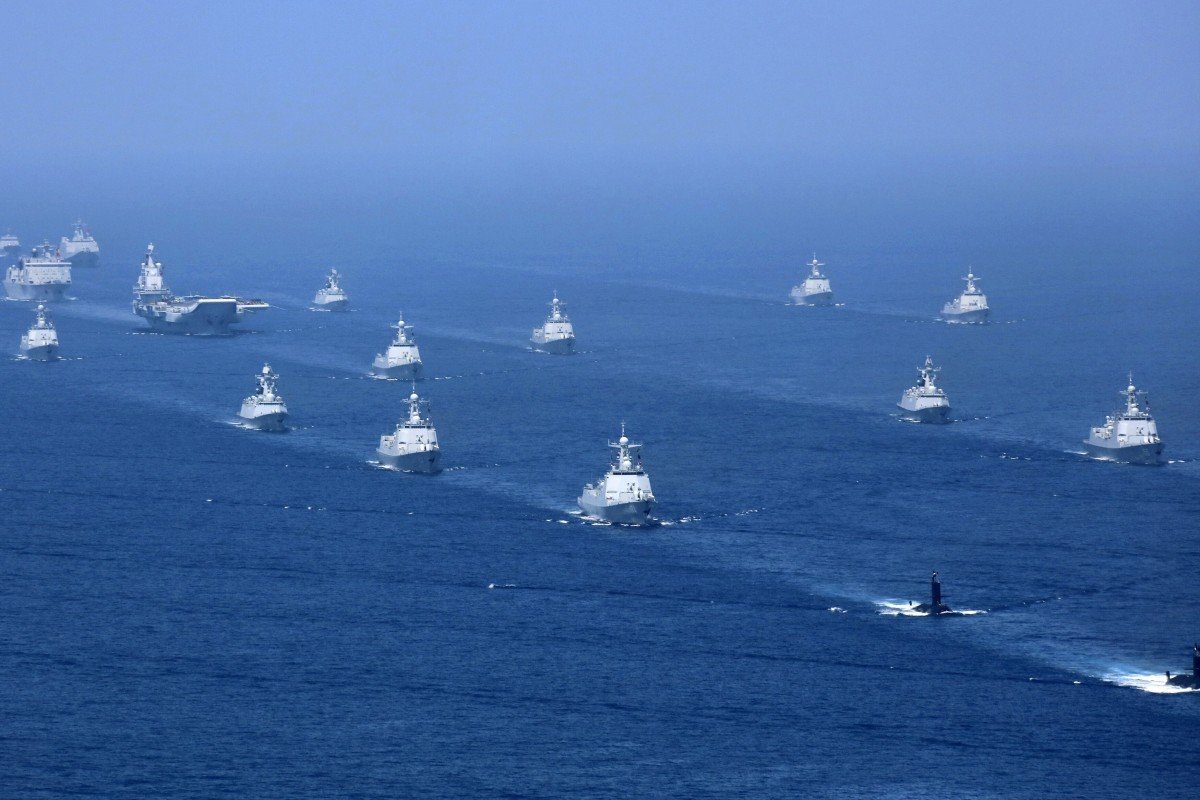 China warns Asean members against backing ‘troublemaker’ US in region

Luo Zhaohui, deputy foreign minister for Asian affairs, makes remarks ahead of crucial talks on a code of conduct for the disputed waterway.

Beijing has dialled up the pressure on its Southeast Asian neighbours ahead of key talks in the South China Sea dispute, with a senior diplomat warning them against backing US efforts in the region.

Luo Zhaohui, China’s deputy foreign minister for Asian affairs, also said negotiations with the Association of Southeast Asian Nations on a code of conduct in the waterway would resume on Thursday after being delayed by the coronavirus pandemic.

The talks began in 2002 but have stalled over Beijing’s insistence that “countries outside the region” be excluded, an apparent reference to the United States. Asean nations are increasingly torn between the feuding superpowers amid a growing risk of an all-out confrontation in the region.

Speaking by video link at an international seminar hosted by the foreign ministry and a state-backed think tank on Wednesday, Luo said the US was the root of the problems in the South China Sea.

But observers said his tough remarks on Washington may be counterproductive as Beijing tries to win support from its neighbours – in both the talks and its rivalry with the US – since he did not offer any new ways to address their concerns. Luo Zhaohui said the US was the root of the problems in the South China Sea.

Luo, China’s former ambassador to New Delhi, also took aim at Washington’s allies and partners in the Indo-Pacific, particularly those who have voiced support for US President Donald Trump’s stronger stance on Beijing over the disputed waterway and many other hot-button issues.

“Apart from its interference in the South China Sea, the US established the Quad, an anti-China front line also known as the mini Nato. This reflects the Cold War mentality of the US,” Luo said, referring to the US-led quadrilateral grouping with Japan, Australia and India.

“China does not make trouble, but we are not afraid of trouble,” he said, responding to US Deputy Secretary of State Stephen Biegun’s suggestion on Monday that Washington was open to expanding the four-nation bloc to other like-minded countries.

Biegun also said that the Indo-Pacific region did not have strong multilateral structures or “anything of the fortitude of Nato or the European Union”. US Secretary of State Mike Pompeo last year said the Quad was aimed at putting China back in its “proper place”.

Zhu Feng, who attended the seminar as executive director of the China Centre for Collaborative Studies of the South China Sea at Nanjing University, said Luo’s remarks came as Beijing was under unprecedented political, diplomatic and military pressure from Washington.

“With the US [presidential] elections approaching, the embattled Trump administration has deliberately raised tensions with China to revive his troubled re-election campaign, exacerbating the risk of conflict in the South China Sea,” he said.

Tensions neared boiling point after Pompeo in July rejected China’s claims to up to 90 per cent of the South China Sea as “completely unlawful”, lending support to rival claimants Vietnam, the Philippines, Brunei, Malaysia and Taiwan.

In recent weeks, Beijing has scrambled to counter Washington’s efforts and shore up ties with key countries in Asia and Europe amid fears of a new Cold War between the world’s two biggest economies. Top diplomat Yang Jiechi visited Myanmar on Tuesday after a trip to Singapore and South Korea last month.

At the seminar on Wednesday, Luo accused the US of making repeated provocations and trying to force countries in the region to take sides between Beijing and Washington.

“A troubled South China Sea only serves the interests of the US and its global agenda, while countries in the region have to bear the costs,” he told the gathering of retired government officials, and maritime and legal experts from the region.

“The US has become the biggest threat to peace in the South China Sea and the entire region. It is a troublemaker for cooperation, development and prosperity in the region.”

Luo also denounced a landmark UN tribunal ruling in 2016 in favour of the Philippines over China’s historically based “nine-dash-line” territorial claims to the waterway. And he dismissed concerns over China’s military manoeuvres in the region, including firing ballistic missiles into the South China Sea last week.

“Neither China nor Asean wants to turn the sea into an arena for power. We don’t want it to become a tool for geopolitical competition,” he said.

Observers agreed that China faced an uphill battle in its relations with Asean countries.

Collin Koh, a research fellow with the S. Rajaratnam School of International Studies at Singapore’s Nanyang Technological University, said Asean countries may also want to hasten talks on the code of conduct because of “pandemic-induced uncertainties fuelled further by what member states see as growing Sino-US tensions”.

Those tensions also meant that Asean had “new-found importance for China”, he said.

However, despite growing concerns from the region over Beijing’s assertive foreign policy, its stance on the maritime disputes remained unchanged, according to Zhang Mingliang, a Southeast Asian affairs expert at Jinan University in Guangzhou.

“While Luo’s remarks may appeal to the audience in China, his harsh rhetoric against the US is unlikely to help Beijing’s case ahead of these crucial talks on the maritime code of conduct,” he said, adding that it had not made enough effort to acknowledge the concerns of Asean members.