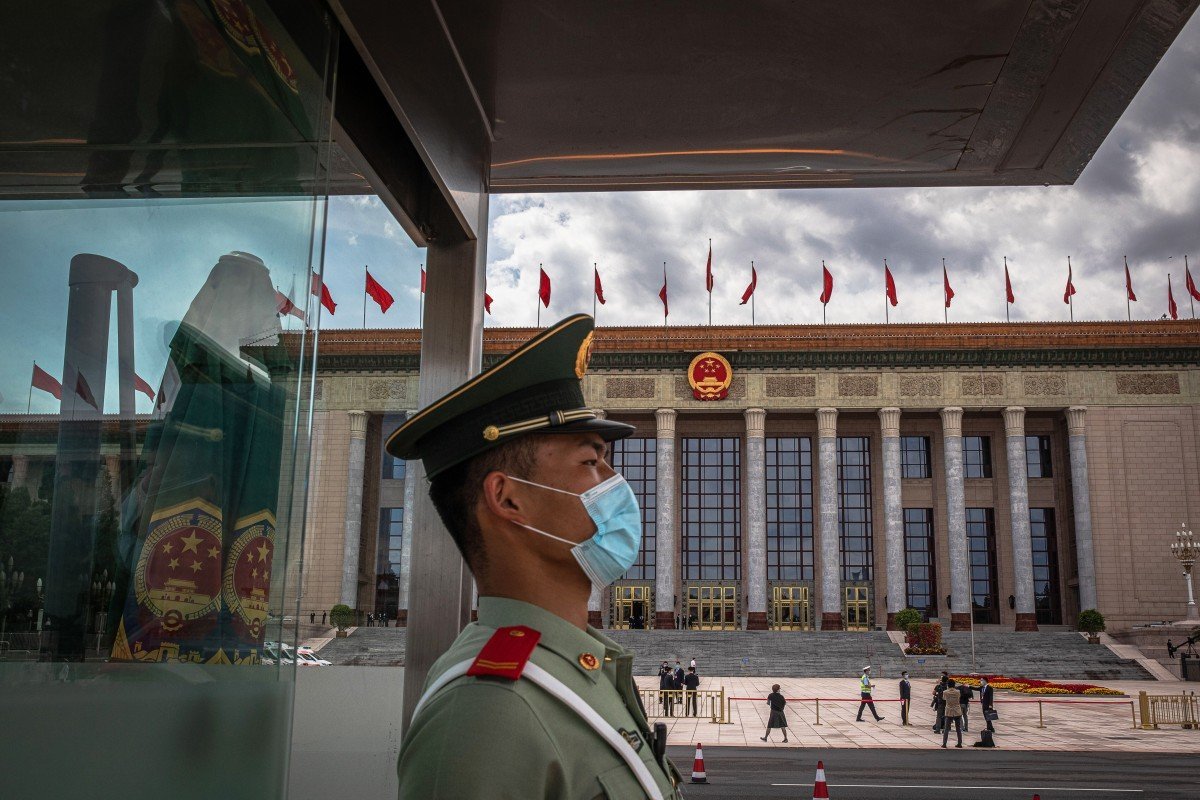 Foreign ministry says bill for the city is Beijing’s concern and it will accept no foreign interference. Asked about sanctions over the legislation, Donald Trump says the United States might make some move on this issue this week

China has again warned that it will retaliate against the United States if Washington takes action over Hong Kong this week.

Chinese foreign ministry spokesman Zhao Lijian issued the warning on Wednesday after US President Donald Trump said his administration would “do something” about the situation in Hong Kong this week in response to Beijing’s plans for a new national security law for the city.

Zhao said that the legislation for a “national security law for the Hong Kong special administrative region is purely China’s internal affair, and we brook no foreign interference”.

“As to the erroneous foreign interference in Hong Kong affairs, we will take necessary measures to fight back,” he said.

The central government was determined to implement the “one country, two systems” for Hong Kong, safeguard national security and oppose external interference in Hong Kong, he said.

“If there is anyone bent on harming China’s interests, China will have to take all necessary measures to fight back,” he said.

Asked if he was prepared to use sanctions against China over the issue, Trump said: “We’re doing something now. I think you’ll find it very interesting. It’s something you’re going to be hearing about … before the end of the week – very powerfully.”

Before it closes on Thursday, the annual session of the National People’s Congress is expected to pass a motion on enacting a national security law for Hong Kong, which will be added to the annex of the city’s mini-constitution, the Basic Law. Beijing officials have said the chances of Hong Kong’s legislature enacting the law itself are slim, and so they decided to take the process to the NPC, effectively circumventing any efforts by Hong Kong lawmakers in the opposition camp to try to block or filibuster the bill.

The central government’s move was met with widespread dismay and alarm in Hong Kong, which has already been roiled by massive pro-democracy protests over the past year, as well as the coronavirus pandemic.

US senators have proposed a bill that would allow for sanctions against anyone with a role in violating “China’s obligations to Hong Kong under the [Sino-British] Joint Declaration and the Basic Law”, and on banks who do business with them.

Under the Hong Kong Human Rights and Democracy Act Trump signed last year, the US State Department will assess Hong Kong’s autonomy and if the result is negative the US is obliged to reconsider Hong Kong’s special trade status.

Beijing has mobilised its diplomats to defend the move, with envoys telling their overseas counterparts that Hong Kong has become a notable source of risk to China’s national security.

Shi Yinhong, director of the Centre on American Studies at Renmin University in Beijing, said China’s countermeasures against Washington would depend on the US response to the legislation.

“It’s difficult to say what kind of countermeasures China will have at this point, because that will depend on the level of intensity of the US measures,” he said.