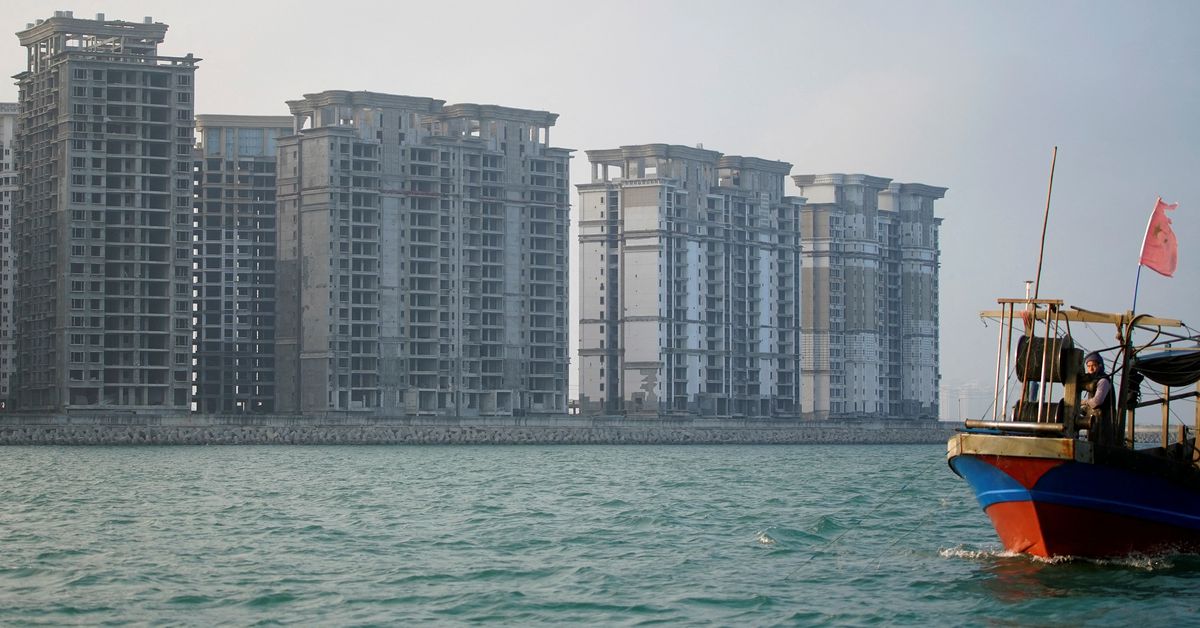 Chinese regulators on Thursday vowed to help local governments deliver property projects on time after homebuyers threatened to stop mortgage payments on unfinished apartments, in the first sign Beijing was stepping in to end the market chaos.

The homebuyers' threats have deepened investor concerns about the property sector, which accounts for a quarter of the economy.

Investors also worry about banks, rattled over the past year by developers' cash squeeze and some debt defaults.

The China Banking and Insurance Regulatory Commission (CBIRC) will strengthen coordination with housing and construction authorities and the central bank to back local governments in "guaranteeing the delivery of homes," state media cited an unnamed CBIRC official as saying.

In recent weeks, growing numbers of homebuyers have threatened to halt mortgage payments until developers resume construction of pre-sold homes, according to official and social media.

That would threaten to kill a nascent recovery in China's capital-starved property sector and hit banks with hefty writedowns, analysts warned.

The number of developments affected by protests grew from fewer than 20 at the start of this week to over 100 by mid-week, according to media reports and analysts, who see the number doubling by the weekend.

Developers involved in these unfinished projects include cash-strapped China Evergrande Group (3333.HK) and Sinic Holdings (2103.HK), according to analysts and media reports.

Investors dumped banking and real estate stocks on Thursday, with the CSI300 Bank index (.CSI000951) falling as much as 3.3%.

The CBIRC will also guide financial institutions in "risk disposal in a market-oriented way," while helping to stabilise home prices and expectations as well as property financing, the official said without elaborating.

Up to 1.5 trillion yuan ($220 billion) of mortgage loans are linked to unfinished Chinese residential projects, ANZ estimated in a report.

Mortgages account for nearly 20% of all loans and mortgage bad-loan ratios could rise three- to five-fold if homebuyers acted on their threats, analysts estimate.

"A primary concern is if this snub spreads too quickly and more home buyers follow suit only because their projects are going slowly, or simply out of a pessimistic outlook for the property sector," said Shujin Chen, equity analyst at Jefferies.

Though banks own the pre-sold apartments as collateral, they would still likely suffer a loss, because they have yet to be finished and their values could drop while banks waited for their completion.

"It's challenging to sell the apartments under current market conditions. Plus, if there comes a massive wave of home auctions, prices will crash," said Xiaoxi Zhang, China finance analyst of Chinese research group Gavekal Dragonomics.

Out of those, Agricultural Bank of China, China Construction Bank, Industrial Bank and Postal Savings Bank of China said on Thursday their mortgage books tied to uncompleted or delayed home projects were relatively small and the risk was manageable.

Bank of China, Industrial and Commercial Bank of China and China Merchants did not immediately respond to Reuters requests for comment.

ANZ said authorities could channel funds to ensure completion of unfinished projects, with banks and state-owned developers playing a role.

"Policymakers will need to send a clear and strong signal that they stand ready to be the "rescuer of the last resort"," said Morgan Stanley, adding plausible options included stronger demand stimulus and guarantees for quality developers.