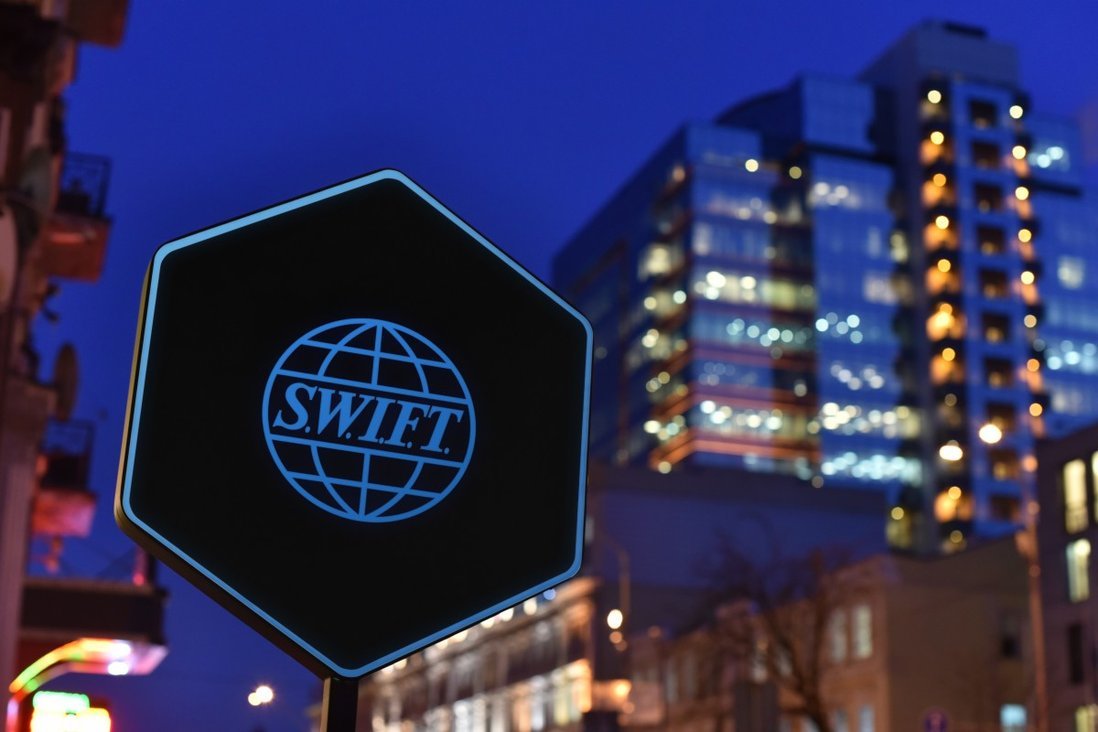 China should consider using digital technology to develop an alternative to the SWIFT financial payments system as a way of insulating itself from being cut off from the US-dominated financial messaging service, according to Liu Xiaochun, deputy dean of the Shanghai New Finance Research Institute.

The SWIFT system – the world’s largest electronic payment messaging system – and the US-based Clearing House Interbank Payments System (CHIPS) have afforded Washington broad powers to impose economic and financial sanctions against countries, leaving them unable to receive payments for exports, pay for goods or own US dollar-denominated assets.

Amid deteriorating relations with the United States, calls have been growing from within China for Beijing to make contingency plans against the risk of losing access to the services.

According to Liu, the recent signing of the 15-member Regional Comprehensive Economic Partnership (RCEP)– the world’s largest free-trade agreement – presented fresh opportunities to create a new system based on Asian regional currencies.

“Under RCEP, currency choices for regional settlement in trade, investment and financing will increase significantly for the yuan, yen, Singapore dollar and Hong Kong dollar,” Liu was quoted as saying on Tuesday in comments posted to the China Finance 40 Forum, a think tank comprising senior Chinese regulatory officials and financial experts.

“Chinese financial institutions must unite with other countries and regions to position themselves beforehand to adapt to the needs.”

While the new system for clearing, settlement and remittance of international payments should focus on China’s use, cooperation with international businesses should also be encouraged, the prominent Chinese economist said.

After the coronavirus epidemic, a trend of regionalisation will result in new models of trade, investment and finance that will diversify the currencies used in settlements away from the US dollar, Liu said.

This could make it possible for a regional, multi-currency clearing method that is more convenient, he said.

Liu laid out a long-term plan for how Beijing could create a payments system that was acceptable to foreign countries.

First, Chinese banks with overseas branches should build their own service that allowed the exchange of financial information, clearing and settlement with the Chinese market.

Then, major Chinese banks could start a technology platform company for financial information exchange that allowed other domestic banks to participate and was linked to the Cross-border Interbank Payment System (CIPS), China’s existing yuan-based payment system.

The final stage in development would be regional and global cross-border systems for mass clearing and settlement. Using financial technology, an international settlement information service company could be established that would track the entire process of trade finance using peer-to-peer encryption technology, Liu said.

Over the past year, the US has unleashed a series of sanctions on Chinese and Hong Kong officials, as well as companies, potentially penalising international and Chinese financial institutions that do business with them.

Washington can also use its sway to demand that SWIFT turn over information about transactions from any targeted bank for investigative purposes.

Given the CHIPS system is the largest private sector US dollar clearing system in the world, non-US international banks would also comply with sanction requests to safeguard their overseas network and US dollar-denominated transactions, or risk being kicked out of the network.

China wants to create a global yuan clearing and settlement system not only to circumvent US sanctions, but to enable effective data collection for the monitoring of financial crime, said Sky Guo, co-founder of enterprise-focused blockchain platform, Cypherium.

“The dependence on the US dollar for international transactions has not allowed the Chinese yuan to fulfil its market potential, hence China began to push towards a monetary system that would encourage increased global adoption of its native currency,” Guo said.

In recent years, due to the development of digital technology, other countries and institutions have also been building new cross-border settlement and business information networks, helping to reduce costs and improve efficiency of cross-border remittances.

For example, the Interbank Information Network (IIN) developed by JP Morgan Chase, which is used by 75 international banks, established a blockchain platform in November using US dollar deposit-based JPMorgan currency for payments and settlements, replacing the SWIFT system.

Mass adoption of new technology could also eventually create an overwhelming demand for new infrastructure to manage additional traffic given the risk of the system crashing.

A major distinction between China’s fintech payment and credit system and that of the US lies in their financial regulatory framework.

The US system is fragmented, with oversight and regulation divided among federal and state agencies that presents a more open operational ecosystem, Guo said.

“This plays a huge role in the extent to which payment and credit solutions can participate in the market, with the US appearing to be more tolerant towards new innovations than China, which is becoming famous for its clampdowns on emerging projects,” Guo said.

China’s CIPS system processed 135.7 billion yuan (US$19.5 billion) worth of daily transactions in 2019 – less than 2 per cent of the daily volume of the CHIPS clearing system.