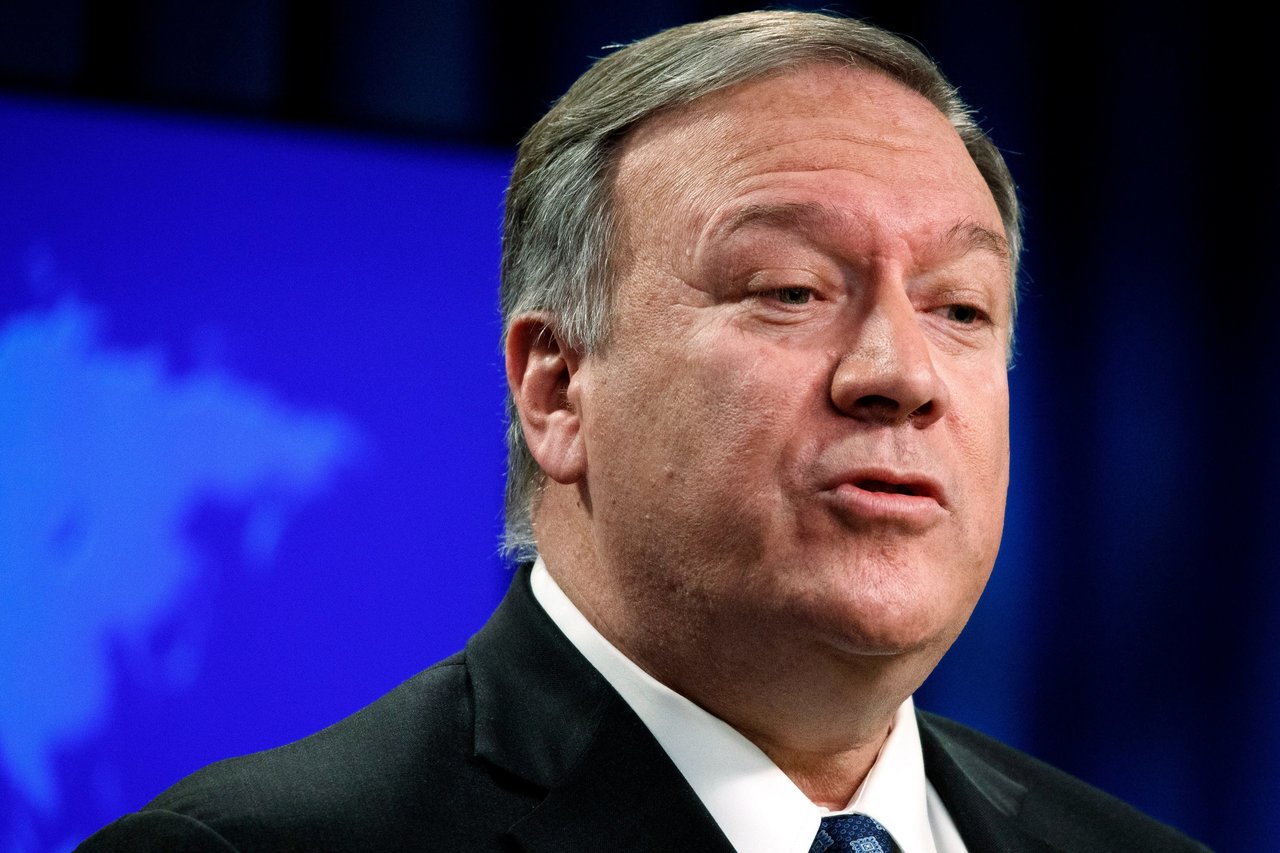 China said the U.S. is seriously violating the one-China policy after Secretary of State Mike Pompeo called the Taiwan president's leadership "an inspiration to the region and the world."

China threatened to take "necessary countermeasures" against the U.S. after Secretary of State Mike Pompeo congratulated Taiwanese President Tsai Ing-wen, who was sworn in on Wednesday.

"On Pompeo's congratulation to Tsai Ing-wen on her inauguration, we express strong indignation and condemnation. China will take necessary countermeasures, and the consequences will be borne by the U.S. side," said Zhao Lijian, a spokesperson for the Chinese Foreign Ministry.

Tsai, who has vowed to not let Beijing "downgrade" Taiwan, secured a second term after a landslide win in January.


"Congratulations to Dr. Tsai Ing-wen on the commencement of your second-term as Taiwan's President. Taiwan's vibrant democracy is an inspiration to the region and the world. With President Tsai at the helm, our partnership with Taiwan will continue to flourish," Pompeo tweeted Tuesday.

In remarks read at her inauguration ceremony, Pompeo called Tsai's "courage and vision" an "inspiration to the region and the world."

"As we look toward the future, I am confident that with President Tsai at the helm, our partnership with Taiwan will continue to flourish," Pompeo said.

Tsai has become an increasing challenge to China with the U.S.'s recent praise of the island state's first female president and her refusal to accept Beijing's "one country, two systems" policy. She has encouraged Taiwan's independence and actively rejected China's goal of unification.

In a statement Wednesday, China's Ministry of National Defense called Taiwan "inalienable" and said that "the actions of the United States seriously violate the one-China principle."

The one-China policy maintains that there is only one Chinese government, a policy the U.S. has recognized. The U.S.'s ties with China are formal, as opposed to its ties with Taiwan, which are unofficial.

Diplomatic relations between the U.S. and China have declined during the coronavirus pandemic, as President Donald Trump has blamed the Asian nation for the pandemic and accused Beijing of concealing the severity of its initial outbreak, which was in the city of Wuhan.

Support from Pompeo for Taiwan has increased tensions between the two superpowers. China views Taiwan as its territory even though it has long been a self-governed state.

Taiwan has gained recent global attention because of its quick and effective response to the coronavirus outbreak there. As early as December 31, the island began monitoring and screening incoming travelers, enacting mandatory quarantines and tracking citizens through their phones. Taiwan has not reported a new confirmed case in three weeks.