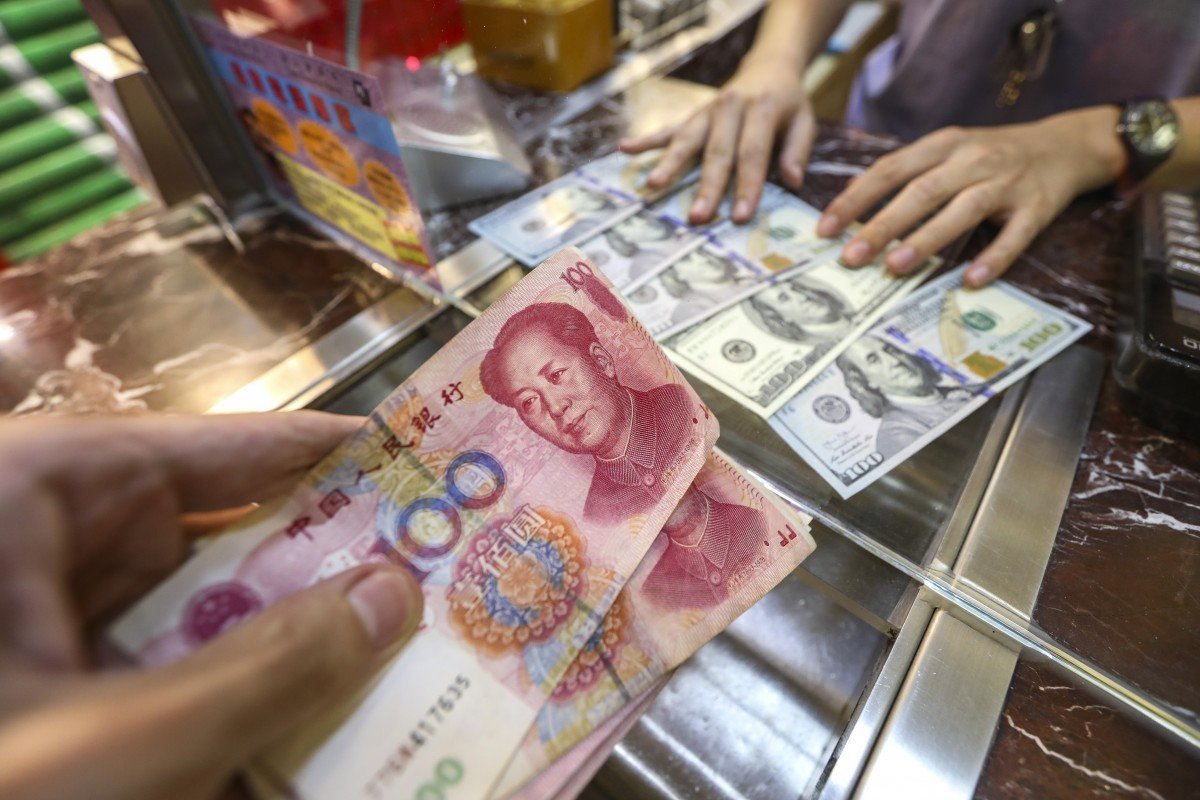 China has cut the US dollar weighting in a key yuan exchange rate index for only the second time since 2015. The change will help reduce China’s reliance on the American currency and promote greater international use of the yuan in financial transactions

China’s decision to cut the weighting of the US dollar in a basket of foreign currencies used to determine the strength of the yuan will help Beijing’s long-term efforts to weaken the international dominance of the American currency, economists said.

The China Foreign Exchange Trade System (CFETS), a unit of the Chinese central bank, trimmed the weighting of the US dollar on Wednesday to 21.59 per cent from 22.40 per cent in a key yuan exchange index to make it “more representative” of current trade conditions.

The new version of the index will be based on 2018 trade data, rather than data from 2015, when the CFETS was first established.

The move, which comes amid heightened trade tensions between China and the United States, will help Beijing’s long-term efforts to create an alternative international payments system, economists said.

“The yuan hopes to become a reserve currency, to prevent the situation where the US dollar dominates the global financial system – or the so-called hegemony of the US dollar. This is a longer-term goal … and an inevitable trend,” said Shen Jianguan, vice-president and chief economist at JD Digits, although he added that the adjustment also reflected changes to China’s trading environment.

His remarks were echoed by Lu Zhengwei, chief economist at China Industrial Bank, who said the cut would give the yuan marginally more independence against the US dollar.

“The yuan should live its own way – now there is too much shadow from other [currencies] hanging over it,” he said.

China still relied heavily on the US dollar and should look to expand the number of foreign currencies that can be directly exchanged with the yuan, Lu said.

Beijing has been locked in a bitter tariff war with Washington for the past 18 months, which has hit bilateral trade and sparked fears about decoupling between the world’s two largest economies.

China’s trade with the US shrank 11.1 per cent in yuan terms in the January-November period, according to Chinese customs data released last month.

The US fell to third place among China’s trading partners in 2019, surpassed by the Asean bloc. China has slipped from America’s top trading partner to its third largest.

However, the US dollar is expected to remain the settlement currency for most of China’s trade.

This week’s change to the yuan index is only the second time the CFETS has made an adjustment to the weighting. In 2017, authorities diluted the weighting of the US dollar by 4 percentage points from 26.40 per cent to 22.40 per cent after nearly doubling the number of currencies in the basket from 13 to 24.

The yuan’s exchange rate fell below 7 to the US dollar in August last year, prompting US President Donald Trump to allege China was deliberately making its currency cheaper to offset the impact of US trade tariffs. The US Treasury Department then followed with an official designation of China as a currency manipulator.

Although China has said depreciation was driven primarily by market forces, Beijing promised to keep the yuan’s exchange rate “basically stable” in relation to a basket of currencies as part of any trade deal with Washington.

“[We will] improve the floating exchange rate system based on the market and adjusted with reference to a basket of currencies, to stabilise the market expectation and maintain the flexibility of the yuan exchange rate,” the People’s Bank of China (PBOC) said in its third quarter monetary policy report.