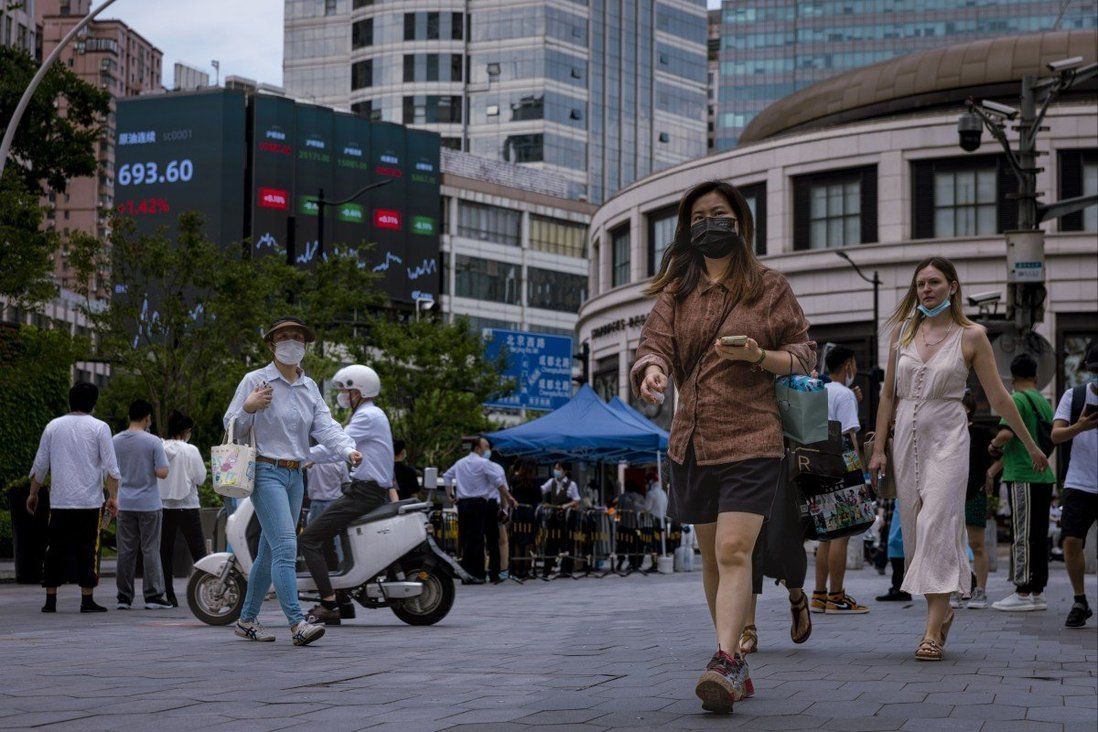 An expansion of the eight-year-old Stock Connect scheme will for the first time give mainland traders access to overseas companies listed in Hong Kong, an official said on Friday.

China’s government has widened a crucial transborder stock trading scheme in Hong Kong to strengthen its status as a global financial hub, in a crucial gesture that has won plaudits from banking and regulatory officials amid the city’s technical recession.

An expansion of the eight-year-old Stock Connect scheme will give mainland Chinese traders access to the shares of Hong Kong-listed overseas companies for the first time, according to the China Securities Regulatory Commission’s vice-chairman Fang Xinghai, at a financial forum in Beijing on Friday.

In addition, regulators in China and Hong Kong are studying a plan to create a special trading counter in Hong Kong for yuan-denominated stocks to facilitate the internationalisation of the Chinese currency, Fang said. Chinese Vice-Premier Han Zheng this week touted Hong Kong’s uniqueness as China’s offshore financial hub during a forum to promote the Belt and Road Initiative (BRI).

The Chinese central bank had just upgraded Hong Kong’s yuan settlement programme into a permanent arrangement in July, and raised the allocation by 60 per cent to 800 billion yuan (US$116 billion), giving the city a leg up over Singapore as the world’s trading hub for offshore yuan. 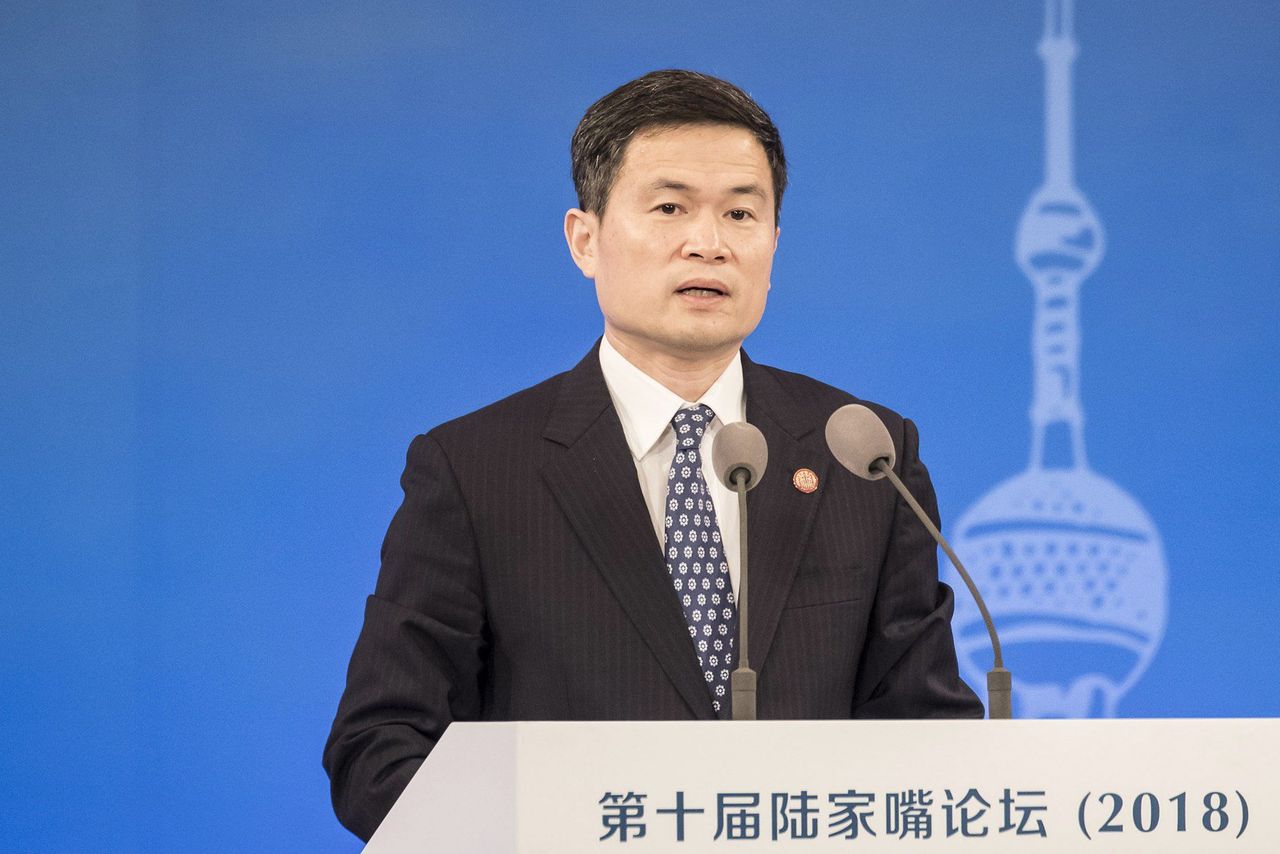 Fang Xinghai, vice-chairman of the China Securities Regulatory Commission (CSRC) spoke during the Lujiazui Forum in Shanghai on June 14, 2018.

The CSRC will also help Hong Kong to launch futures trading linked to Chinese government bonds and allow foreign investors to trade the derivative product on onshore markets, Fang said, without revealing when these changes would take place.

The implementation of these enhanced measures could help restore investor confidence in Hong Kong, which has struggled to retain its position as a global financial centre amid Covid-19 restrictions, a falling stock market, a dearth of initial public offering activity and an exodus of talent.

“The key for the expansion of the Stock Connect is to get foreign companies into it,” Fang said. “By doing so, Hong Kong will be able to attract listings of more global and foreign companies. That is one of the important measures for Hong Kong to play its role as an international financial centre.”

Some Hong Kong-listed foreign companies surged on Friday on expectations about fresh inflows from mainland investors, even if the benchmark fell by 0.7 per cent. Shares of the Italian luxury goods maker Prada rose by as much as 3.2 per cent while the US suitcase producer Samsonite International advanced by as much as 3.8 per cent.

The Stock Connect programme has evolved since its 2014 establishment into a major conduit for global funds to access China’s onshore yuan-denominated A-shares, which had been hitherto off-limits due to China’s capital control. The other end of the Connect conduit provides a bigger menu of investible options for mainland investors, who can now trade most of the biggest stocks listed in Hong Kong.

Participation by Chinese onshore traders has now become one of the pillars that underpins Hong Kong-listed stocks. Citic Securities estimates that mainland inflows have accounted for more than 10 per cent of the daily transactions in Hong Kong this year.

The CSRC and Hong Kong’s Securities and Futures Commission (SFC) earlier agreed to add exchange-traded funds (ETFs) to the Stock Connect scheme, which links markets in Shanghai and Shenzhen with Hong Kong, starting July 4, a move that was seen as a gift marking the 25th anniversary of the city’s handover. Authorities also recently proposed a decrease in the number of trading holidays for the programme in a bid to boost volume.

Still, some analysts argue that Hong Kong’s stocks may need more tonics, as the handful of foreign companies trading in the city is unlikely to generate enough interest to lift sentiment on the broader market.

“This is a slight enhancement of the integration between Hong Kong and the mainland,” said Willer Chen, associate director at Forsyth Barr Asia. “There are a limited number of such companies in Hong Kong, while mainland investors’ interest in them is relatively limited.”

The Hang Seng Index is valued at 7.4 times earnings, making it the world’s cheapest exchange after Brazil, according to Bloomberg data. The Hong Kong shares of 146 dual-listed Chinese companies trade at a 30-per cent discount on average to their yuan-denominated counterparts, according to stock exchange data.

After a year of the regulatory crackdown, the valuations of Tencent Holdings, Meituan and China’s other tech stocks have fallen to historic lows, making them attractive again for global money managers such as JPMorgan Asset Management and Fidelity International.

“The announcement shows that the [Chinese] government is throwing its full weight behind Hong Kong in attracting foreign listings,” said Tom Chan Pak-lam, chairman of Institute of Securities Dealers or Hong Kong, an industry body of local brokers. “This is the time for HKEX and the regulator to speed up their international promotional efforts to attract more overseas firms to raise funds here.”

The HKEX is poised to open offices in New York and Europe to attract global listing, Aguzin said during a June interview with the Post. The city’s government is also about to embark on a promotional tour of Southeast Asia to attract listings, the Secretary for Financial Services and the Treasury Christopher Hui Ching-yu said this week.

“It is now the right time for the roadshow to attract international listings in Hong Kong,” Chan said. “Hong Kong should also introduce products for the trading of yuan shares as soon as possible” since the Chinese government has shown support for the initiative, he said.