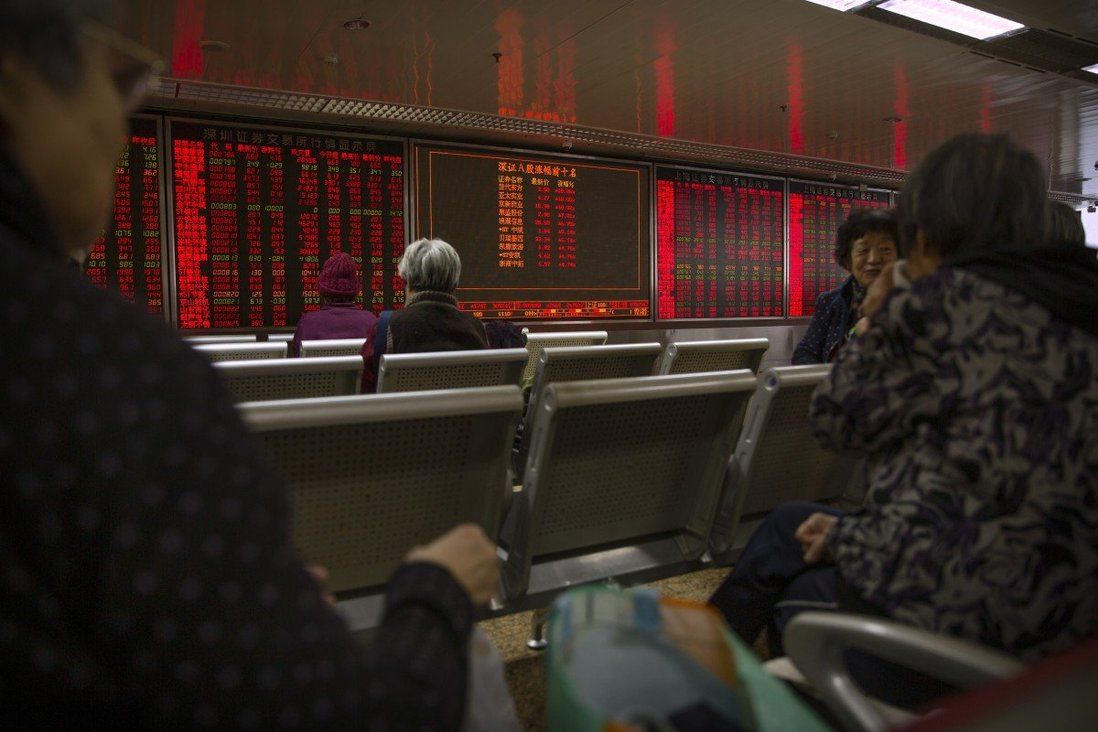 Stocks in mainland China slipped as tech stocks retreated from a six-year high on valuation concerns. Markets in Hong Kong were shut to mark the 24th anniversary of city’s handover.
Stocks in mainland China fell as index tracking technology start-ups retreated from a six-year high, as concerns about overstretched prices tempered celebrations marking the 100th anniversary of the Communist Party.

The Shanghai Composite Index dropped 0.1 per cent to 3,588.78 at the close on Thursday. The ChiNext index slid 0.6 per cent, after the gauge advanced this week to within 14 per cent of its all-time high on June 3, 2015. Markets in Hong Kong were closed for a holiday to mark the 24th anniversary of the city’s return to Chinese sovereignty.

Stocks linked to the clean-energy sector led losses, as traders unwound some bets after a stellar run. Sungrow Power Supply, an maker of inverters for solar power, tumbled 6.1 per cent to 108 yuan from near an all-time high. Contemporary Amperex Technology, which supplies batteries to Tesla, slid 1 per cent to 529.50 yuan. LONGi Green Energy Technology, a maker of polysilicon panels, sank 4.2 per cent to 85.12 yuan.

“Stocks have made pretty decent gains in the run-up to the centenary event, so they need a breather here,” said Dai Ming, a fund manager at Huichen Asset Management in Shanghai. “Also, we will not see a major pullback in this political event. Otherwise, there could be action to stabilise the market.”

Onshore stocks performed well during recent party anniversaries. The CSI 300 Index of the most valuable stocks in Shanghai and Shenzhen rose on July 1 in three of the past five years. The gauge jumped 2 per cent last year, 2.9 per cent in 2019, and 0.01 per cent in 2016. It fell on non-trading day in 2017 and 2018.

The lacklustre sentiment on stocks contrasted with a massive preparation for the centenary event. Party strongman Xi Jinping delivered a nearly hour-long speech at the event, declaring that China has built a moderately prosperous society, reiterating its reunification plan and defending its territorial rights.

The anniversary event follows recent economic data signalling a slowdown in the manufacturing and services sector, as well as warnings about risks emanating from excessive liquidity in the global financial system.

While a major relapse in China’s economic activity is unlikely, the strong tailwinds that have propelled its recovery since June last year have since abated and will lead to softer growth, according to BCA Research. Chinese policymakers have the confidence to scale back leverage and continue with market reforms, it added.

Other major equity markets in Asia-Pacific were mostly down, as a stronger US dollar and the recent flare-up in cases stoked by the infectious Delta strain renewed concerns about the global recovery outlook. US equities capped its longest quarterly gain streak since 2017 in overnight trading.
#Tesla
Add Comment