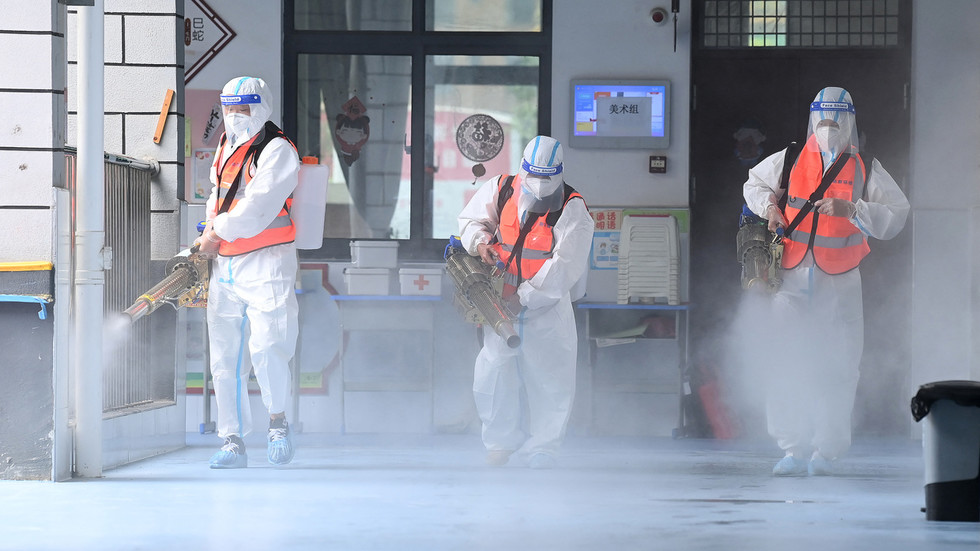 The US intelligence report on Covid-19 origins that didn’t rule out the possibility of it coming from a laboratory has nothing to do with science and is aimed at “scapegoating” Beijing, the Chinese Embassy in Washington has said.

In May, US President Joe Biden gave the US intelligence community 90 days to figure out the source of the coronavirus after being left dissatisfied with the findings of the joint probe by China and the World Health Organization (EHO). The first cases of the Covid-19 outbreak were registered in the Chinese city of Wuhan in December 2019, and Washington had been long trying to pin the blame on the pandemic, which so far infected over 215 million and killed more than 4.4 million people around the globe, on China. Biden’s predecessor, Donald Trump, famously referred to Covid-19 as the “Chinese virus,” despite vigorous objections from Beijing.

The much-anticipated intelligence report was made public on Friday but failed to live up to the hype. It turns out that the US spy agencies remain “divided” on the origins of the coronavirus, with the two main hypotheses being “natural exposure to an infected animal” and “a laboratory-associated incident.” One agency, which wasn’t named, argued with “moderate confidence” that the virus originated in a Chinese government lab, while four others leaned towards the natural causes with “low confidence.”

Beijing was left dissatisfied with the paper despite it not being as affirmative and condemning as some in Washington expected.

“A report fabricated by the US intelligence community is not scientifically credible,” the Chinese Embassy in the US said in a statement late on Friday. “The origin-tracing is a matter of science; it should and can only be left to scientists, not intelligence experts.”

The paper by the US spy agencies is “based on presumption of guilt on the part of China, and it is only for scapegoating China,” the statement insisted, adding that “the wrong path of political manipulation” taken by Washington will only “disturb and sabotage” international efforts on finding the source of the virus.”

"The report by the US intelligence community has not produced an exact answer the US side wants. Continuing such an effort will also be in vain, because its subject is simply non-existent and anti-science."

Washington keeps “ignoring” the results of the joint China-WHO probe in March, which described the likelihood of the coronavirus escaping from a laboratory in Wuhan as “extremely unlikely,” the embassy reminded.

It also expressed “firm opposition” to and “strong condemnation” of claims made in the intelligence report that China has been hindering the investigation into the origins of the virus and refusing to share data with international bodies. The statement insisted that the WHO experts were allowed access to all sites they wanted to visit in China.

However, earlier this month, the WHO voiced its intention to continue the probe into the origins of the coronavirus. In a call, apparently addressed to Beijing, it urged the member states to “cooperate to accelerate the origins studies,” while pointing out that access to relevant data was “crucially important.” According to the UN body, “giving permission for the retesting of samples,” which China refuses to provide, “reflects scientific solidarity at its best.”

The Chinese Embassy insisted the US should also “make public and examine the data of its early cases,” reiterating earlier calls by Beijing to investigate American laboratories for the origins of the virus. The Chinese authorities have been demanding such a probe based on several studies that found traces of Covid-19 in the US and some other countries before the outbreak in Wuhan.