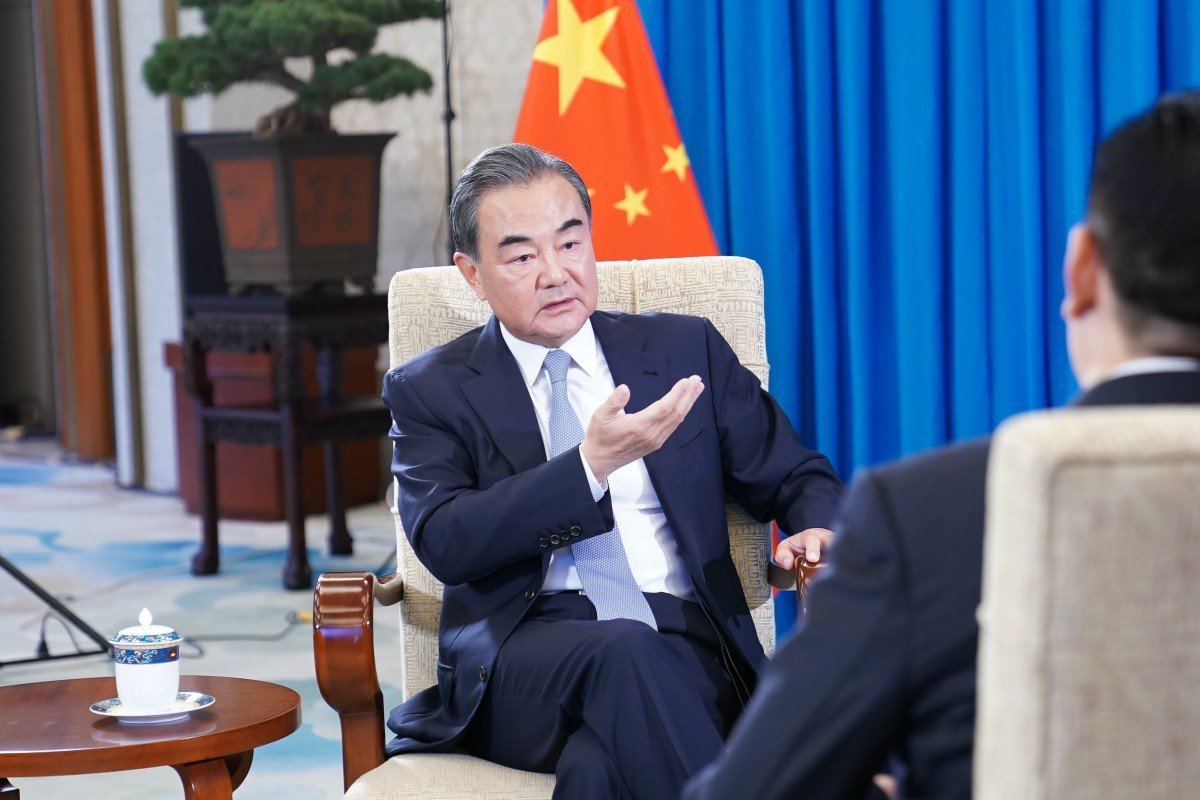 China sets bottom lines with US; ‘no plans to unseat superpower’

Beijing has for the first time given a detailed and measured response to the US Secretary of State Mike Pompeo’s “Chinese Communist Party” speech,
stressing that it has no intention of unseating the United States as a superpower, and defining bottom lines for their relationship.

In an interview with state news agency Xinhua on Wednesday, State Counsellor and Foreign Minister Wang Yi laid out Beijing’s position amid rising risk of decoupling in the run-up to the US presidential election in November.

Wang’s remarks were Beijing’s first comprehensive response to Pompeo’s address at the Richard Nixon Presidential Library on July 23 when he took aim at the Communist Party and declared that the US’ engagement with China was a failure.

In the interview, Wang rejected Pompeo’s criticism but also warned that China-US ties were “facing the gravest challenge” in more than four decades.

He said Beijing rejected any attempt to create a new Cold War or revive McCarthyism. Instead, it stood ready to restart dialogue with Washington at all levels to ease the tensions and to “put in place a clear-cut framework” in the relationship, he said.

“Today’s China is not the former Soviet Union. We have no intention of becoming another United States. China does not export ideology and never interferes in other countries’ internal affairs,” Wang said.

In a rare move, Xinhua published the English version of the full interview on its website. Party mouthpiece People’s Daily also published the interview in full with the headline “Essential to establishing a clear framework of Sino-US relations”, suggesting that the text was meant to be a marker for Chinese diplomats and opinion leaders to follow.

Beijing and Washington have engaged in a tit-for-tat shutdown over diplomatic consulates and cut off journalistic exchanges in recent weeks. The two countries rattled sanctions over Hong Kong and Xinjiang and have ratcheted up their tech war and military competition.

“Our message is quite clear: we urge the US to stop acting with arrogance and prejudice, but enter into constructive dialogue with us on an equal footing,” Wang said.

Analysts said Beijing might be looking beyond the election, sending a message to both the political elites in Washington and the rest of the world that it was a sensible actor in contentious tensions and a responsible defender of international rules.

Chen Long, a partner at independent research agency Plenum, said China was taking a long-term view, pinning the hope of de-escalation on a new US administration under the presumptive Democratic nominee Joe Biden, the leader in the polls.

“Minister Wang’s remarks could be a message to Joe Biden, whose camp has built up a huge team of foreign policy and national security experts,” Chen said.

“It could also be out of consideration for a clear approach to the US as [China] is laying out the next five-year development plan and a longer-term ‘2035 vision’, the major missions for a plenary session of the Communist Party to be held in October.”

Wang’s interview covered a wide range of issues and expanded on his earlier proposal for a phased-in approach to address disputes and put relations back on track.

He underlined “clear red lines” for Beijing, insisting that the US must “abandon its fantasy of remodelling China to US needs. It must stop its meddling in China’s internal affairs, and stop its irrational cracking down on China’s legitimate rights and interests.”

“China never intends to and will never interfere in the US election and other US internal affairs,” Wang said.

He called the South China Sea “a common home for countries in the region” and said it should not become “a wrestling ground for international politics”. He also said the “zero-sum mentality” should be abandoned and the two sides should work together on pandemic prevention and economic recovery, playing responsible roles in multilateralism.

He defended China’s response to the pandemic and stressed that Hong Kong was an internal affair for China.

Beijing was not interested in a diplomatic fight but would not shy away from hitting back, he said.

Chen of Plenum, however, expected the tension to continue at least in the short term.

“On diplomatic issues we expect to hear more noises to further impair bilateral relations in the coming three months ahead of the November election,” he said.

“What matters to the relationship over the short term is whether the implementation of the phase one trade deal will continue and whether the US sanctions on banks will exceed expectations on issues around the national security law in Hong Kong.”

Hours before the release of Wang’s interview, the US announced that Health and Human Services Secretary Alex Azar would visit Taiwan
, the highest-level official visit to the island since 1979.

And soon after the release of the interview, the US State Department urged US app stores to remove “untrusted” Chinese-owned apps, including messaging platform WeChat.

The call marked an expansion of the US’ “clean network” campaign which has also targeted Chinese-owned video streaming platform TikTok.

Liu Weidong, a US-China relations specialist at the Chinese Academy of Social Sciences, said China had been sending goodwill messages to the US administration but the White House was deliberately sharpening the conflicts in the interests of its presidential campaign.

“[Wang is also sending] a message to the US voters … that China is not responsible for derailing China-US ties,” Liu said.

“We need to keep calm and refrain from becoming too contentious or seeking reciprocity on every issue, otherwise it would impair our global image.”

Shi Yinhong, an adviser to China’s cabinet and an international relations professor at Renmin University in Beijing, doubted whether the calls for dialogue would ease tensions.

But there were some areas where talks could be effective – both sides should discuss how to avoid military clashes in the South China Sea or the Taiwan issue to prevent the US from radically changing the one-China policy, he said.

“We need to figure out detailed conditions or compromises for negotiations over some key issues and stick to them with the new US administration, not just have goodwill talks with no real content,” Shi said.