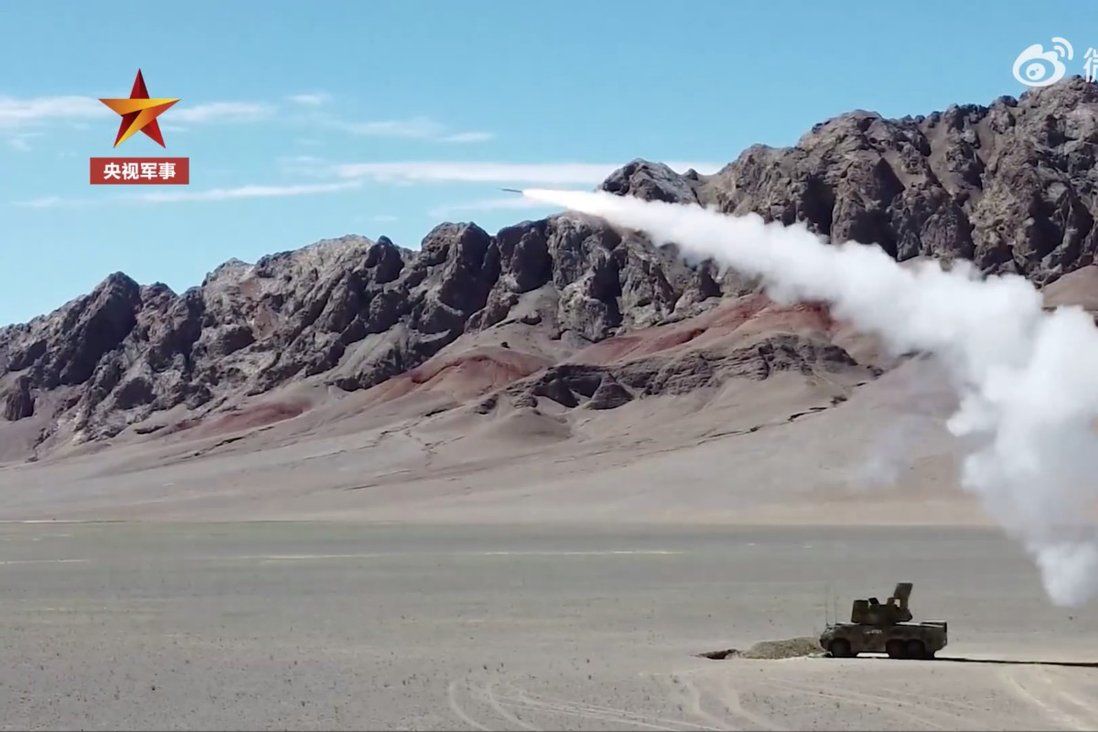 The PLA’s Xinjiang Military Command tested an updated surface-to-air defence missile in the region’s high-altitude plateau, state broadcaster CCTV reported, as the US and India prepare for joint Himalayan military drills in October.

Military observers said that from the footage the weapons appeared to be HQ-17A air defence missiles, part of an integrated system that can fit in a single vehicle, and is regarded as very mobile and accurate.

One military observer said the tests in Xinjiang were a show of deterrence in the countdown to the India-US drills near India’s disputed border with China.

CCTV reported on Monday that the Xinjiang command conducted live-fire drills with a “new type of surface-to-air missile” at an altitude of more than 4,500 metres (14,760 feet).

The missile hit a target plane flying at a low altitude on its first attempt.

Operators of the system took evasive action and hit a target in a second round of strikes despite strong electromagnetic interference from the aircraft, the report said. 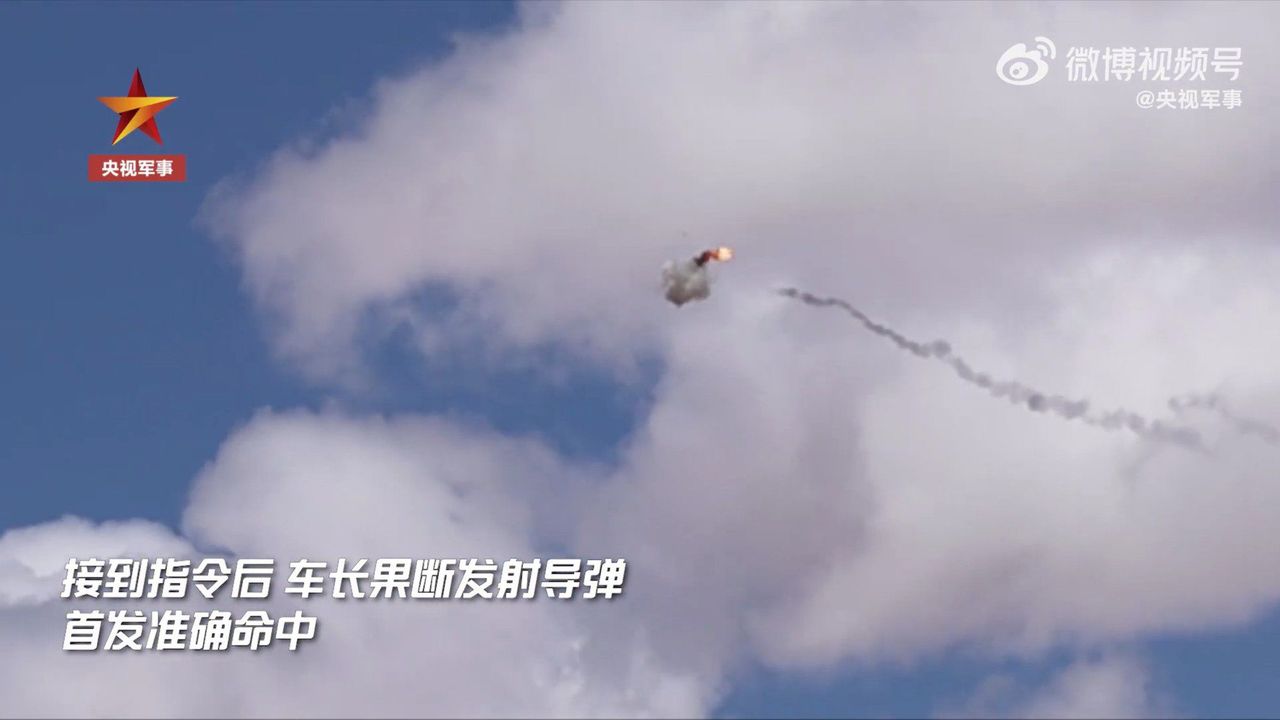 The test comes roughly two months ahead of a US-India military drills to be held near disputed border with China.

The HQ-17A made its first public appearance in 2019, in the October 1 National Day military parade in Beijing.

The basic version of the HQ-17 air defence missile system used a tracked chassis, while the improved HQ-17A used a wheeled chassis, he said.

“Improvements have also been made to the performance of its search and radar tracking ability,” Yue said.

The export version of the HQ-17A – the HQ-17AE – was cleared for export last year.

Yue said the drills by the Xinjiang command, which oversees the disputed China-India border, indicated Beijing’s concern about the upcoming US-India exercises.

The Indian Army confirmed this month its plans to hold drills in October with the United States less than 100km (62 miles) from the Line of Actual Control, the de facto border between India and China’s Tibet autonomous region.

The announcement came as tensions between Beijing and Washington simmered over Taiwan, with the PLA winding down unprecedented military drills around the island in retaliation for US House Speaker Nancy Pelosi’s visit last week.

“Now the PLA is carrying out high-profile fire strike exercises on the plateau, with the aim of deterrence and countermeasures,” Yue said.

“[The US-India drill] will show off forces at the gate of China. But no matter one country or many countries, China is not afraid to prepare for war,” he said.

Song Zhongping, a former Chinese military instructor, agreed that the improved version of the HQ-17 missile defence system was used in the drills.

But he said the drills were normal exercises and not linked to the planned US-India manoeuvres.