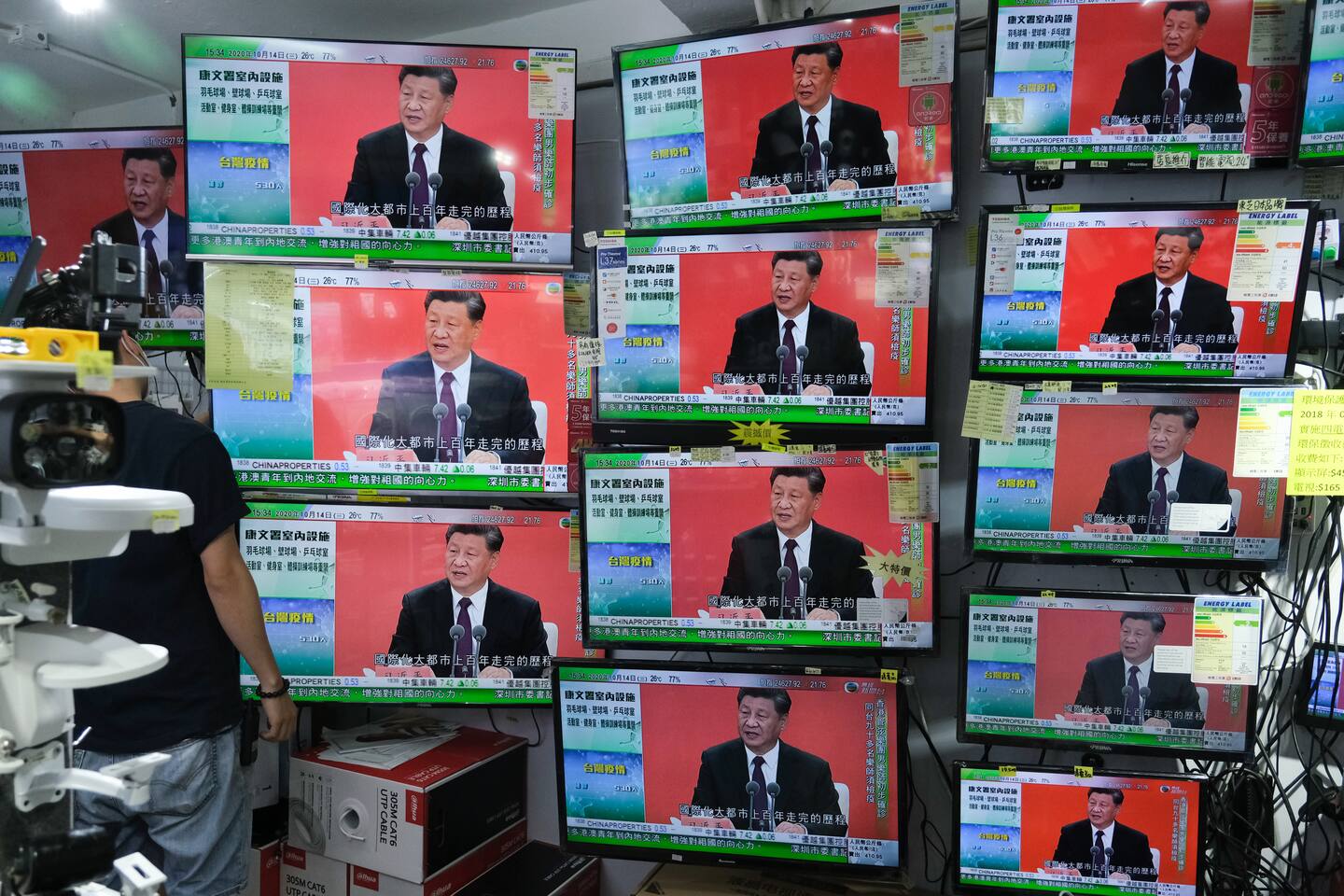 Leader called for the tech hub to develop into a “model city,” while saying Hong Kong should integrate further with the mainland economy.
Shenzhen and Hong Kong have long represented two visions of China's development, separated only by a seam of water. To the north of the Sham Chun River, Shenzhen is governed by mainland law and is home to China's high-tech champions Huawei and Tencent.

To the south, Hong Kong was the outward-facing one, an English-speaking center of finance and trade that was allowed — until recently — a greater measure of free speech.

Beijing is now pushing the balance in favor of Shenzhen, with a new blueprint to turn the city into a world-class hub for finance, trade and other sectors that have long been Hong Kong's remit.

It is, in effect, doubling down on its domestic economic experiment, while leaving the prospects uncertain for the other one across the river, the former British colony that continues to resist Beijing's rule.

In a speech on Wednesday, China's leader Xi Jinping announced plans to build Shenzhen into a "model city" of innovative industries and rule of law, while touting closer integration of Hong Kong into the mainland economy. In the audience was Hong Kong Chief Executive Carrie Lam, who had delayed her annual policy address to attend.

"We are forming a new development pattern with the domestic economy cycle playing a leading role," Xi said.

The top-level support for Shenzhen was meant to be a message for Hong Kong, said Victor Gao, a chair professor at China's Soochow University and a former Foreign Ministry official.

"If you do not have stability, if you are caught up in revolution, or great turmoil, or anarchy, then you will lose out on whatever advantages and resources you may have previously had," Gao said. "Then your economic development will reverse course."

Since last summer, Hong Kong has been rocked by sometimes-violent protests against Beijing's tightening grip on the city. The ensuing crackdown led to thousands of arrests and China's imposition of a national security law that sharply curtailed political freedoms and spurred doubts among international businesses about Hong Kong's viability as a base.

On Wednesday, Xi gave the speech in Shenzhen to mark the 40th anniversary of the city’s designation as a special economic zone or SEZ, a key event that helped turn China into an economic powerhouse. Former Chinese leader Deng Xiaoping had designated the then-fishing village a test-bed for international trade and market reforms.

Shenzhen holds personal importance for Xi, as his father had played a central role in setting up the city’s SEZ and the others in Guangdong province 40 years earlier, said Joseph Torigian, an assistant professor of political science at American University. Xi has touted his plan as a continuation of the older generation’s work, though the situation now is far from the same.

“The SEZs were founded when China’s relations with the outside world were rapidly improving,” Torigian said. “They were predicated on the idea of a more peaceful, permissive environment.”

In his remarks Wednesday, Xi authorized Shenzhen's officials to act with greater autonomy in trying out new economic models. He said drawing international talent would be a priority.

The new Shenzhen five-year economic plan includes developing a more fair and open market environment, which would be a draw to foreign companies, but also includes contradictory calls for a "socialist pilot zone," said Jim Zimmerman, a Beijing-based attorney and former chairman of the American Chamber of Commerce in China.

"Clearly, efforts to enhance the business environment in Shenzhen will help the region continue to move up the value chain, and thus be a destination for business," said Zimmerman. "But this plan, on its own, won't impact a decision to be in Shenzhen versus Hong Kong since the plan is still a work in progress."

In his speech, Xi also pledged Beijing’s continued support for an initiative known as the Greater Bay Area, a strategic plan to integrate several southern metropolises, including Hong Kong, to form a regional growth engine to rival Silicon Valley.

This plan has met with pushback in Hong Kong. Pro-democracy activists view the Greater Bay Area as a way of eroding the city’s distinct culture, way of life and economic value to China, neutralizing its international advantages.

“Some people may think it indicates a directive to integrate Hong Kong into Shenzhen,” said Charles Mok, a pro-democracy lawmaker who represents the technology sector in Hong Kong. “But I see it more as Shenzhen first, Hong Kong second.”

“Under a difficult environment for global connections and trade, they can only take from Hong Kong,” he added.
Hong Kong was supposed to enjoy a high degree of autonomy within China until 2047. But it has seen its status as an international financial center erode as Beijing has exerted greater influence over its policies. In May, Secretary of State Mike Pompeo told Congress that Washington would no longer treat Hong Kong as separate and autonomous from mainland China.

In August, the United States placed sanctions on Hong Kong officials, including Lam and the current police chief, for undermining the city’s autonomy. Hong Kong-made goods exported to the United States must now be labeled “made in China.”
Add Comment