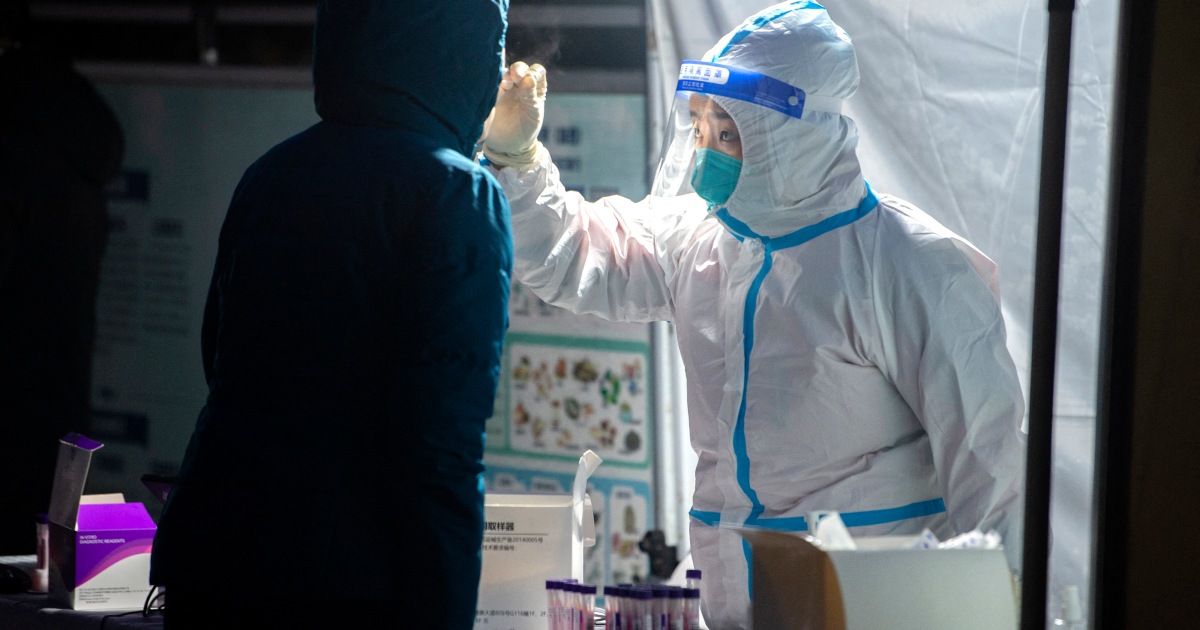 Since locking down the city last week, authorities launched several rounds of mass testing and placed nearly 30,000 people in hotel quarantine.
The locked-down Chinese city of Xi’an has tightened COVID-19 controls to the “strictest” level, banning residents from driving cars around town in an effort to control the country’s worst outbreak in 21 months.

Restrictions tightened further on Monday as Xi’an announced it would impose the “strictest social control measures”, according to a city government social media account.

China has stuck to a “zero-COVID” strategy of tight border restrictions, lengthy quarantines and targeted lockdowns as Beijing prepares to welcome thousands of visitors for February’s Winter Olympics.

But Xi’an – where 13 million residents are facing their fifth day of home confinement – is at the centre of a flare-up that has pushed nationwide daily infections to their highest numbers since March 2020.

The northern city – home to the world-famous Terracotta Warriors – recorded 150 new cases on Monday, bringing the total to about 650 since December 9.

No vehicles are allowed on the roads unless they are assisting with disease control work, the latest announcement said.

Police and health officials will “strictly inspect” cars, and those who break the rules could face 10 days’ detention and a fine of 500 yuan ($78).

Two other cities in Shaanxi province also reported a case linked to Xi’an, as authorities urged migrant workers from the city not to travel home in the upcoming Chinese New Year holiday.

The outbreak of the fast-spreading Delta variant has caused severe symptoms in four patients including a one-year-old child, the state-run paper the Global Times reported.

Since locking down the city last week, authorities have launched several rounds of mass testing and placed nearly 30,000 people in hotel quarantine.

All non-essential businesses have been closed, while each household can only send out one person to buy necessities every three days.

The Xi’an government has come under fire for its perceived poor handling of the outbreak, with China’s disciplinary body saying last week that 26 local officials had been punished for lapses in virus prevention.

Authorities have strictly limited movement into and out of the city, with footage from state broadcaster CCTV on Sunday showing trucks waiting in line at road checkpoints as workers in hazmat suits checked health data on drivers’ mobile phones.

Since the coronavirus first emerged in the central city of Wuhan in late 2019, China has largely kept the pandemic at bay.

The country has officially recorded only two deaths in more than a year.
#Coronavirus  #COVID-19  #Covid
Add Comment