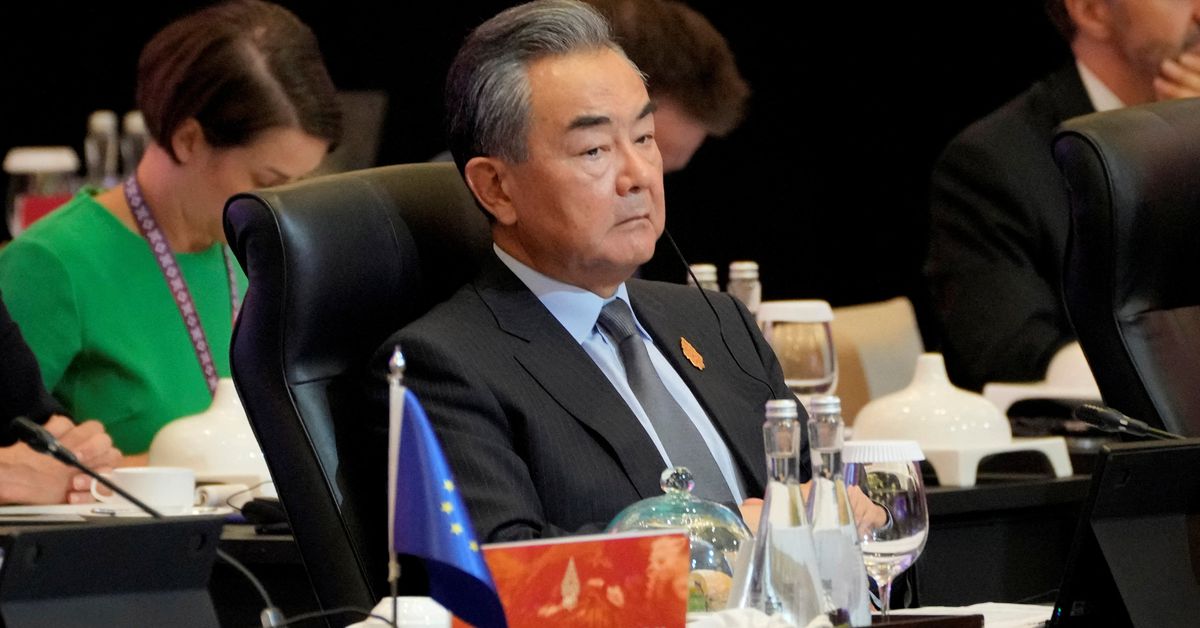 Chinese Foreign Minister Wang Yi has urged his Australian counterpart Penny Wong to treat China as a partner, not an opponent, and to accumulate "postive energy" to improve ties between the two countries.
On the sidelines of the G20 Foreign Ministers Meeting in Bali on Friday, Wang expressed hope that Australia could "seize the opportunity, take concrete actions and come to a correct understanding of China", according to a summary published late on Saturday by China's foreign ministry.

"The root cause of the difficulties in Chinese and Australian relations in recent years lies in the insistence of previous Australian governments to treat China as an 'opponent' and even a 'threat'," Wang said, adding that Australia's words and actions had been "irresponsible".

China has been restricting imports of Australian coal and other products since 2020. Among Beijing's grievances were Canberra's call for a full probe into the origins of COVID-19, an investigation into Chinese interference in Australian politics, and a ban on China's Huawei from participating in Australia's 5G rollout.

Australian Foreign Minister Wong said on Friday that the meeting with her Chinese counterpart was a first step towards stabilising the relationship but that it would take time for Beijing to remove trade blockages on Australia.

Wang told Wong at the Friday meeting that China was conducting "equal exchange and cooperation" with sovereign island nations based on their requests and needs, the Chinese foreign ministry said.
#COVID-19  #Covid
Add Comment