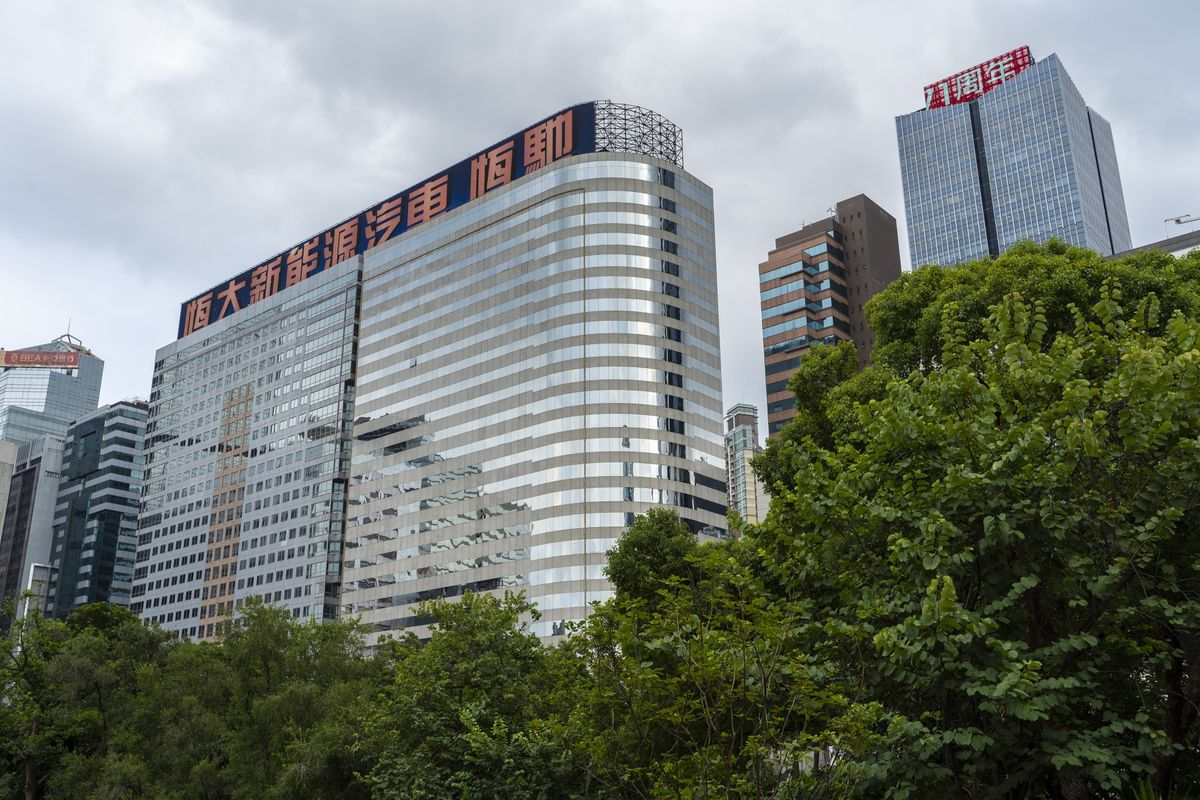 After a turbulent few days during which banks, bondholders and senior government officials became increasingly alarmed about Evergrande’s financial health, the world’s most indebted developer said it reached an agreement with a group of strategic investors to avoid repayments that would have placed a sizable strain on the junk-rated company’s balance sheet.

The deal buys crucial time for Evergrande to rein in a complex web of liabilities that some analysts have said makes the property behemoth too big to fail. Evergrande owes $88 billion to banks, shadow lenders and individual investors across China and has borrowed $35 billion from bondholders around the world. More than 2 million homebuyers have given the company down payments on yet-to-be-completed properties.

Relief over Evergrande’s announcement late Tuesday in Hong Kong helped propel one of the company’s dollar bonds to its biggest gain since March, though at 80 cents on the dollar it was still trading slightly lower than before investor angst exploded to the fore on Thursday.

Last week’s losses came after reports that Evergrande had warned provincial officials of a liquidity squeeze, citing its obligation to return money to some strategic investors if it failed to win approval for a backdoor listing of its main real estate assets in China by Jan. 31. While Evergrande dismissed the reports as based on rumors and “fabricated” documents, the news contributed to a selloff in high-yield bonds across Asia and prompted several Chinese banks to hold emergency meetings to assess their exposure.

“The agreement solves the core issue of Evergrande, which is liquidity concern,” said Raymond Cheng, a property analyst at CGS-CIMB Securities.

Evergrande said Tuesday that investors holding equity stakes worth about 86.3 billion yuan ($12.7 billion) agreed to keep their shares and not require the company to buy them out. That group represents the majority of the 130 billion yuan in shares held by strategic investors in its Hengda Real Estate unit, who could demand repayment in January under certain conditions.

It’s unclear whether China’s authorities played any role in the agreement.

China’s cabinet and its financial stability committee, chaired by Vice Premier Liu He, have discussed risks posed by Evergrande without making any decisions on whether to intervene, people familiar with the matter said before Evergrande’s announcement.

Some regulators were considering options to support the developer, such as directing state-owned companies to take stakes in Evergrande or giving the company a green light for its proposed listing of an electric-vehicle unit in China, one of the people said.

While Evergrande’s massive debt pile has made it too risky for some investors, others had been betting Chinese leaders would deem the developer too big to fail. Speculation that authorities will help the company solve any liquidity problems is one reason why its shares and bonds rallied even before Tuesday’s announcement.

Some of the company’s offshore bonds extended gains following the statement to more than five cents, according to Bloomberg-compiled pricing. The firm’s note due 2025 climbed 6.1 cents on the dollar to 80.1 cents, while a bond due 2022 climbed 5.7 cents to 85.8 cents.

China’s government has a long history of bailing out systemically important companies to maintain financial stability. While policy makers have in recent years sought to instill more market discipline and reduce moral hazard, the economic shock caused by the Covid-19 pandemic has refocused their attention on stability.