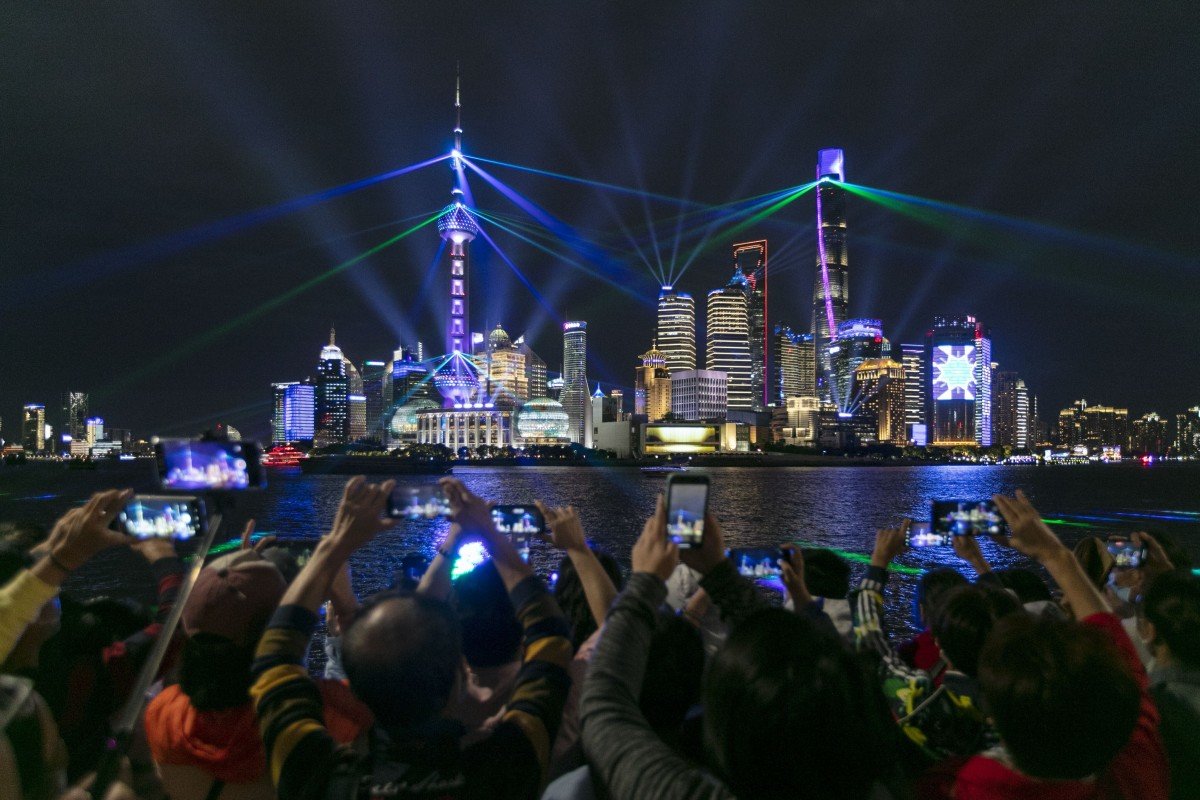 China’s economic recovery is powering on after a second-quarter rebound, and analysts are forecasting full-year earnings to return to the positive territory after a historic slide at the start of the year.

China’s world-beating stock market has exceeded US$10 trillion in total capitalisation for the first time since the infamous rout in 2015, with the benchmark gauge topping all major global equity indexes as the government brought the coronavirus pandemic under control.

The combined values of shares trading on the Shanghai and Shenzhen exchanges reached US$10.04 trillion on Monday, according to Bloomberg data. The market value briefly touched US$10.05 trillion in June 2015, the only other time it has reached the threshold, before a catastrophic meltdown erased half that value in the subsequent three months.

The ascent follows a back-to-back rally after the market resumed trading after the “golden week” holiday, with emphatic gains over the past two trading days. The surge has some merits this time, as the world’s second-largest economy became the first to lift the virus lockdown. It is also the first so far to rebound from a contraction, as the US and Europe struggle with a resurgence of infections.

Road to US$10 trillion 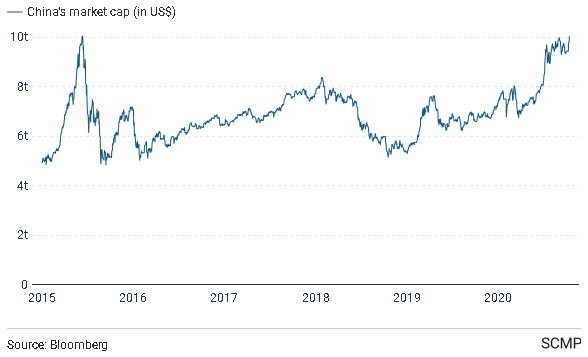 This week’s trading could keep the US$10 trillion mark intact if the bulls keep up to the roaring start to the week. Much of the optimism is tied to President Xi Jinping’s planned visit to Shenzhen on Wednesday, with eyes on his policy address to mark the city’s 40th anniversary as a special economic zone.

China’s market is now the world’s second-largest behind the US, which is capitalised at US$38.3 trillion. Japan and Hong Kong are ranked third and fourth, with market caps of US$6.2 trillion and US$5.9 trillion respectively.

China’s economy returned to growth in the second quarter with 3.2 per cent expansion, bouncing back from a 6.8 per cent decline in the previous three-month period. Gross domestic product likely expanded by 5.2 per cent last quarter, according to the market consensus. The GDP report is due on October 19.

While the listed companies still posted a decline in second-quarter earnings, the decrease significantly narrowed from that in the first three months and analysts estimated full-year growth would return to positive territory.

An uptick in economic and earnings growth coupled with a record amount of loans unleashed by commercial banks to spur growth has propelled stocks.

The Shanghai Composite Index has advanced 10 per cent this year for the biggest gain among the major equity gauges globally, while a ChiNext gauge of start-ups on the Shenzhen bourse is even more impressive, gaining by over 50 per cent. The MSCI Asia-Pacific Index has risen 3.7 per cent in 2020 and the MSCI World Index has added 5.1 per cent.

The run-up on Chinese stocks went through twists and turns. The Shanghai Composite slumped by as much as 13 per cent in March, almost dragging the gauge into bear territory as the market was ravaged by the outbreak of Covid-19, which was first reported in the central city of Wuhan.

The market recouped all the losses afterwards and tested a two-year high, as policymakers imposed strict lockdown measures and ramped up efforts to shore up growth.

The breakthrough in the market cap came after Chinese stocks were trading sideways over the past three months, with simmering tension between Beijing and Washington dampening sentiment. The momentum will strengthen if September economic data delivers evidence of continuing recovery, according to brokerages including New Times Securities.

Even after the post-holiday upsurge, the valuation is not too stretched. The Shanghai Composite is valued at 18.2 times earnings currently, compared with 25 before the market crash five years ago, Bloomberg data showed.

“The market will probably look forward to a new round of gains, should the coming data confirm the start of a new inventory cycle,” said Fan Jituo, an analyst at New Times Securities.