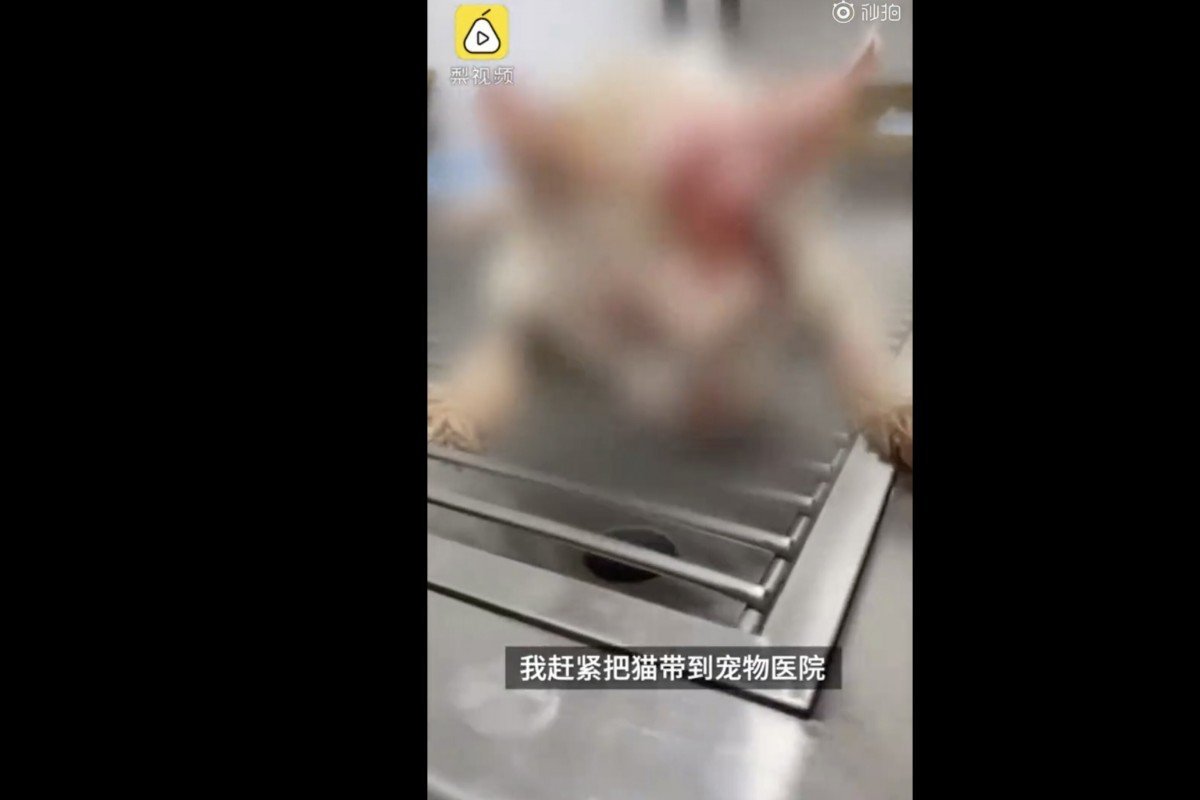 “It is the consensus of the whole society to say no to cruelty against animals, but incidents of cruelty and killing of animals still occur from time to time,” the broadcaster said in an article published on its Twitter-like Weibo account on Thursday.

“Faced with such serious acts of committing and spreading violence, we should no longer remain at the level of moral condemnation,” it said.

The article explained that those who were cruel to animals could not be expected to treat people well. It called for legal action on the matter, saying that during the Two Sessions– China’s annual meeting of the country’s legislature – this year, a number of legislators suggested that people who committed public violence against animals be punished.

“With laws, we protect not just the animals, but also ourselves,” it said.

A hashtag that accompanied the Weibo post reporting on the cat cruelty was read over 560 million times by Friday morning.

On Monday, a video reporting that a man in Taiyuan in central China’s Shanxi province locked a white cat in a cage and poured scalding water over it went viral on social media. A passer-by stopped the man and helped drive the cat to a pet hospital, CCTV reported.

The man said he wanted revenge because the stray cat stole his sausage. He was detained by local police.

The next day the man’s employer, Taiyuan Security Services, issued a statement saying it had fired the man and paid 5,000 yuan (US$750) to the Taiyuan animal protection group for the cat’s treatment.

The cat and its four unborn kittens, however, died from their injuries, CCTV reported.

China has no animal cruelty laws. Since the coronavirus outbreak several cities, led by Shenzhen, have banned eating dogs and cats. While animal rights activists have applauded the ban, the laws were adopted with the objective of safeguarding public health and safety rather than animal protection.

In the past, Chinese netizens had taken it into their own hands to expose acts of animal abuse and they have helped incidents go viral online.

One of the biggest social media trending cases of animal abuse cases happened in 2017, when a woman, He Hengli, kidnapped a corgi named Lion
and blackmailed the owner to release it.

After the negotiations reached an impasse, the owner went with police to He’s flat on a rescue mission only to find that He had thrown Lion to death from her flat on the sixth floor.

But police said they could not hold He accountable under existing laws, and enraged netizens took matters into their own hands by exposing He’s personal information online, sent funeral home products to her house and sent threatening messages to her at work and home.