For the first time, the Post has released its exhaustive documentary on last year’s anti-government protests in its complete, uninterrupted form.

Clocking in at an hour and eight minutes, China’s Rebel City is a gritty, no-holds-barred, audiovisual account of the political turmoil and social chaos that pushed Hong Kong to the brink.

It draws upon the unprecedented access, expertise and ground-zero reporting of award-winning Post journalists to tell the story of a city at the crossroads.

Exclusive interviews with key figures provide insightful, if conflicting, narratives in a reflection of a polarised society, while dramatic visuals drawn from hundreds of hours of video footage do the talking without taking sides. 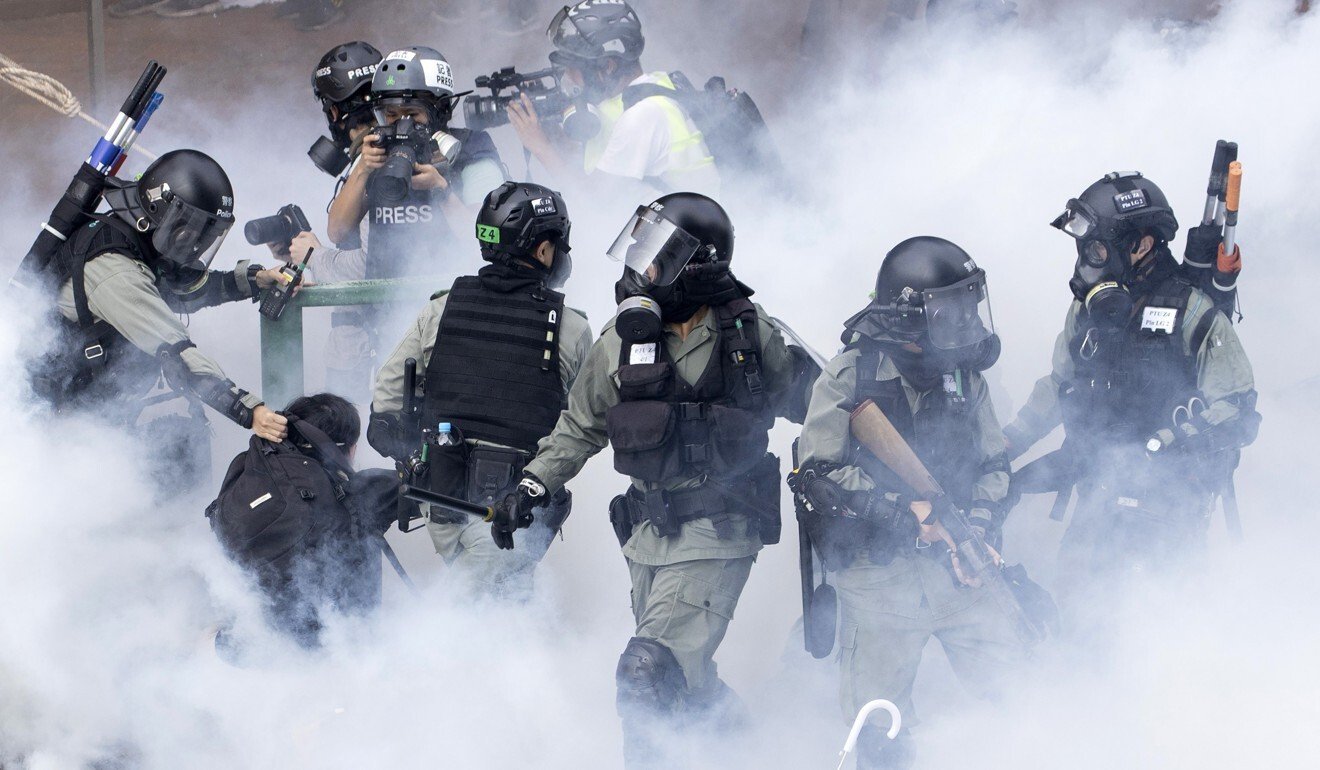 Police in riot gear move through a cloud of smoke as they detain a protester at Polytechnic University in November of 2019.

The documentary, a companion piece to the book Rebel City: Hong Kong’s Year of Water and Fire, published in June, was previously released in four parts recently.

“How did we get from a million peaceful demonstrators to firebomb-scarred streets and tear gas-filled neighbourhoods? Watching China’s Rebel City in one sitting will give the audience a real sense of how the situation escalated with both sides pushing each other to extremes,” director of video Mat Booth said.

“But we do pose the wider question which only the future will answer: What’s next for this city?”