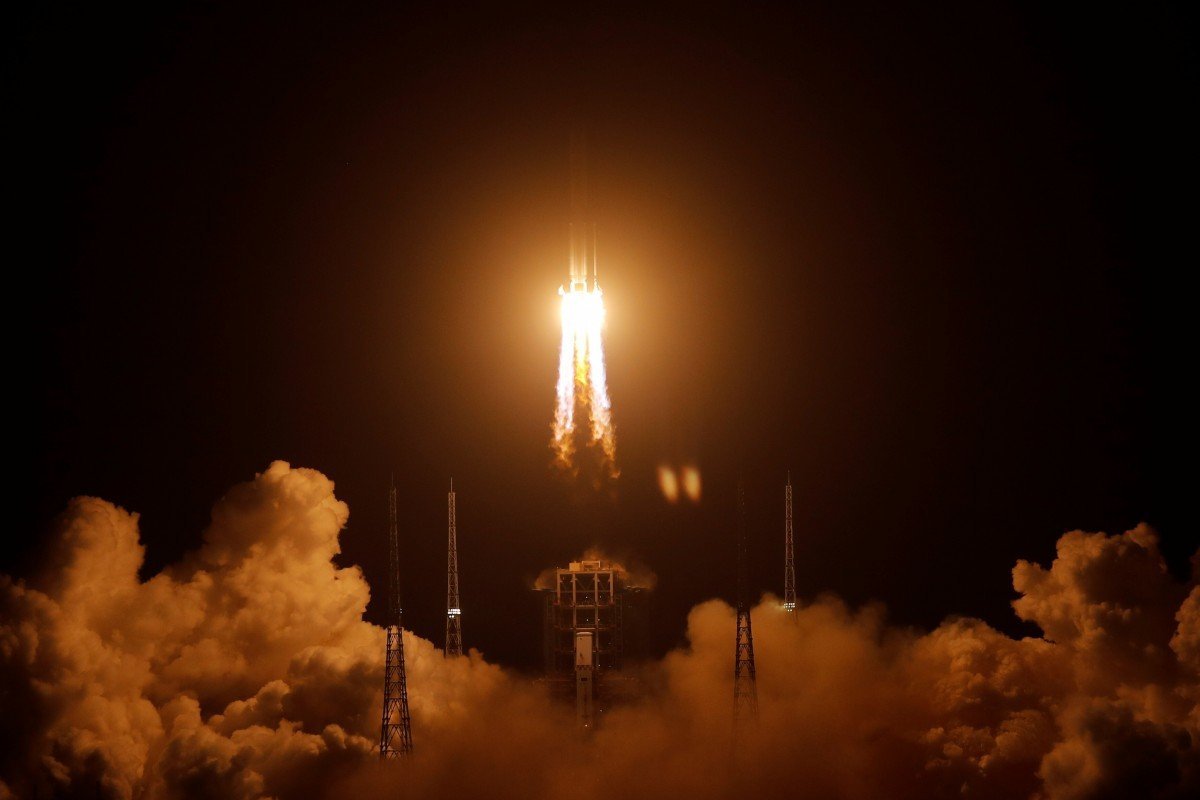 China plans to establish a research base on the moon in the next few years after its Chang’e-5 probe was “in good condition” on its way to retrieve lunar samples, the programme’s chief scientist said.

A basic infrastructure network for a future moon base would consist of multiple probes on the surface as well as in the orbit of the moon, according to Wu Weiren, chief designer of the Chinese lunar exploration programme.

“The basic facilities will be able to conduct lunar scientific research and resource development experiments,” Wu said on Thursday.

“We would like to work with international colleagues to construct a moon station.”

Chang’e-5 launched early on Tuesday morning and by Wednesday night had completed two orbital corrections during its 41-hour flight, having travelled 270,000km (167770.222 miles) from the Earth, Xinhua reported.

The programmed actions went as planned and all systems on Chang’e-5, as well as communications to the ground station, were in good condition, Xinhua said, showing positive signs for China’s third-phase of the lunar programme that aims to fetch 2kg (4.4 pounds) of moon rocks and return to Earth in the next three weeks.

If successful, the China National Space Administration (CNSA) will enter into the next phase – exploration focusing on the moon’s south pole and using future Chang’e missions to prepare for a research station. CNSA has previously said Chang’e-6 would retrieve a much larger sample from the lunar south pole, offering a 10kg load for international partners.

Wu said Chang’e-7 would analyse the landscape, material composition and environment of the south pole and Chang’e-8 would experiment with some “key technologies” on the moon.

The poles are popular considerations for a potential research station because there are 180 days of continuous daylight, which could provide an environment for long-term observation and research, Wu said.

“We will experiment with some technologies through Chang’e-8 to explore some preliminary research for a potential moon base jointly with other countries,” Wu said.

China has ambitious space plans and the goal of the Chang’e programme is to land a human on the moon by 2030.

On Wednesday, Xu Hongliang, secretary general of China’s National Space Administration, also said there were more Chang’e missions to come and that China was planning to build an international research station on the moon, China News Service reported.