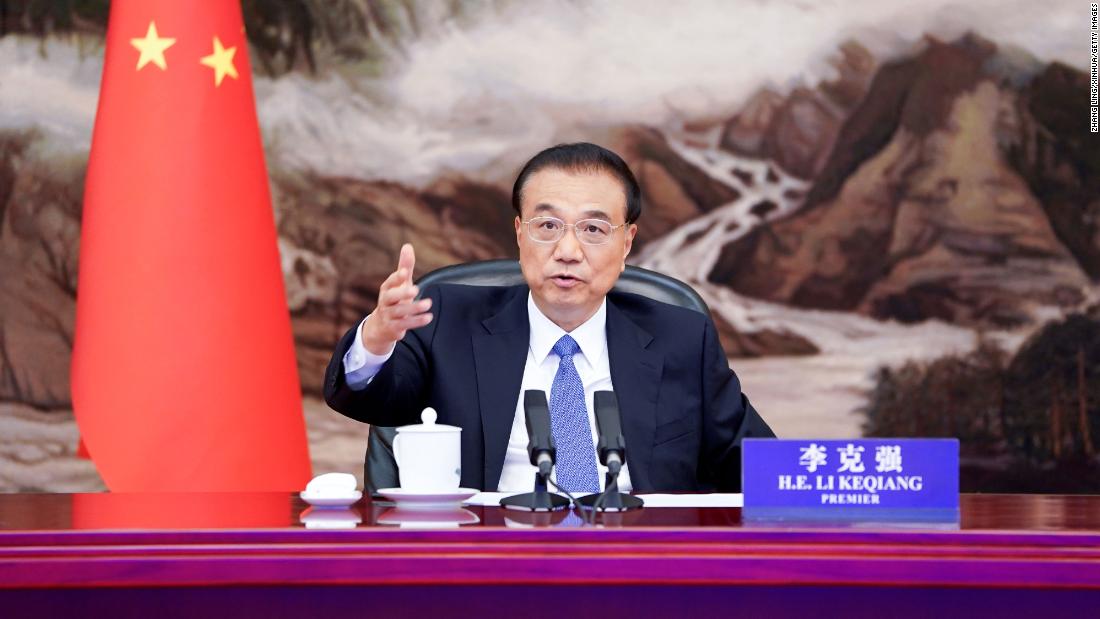 China's No.2 admits economic recovery is at 'most difficult point'

Li — the No. 2 in the hierarchy of China's ruling Communist Party — has been vocal this year about China's sputtering economy, and has repeatedly stressed the need to stabilize the "complex and grave" job situation. A combination of Covid-19 lockdowns, a real estate crisis and now extreme weather threaten a perfect storm.

On Tuesday, Li made an unexpected appearance in Shenzhen, the country's technology hub, and met with top officials from six major economic provinces, urging them to boost support for local businesses and open up for more foreign trade and investments.

"At present, we are at the most difficult point of economic stabilization," Li said at the meeting, according to a Xinhua article posted on the central government's website. "We must cement the economic recovery with a sense of urgency as time waits for no man."

The six provinces are the "pillars" of China's economic growth and must "bravely take the lead and play a key role in stabilizing the economy," Li told the officials.

The provinces he was referring to — Guangdong, Jiangsu, Shandong, Zhejiang, Henan and Sichuan — account for 45% of China's GDP and 40% of the country's employment, according to Li.

Guangdong, which borders Hong Kong, is China's most important export hub and manufacturing powerhouse, with a provincial GDP of $1.9 trillion.

The appeal came just a few days after officials in Sichuan, a major center for lithium mining and electronics manufacturing, ordered factories across the province to close for a week to maintain dwindling power supplies to residential users.

It also follows evidence that the broader economy was already beginning to lose steam again in July after picking up pace when Covid restrictions were eased in June.

Unemployment for those aged 16 to 24 soared to a new record high at 19.9%, up from June's 19.3%. Property investment by developers contracted 6.4% in the first seven months of this year, and new home prices in 70 major cities dropped for an 11th consecutive month in July.

Analysts widely attribute the broad weakness to renewed Covid lockdowns in many cities and the deepening property downturn in the country.

China is also suffering its worst heat wave in six decades, which has caused a power crunch and forced the shutdown in Sichuan. The extreme heat and drought have also damaged crops in many key farming areas and sent vegetable prices soaring.

On Tuesday's meeting, Li urged the six major economic provinces to step up policy support for businesses in their regions and ensure smooth supply chains.

He also asked them to provide jobs for rural migrant workers and spur consumption demand among local populations, especially for big ticket items like cars and housing.