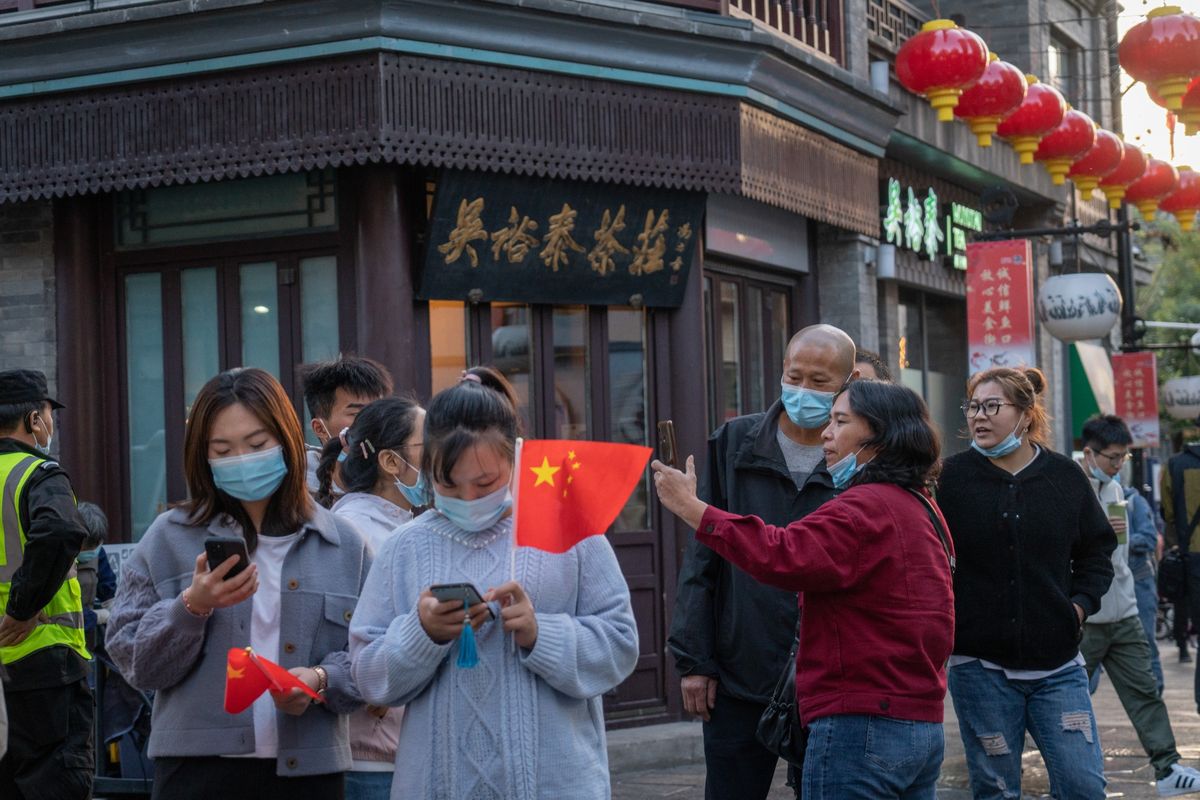 Communist Party officials gather in Beijing this week to map out the next phase of economic development, just days before one of the most contentious U.S. elections in history will produce a president resistant to China’s ascent no matter who wins.

The country’s 14th five-year plan is expected to center around technological innovation, economic self reliance and a cleaner environment. Officials will also set goals for the next 15 years as President Xi Jinping seeks to deliver on his vow for national rejuvenation by gaining the global lead in technology and other strategic industries.

If China’s economy -- which is already recovering swiftly from the coronavirus shock -- can stick to the growth trajectory of recent years, it’ll surpass the U.S. within the next decade. The prospect of ever deeper frictions with the U.S. underpins Xi’s strategy to accelerate plans to shield China from swings in the world economy.

“It reflects China’s realist reassessment of the current global climate,” said Fred Hu, the founder of Primavera Capital Ltd., a private-equity fund based in Beijing. “Self reliance is about developing certain domestic capabilities through investments in R&D and innovation, a necessary and prudent response to external uncertainties.”

“However, it doesn’t mean China will repudiate its longstanding ‘open door’ policy and turn inward,” said Hu, who previously worked for the International Monetary Fund and led Goldman Sachs Group Inc. in China.

Xi and other officials have recently insisted the economy will further open its doors to foreign capital and competition, reflecting concerns about how the world will perceive the upcoming plans. In a speech in Shenzhen this month, Xi vowed to drive technological innovation, but softened that message by making it clear he wants a “new open economic system.”

That desire to avoid having the new plans become the latest lightning rod in the nation’s deteriorating relations with the U.S. and other trading rivals may mean the language around them is toned down. A previous strategy dubbed “Made in China 2025” went dark after it inflamed trade hawks in the Trump administration and spurred unease in Europe and other economies at risk of losing out to increased competition.

“An emphasis on encouraging domestic circulation would not signal that China is closing its doors on the world. We expect the plan to encourage two-way trade and promote services trade.”

There’s already growing support in capitals from Washington to Canberra to restrict China’s access to strategic technologies. President Donald Trump’s aggressive stance toward China now has bipartisan backing and Chinese officials worry Joe Biden may be even more effective by bringing allies together to curb its development.

Which is why the new plans “will be much less explicit and not as specific as before, because the Made in China 2025 plan had brought so much trouble for China and helped energize the opposition from the U.S.,” said Chen Zhiwu, director of the Asia Global Institute at the University of Hong Kong. “So, I expect them to focus on general guidelines and stay vague on specifics,” said Chen, who is a former adviser to China’s State Council.

Officials have been quick to argue that what’s good for China is good for the world. Foreign ministry spokesman Zhao Lijian cited media reports to reporters on Wednesday that said a third of Mercedes Benz AG’s profits came from China in the third quarter and that China’s box office sales of more than $2 billion surpassed that of North America for the first time this year.

That’s backed up by IMF forecasts. Bloomberg calculations based off the latest estimates show China will be the world’s biggest growth engine in the years ahead. 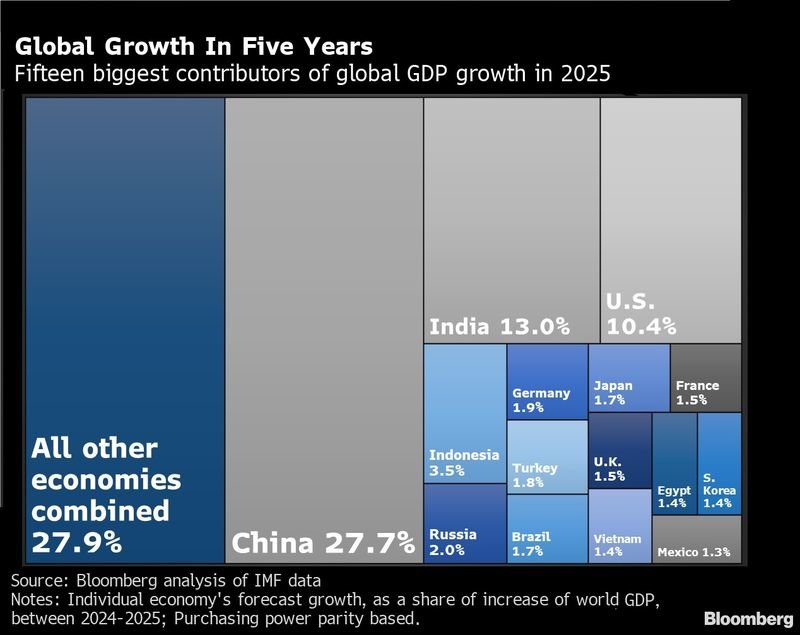 Unlike its peers, China’s economy is the only major one in the world forecast to grow this year after authorities aggressively contained the coronavirus.

Still, the number of countries that consider Chinese technology companies as national security threats is growing. Some are banding together to shift import dependency away from China as criticism grows over its domestic policies. Global companies are also assessing their supply chains due to reports of forced labor and China’s treatment of Uighurs in Xinjiang and its policies toward Hong Kong.

That resistance from the international community is pushing China to look inward for sources of growth. So far, tariffs and sanctions have done little to change China’s behavior. It maintains an extensive negative list of foreign companies operating in China that it may target, while recent actions aimed at Australian exports show it’s prepared to retaliate when it feels its interests have been threatened.

A more coordinated effort that brings together Europe, Japan and other American allies may be harder to resist and could push China onto a more isolated path.

That overseas wariness will impact the flow of outbound Chinese investment, said Hu, with the likelihood that state-backed investment into markets such as the U.S., U.K. or Australia is scaled back and ambitions around other projects, such as Xi’s signature Belt and Road Initiative, will be readjusted.

Five-year plans, a legacy of China’s command economy, have recently focused on industrial restructuring and maintaining a medium to high rate of growth. State media has reported that China will likely downplay the GDP target in the upcoming plan as it shifts to high-quality growth. While deliberations will be announced after the gathering, the document in its entirely will only be made public at an annual parliamentary session in March.

Delivering on self reliance while still benefiting from globalization -- or “dual circulation” as the twin goal is dubbed by Chinese officials -- will be a challenge given that hawkish rhetoric toward China will persist, said Wang Tao, chief China economist at UBS Group AG in Hong Kong.

“China is facing a more challenging external environment of development,” she said. “Going forward, China has to be more ambitious on domestic reform and opening. It will probably intensify.”