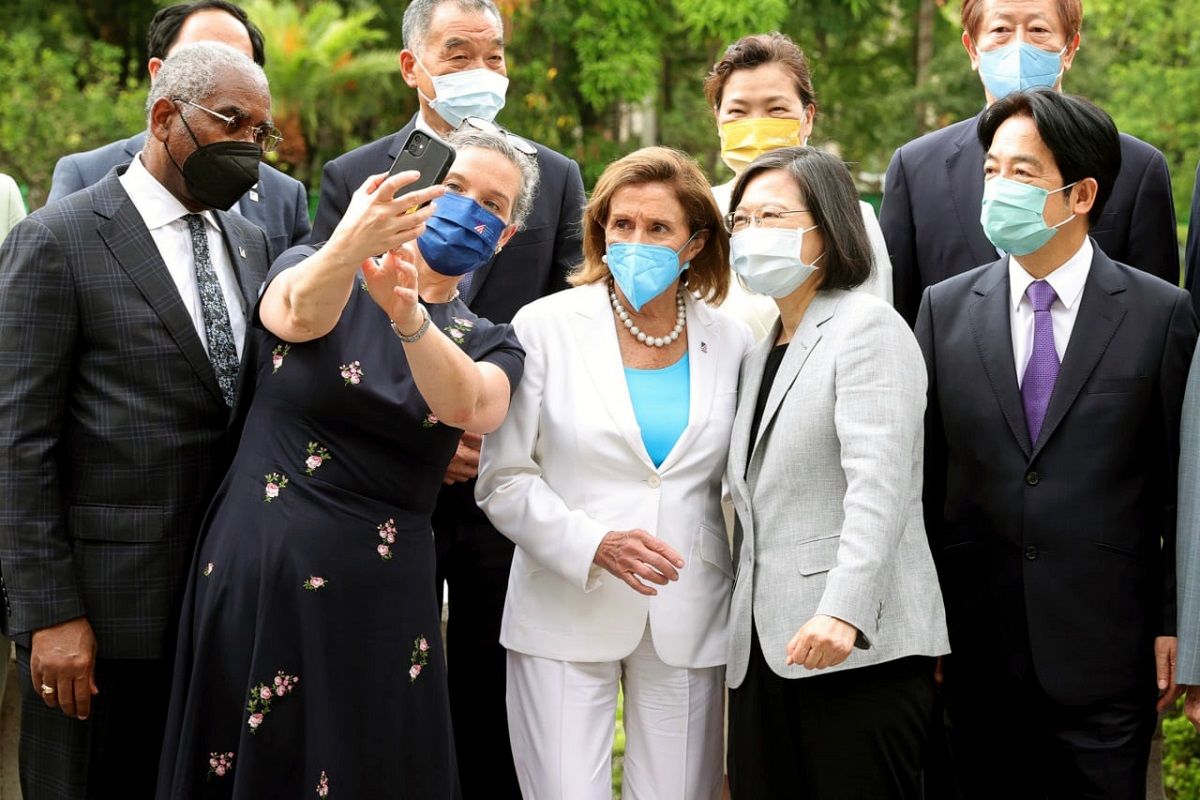 After the world watched with bated breath for Beijing’s reaction to the American stunt, the lack of a flare-up may seem underwhelming – but it’s not
Sparks flew on Tuesday night as Nancy Pelosi commenced her highly publicized trip to Taiwan, proclaiming a global struggle between democracy and authoritarianism and effectively poking her fingers into Beijing’s eyes. It goes without saying that China was furious, yet amidst the social media storm which preceded the visit, a bizarre atmosphere of disappointment arose afterwards among some, who decried Beijing’s response as “weak” for having not physically intervened to block Pelosi’s flight. Twitter was awash with 'hot takes' demanding Pelosi’s plane be intercepted and declaring that China’s “bluff” had been called.

This rush for an 'on the moment narrative' and expectations being out of control naturally overlooked the fact that Beijing immediately declared afterwards a daunting set of military exercises to be undertaken across the next few days, set in Taiwan’s own territorial waters, with some designated spots even being as little as 12 miles away from the coast. These exercises have effectively closed parts of Taiwan’s airspace. China initiated a growing series of sanctions against the island which has involved the blacklisting of over 100 food companies, as well as a ban on fish imports and the sale of natural sand (critical for semiconductor production).

Yet armchair critics continue to deride China as being weak, simply because it did not opt for taking some sort of military action against the third most senior official in the US government, an event which could have triggered an all-out war. While Pelosi’s visit undoubtedly constitutes an enormous and game-changing provocation which warrants a response of some sort, it is ludicrous to think that what could be the largest conflict since World War II could be premised upon that. It defies every notion of reason, logic and common sense. China is angry and its citizens are even more so, but Beijing isn’t dumb or impulsive.

The People’s Republic of China has been willing to use force on many occasions since its foundation. It threw itself head-first into the fight against the US-led coalition in the Korean War, it went to war against India in 1962 and invaded Vietnam in 1979. China is not afraid of war, especially when it comes to matters pertaining to national sovereignty or to prevent strategic encirclement by an adversary. However, that does not mean it elicits conflicts on a whim. China picks its battles carefully, and on each occasion has always carefully weighed the cost-benefit factors. This has become even more critical as China’s economy has boomed and become increasingly integrated with the rest of the world, which has made the stakes of initiating a conflict far higher and more adverse to China’s interests as a whole.

For China right now, Taiwan is a very serious issue. Xi Jinping has placed maximum political stakes on attaining “reunification,” a goal which clashes with America’s attempts to undermine the One China Policy. But that does not mean war is the only, or the preferred, way to do it. Rather, China is conscious of the reality that such a conflict would gravely undermine its primary objectives of attaining national development and growth, in which Beijing believes it has time on its side and a historical trajectory in its favour. It is not China who is panicking and scrambling to shore up its dominance, but a US that fears it is in decline. Rather, China is becoming more militarily powerful as it strives to integrate itself deeper into the global economy, which comes amidst a concurrent effort from the US to try and contain it, and to isolate it from partners. It is obvious how the US would get its allies to respond to Beijing’s military action, even if China can feasibly win.

Given this, it is a short-sighted and impulsive way of thinking to assume that just because China acted with due restraint to Pelosi’s visit and avoided facing up to a major war with the US, that this is somehow a 'defeat' or a loss of face. Beijing did indeed make a lot of thunderous statements which probably didn’t help with expectation management, but the real consequences will be long-term, not short-term. Simply refusing to bombard Taipei on a whim does not mean Beijing is not more set now on trying to tighten the noose around the island. As it was in Hong Kong, China will aim for a swift, yet decisive and bloodless victory which assures its position but brings minimal costs.

For Beijing, it is not about Tuesday night itself but the road ahead. China’s strategy is to continue to consolidate its own advances, both militarily, economically and technologically, while avoiding a major power conflict in the short term which would be catastrophic. This does not mean of course that they have no red lines, and the US is determined to press those as much as it can. In a nutshell, Nancy Pelosi has opened up a new paradigm of tensions and confrontation, but that only makes it more critical for Beijing to be all the wiser, all the more restrained and long-termist in its strategy. This is not a video game.
Add Comment