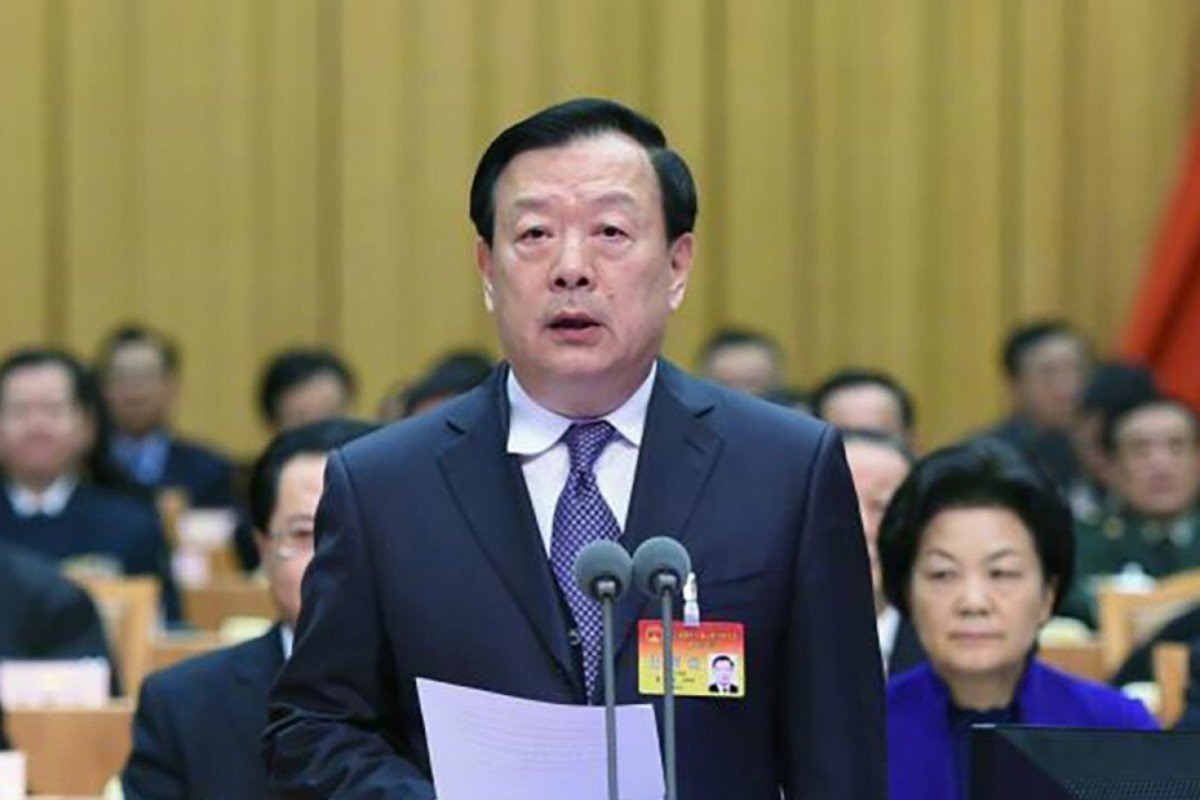 Xia Baolong leaves the CPPCC’s national committee just days before the body convenes in Beijing. Xia, who has a reputation of a capable administrator, will be replaced by former National Health Commission chief

Beijing’s top official on Hong Kong affairs has stepped down from his post in China’s top political advisory body as the capital prepares for the country’s top annual political gathering.

He will be replaced by Li Bin, the former chief of the National Health Commission.

Xia was appointed to head the State Council’s Hong Kong and Macau Affairs Office in February, becoming the first state leader to head a cabinet-level office overseeing Hong Kong affairs. The move was seen as an effort by Beijing to better directly supervise the implementation of central government policies in Hong Kong.

By stepping down from the advisory body, Xia is widely expected to focus on managing Hong Kong affairs.

Xia has a reputation as a capable administrator with a wealth of experience in local government. He worked with President Xi Jinping for more than four years in the eastern Chinese province of Zhejiang in the mid-2000s, when Xi was the province’s Communist Party chief and Xia his deputy.

Xia was later promoted to be the party boss of Zhejiang overseeing one of China’s richest provinces for five years until 2017.

His departure from the political advisory body was announced at a meeting of the CPPCC Standing Committee on Tuesday.

Also at the meeting were former Hong Kong chief executives Tung Chee-hwa and Leung Chun-ying, both vice-chairmen of the CPPCC’s national committee.

The Standing Committee also named former minister of justice Fu Zhenghua as a CPPCC delegate and vice-chairman of the conference’s social and legal affairs committee, along with Qiu Xueqiang, the nation’s former procurator general.

The CPPCC and the National People’s Congress – China’s legislature – were originally expected to meet in March, but the annual sessions were delayed until this month because of the coronavirus pandemic. The CPPCC will start on Thursday, and the NPC will convene on Friday.

At the meeting on Tuesday, CPPCC chairman Wang Yang said the pandemic had created tremendous challenges to China’s plans to establish a moderately prosperous society.

He said the CPPCC should find innovative ways to have practical results and improve the quality of its work.
The conference should present a satisfactory plan for overcoming poverty and building a well-off society, he added.