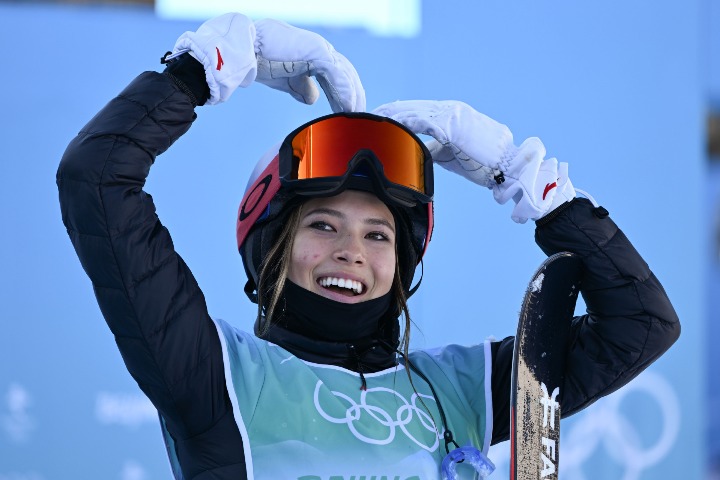 China's prodigy Gu Ailing claimed the historic gold with a 1620 performance she had never done before in the women's freeski big air of the Beijing 2022 Olympic Winter Games at Big Air Shougang here on Tuesday, while Tess Ledeux of France and Mathilde Gremaud of Switzerland took silver and bronze, respectively.

With a combined score of 188.25 points -- 93.75 from her first run and 94.50 from the third, Gu came back strong from the third place before the final run to take the insane gold as the event made its Olympic debut. 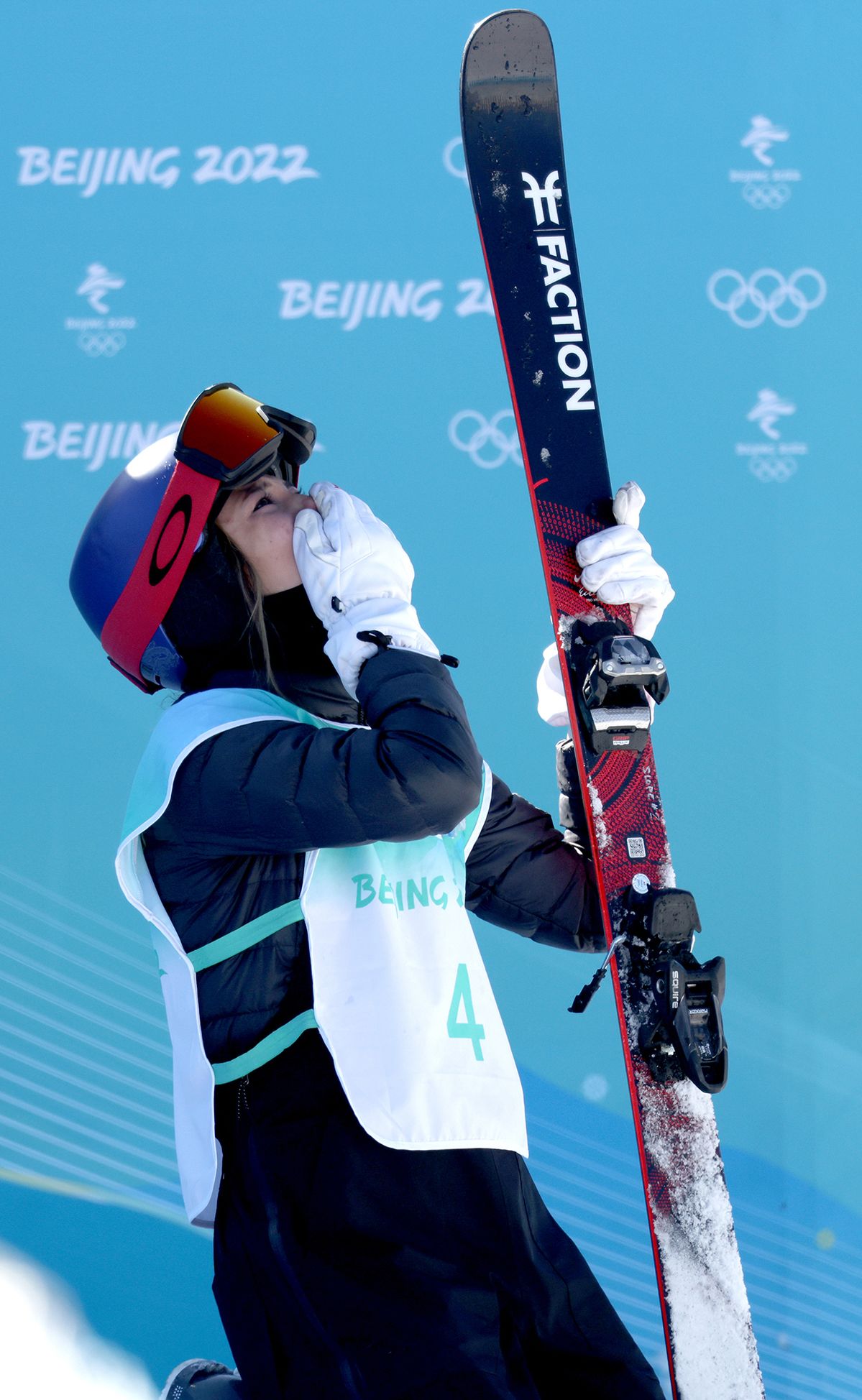 "That was the best moment of my life," said an excited Gu after the race. "The happiest moment, day, whatever -- of my life. I just cannot believe what just happened."

"It was a breathtaking competition to see this level of performance," said Thomas Bach, president of the International Olympic Committee, who witnessed the historic moment on site. "Ailing stood for the first time with this [trick]. I can't imagine what must have gone in her head before doing it." 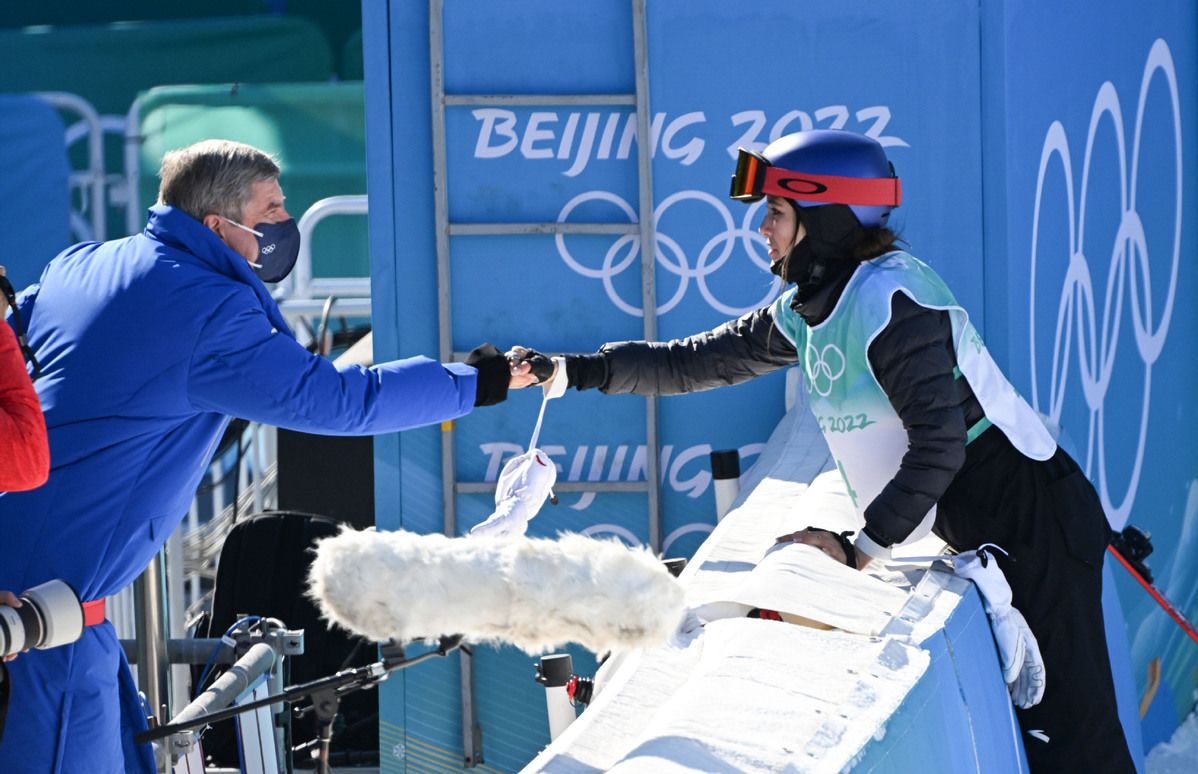 President of the International Olympic Committee Thomas Bach shakes hands with Gu Ailing after the match.

Gu stomped a right-side double cork 1440 with a safety grab to receive 93.75 points, the second-highest score of the first run, behind Ledeux's 94.50 after a stunning 1620 performance -- the most difficult trick in women's big air event so far.

In the second run, Ledeux continued her dominance with a switch left-side 1440 Japan grab of 93.00 points to still lead the rankings. 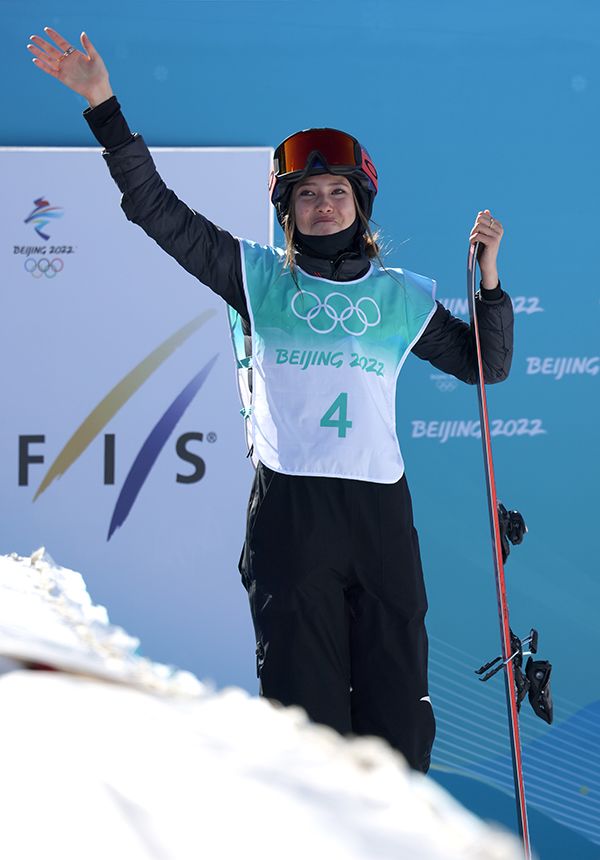 In the last and final run, Gu threw in a left-side double cork 1620 with a safety grab move to become the second female athlete ever to land the trick after Ledeux and received a race-high 94.50 points and jumped to first with a lead of 0.75 points on Ledeux.

"I was guaranteed a podium spot when I dropped in, so I was thinking I was only 0.25 points behind Mathilde, and I was thinking, 'Should I improve on my previous one and go for the sliver or should I whip out this random trick I'd never done before and go for gold?'" Gu commented on her gold medal-winning jump.

"In my head, I wanted to represent myself and this competitive style that I really take pride in and that desire to push myself and push the sport," she added. 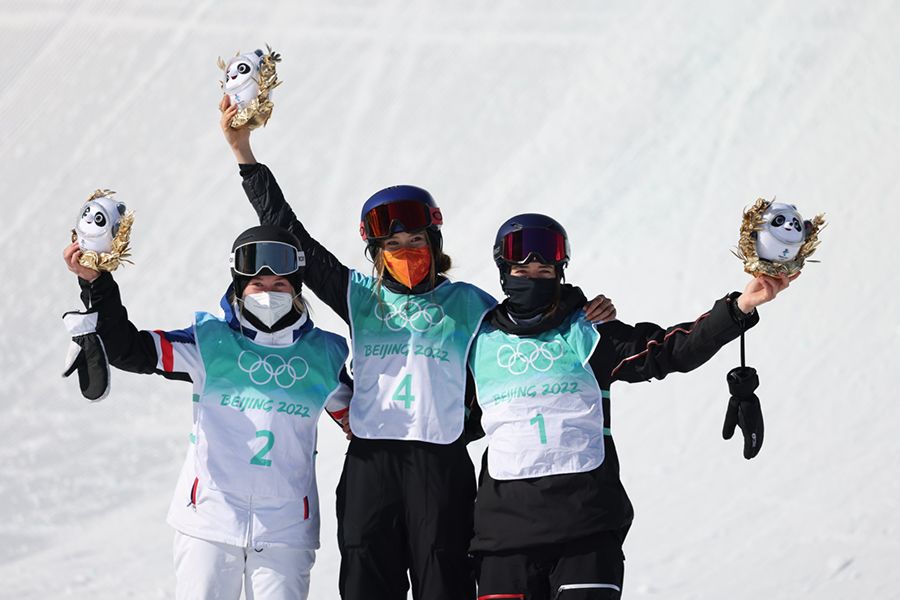 Gu Ailing of China, Tess Ledeux of France and Mathilde Gremaud of Switzerland celebrate on the podium after women's freeski big air final at Big Air Shougang in Beijing, capital of China, Feb 8, 2022.

As Ledeux failed to improve on her score with a flaw on the landing, Gu took her biggest victory by far following her victories at the Youth Olympic Games in 2020 and the World Cup this season.

"It is just a dream come true," said Ledeux, who placed first in the World Cup big air event rankings this season. "The level of competition was so strong and I am just so proud to be part of the podium."

"She [Ailing] has killed it today," the French girl added. 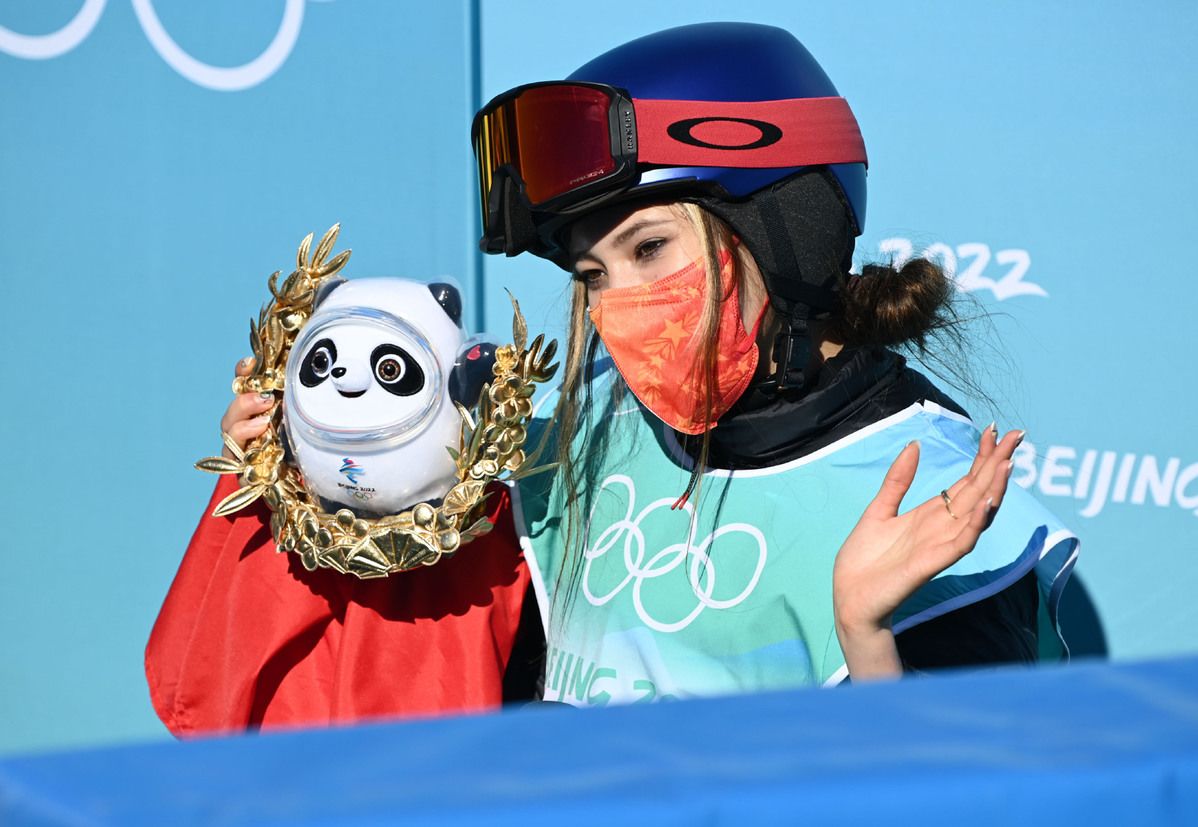 Just moments after Ledeux finished her competition, Gu and Gremaud came together to console Ledeux, who lost her Dad this past January.

"We are going through the emotions at the end," said Gu. "I won because of them, because they had inspired me so much and made me who I am. I just wanted to express my gratitude. We are all out here to do this together."

"Lots of respect between these girls," said Gremaud. "Ailing and Tess are really strong and motivating. They are pushing me and I hope to be pushing them."