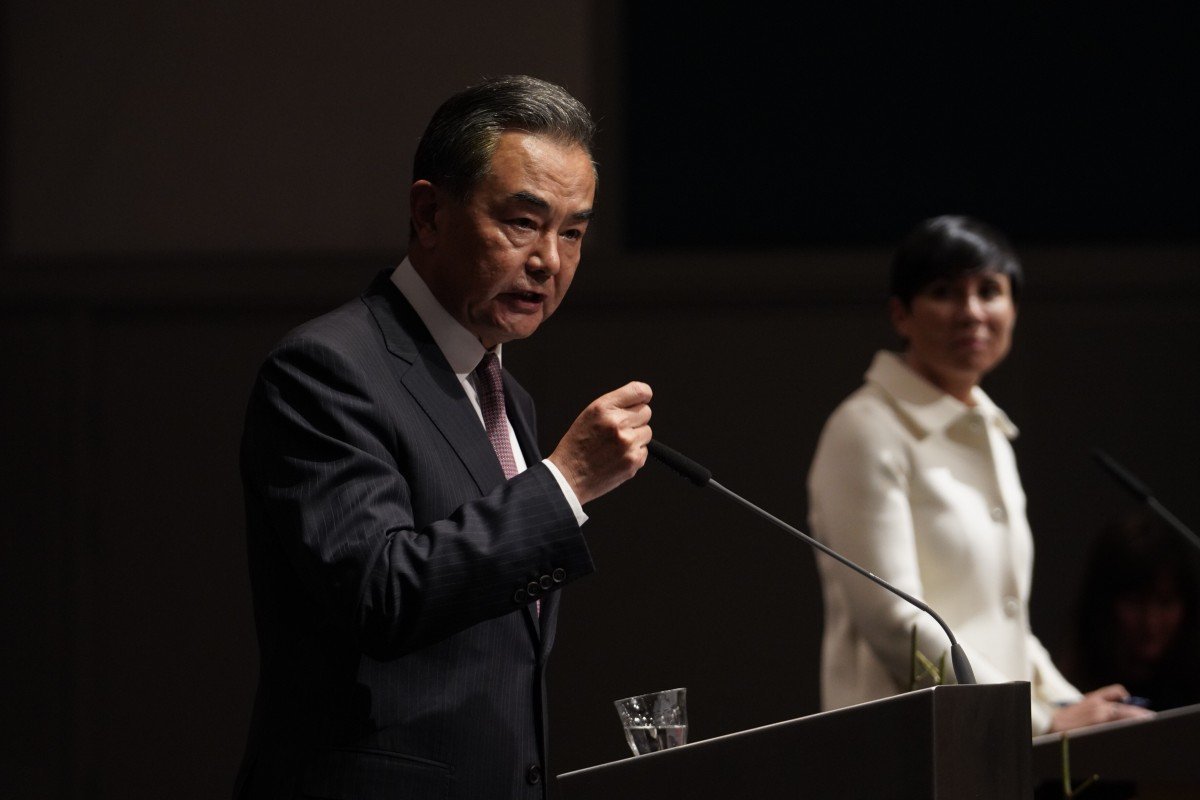 China’s foreign minister warned against giving the Nobel Peace Prize to Hong Kong’s protesters, as he urged Norway to “cherish the healthy and stable” bilateral relationship that was once frozen by the award.

Wang Yi also tried to cast doubt on the origin of the coronavirus, as he faced criticism over China’s handling of the pandemic during a press conference in Oslo, the third leg of his five-nation European tour intended to boost Chinese-European cooperation.

Wang and Norwegian Foreign Minister Ine Eriksen Søreide said they focused on multilateralism, as Norway prepared to take up a rotational seat on the United Nations Security Council, of which China is a permanent member.

Both officials stressed that this was the first visit to Norway by a Chinese foreign minister in 15 years – a subtle reference to the previously frozen diplomatic relationship between 2010 and 2016, after the Oslo-based Nobel Peace Prize committee awarded the prize to Chinese dissident Liu Xiaobo. 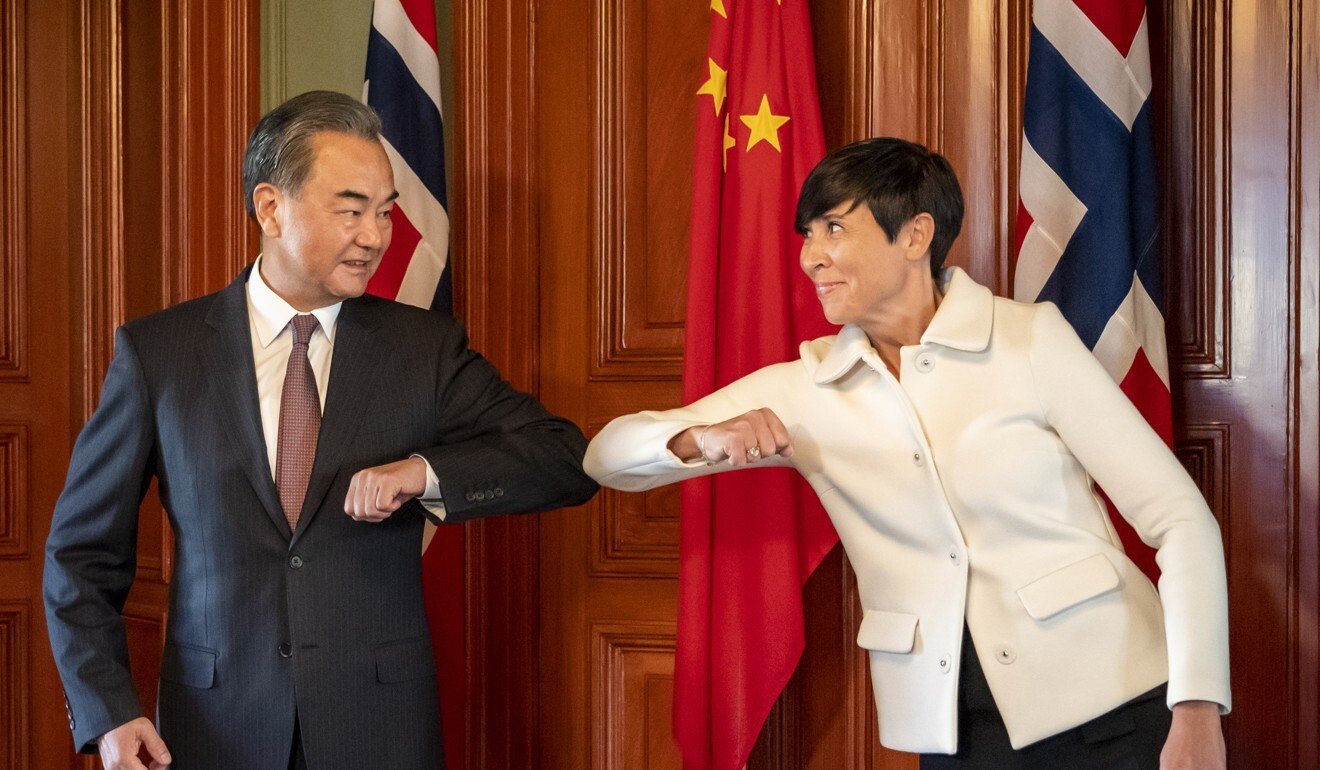 Asked by a reporter how China would react if the prize would go to Hong Kong protesters in future, Wang said: “I would only say one thing: In the past, today, and in future, China will firmly reject any attempt by anyone to use the Nobel Peace Prize to interfere in China's internal affairs. China is rock firm on this principle.

“We don’t want to see anyone politicise the Nobel Peace Prize,” he said.

Unlike her Italian and Dutch counterparts who met Wang in previous days, Søreide made no mention of Hong Kong’s situation, although she said the two sides discussed human rights issues.

She added that the world had become “quite unpredictable” but “when the pandemic came it really showed the need for more cooperation, not less.”
Wang was confrontational when challenged about China’s handling of the coronavirus, with a reporter citing the case of Dr Li Wenliang, the whistle-blower doctor who was briefly detained by Chinese police before his death from the virus.

“Much information and research indicated that this disease could be tracked in different places, many of which were discovered earlier than the incidents in China,” Wang said.

“Where did it actually originate? Who was the zero patient? These are scientific questions … that should not be politicised or stigmatised.” 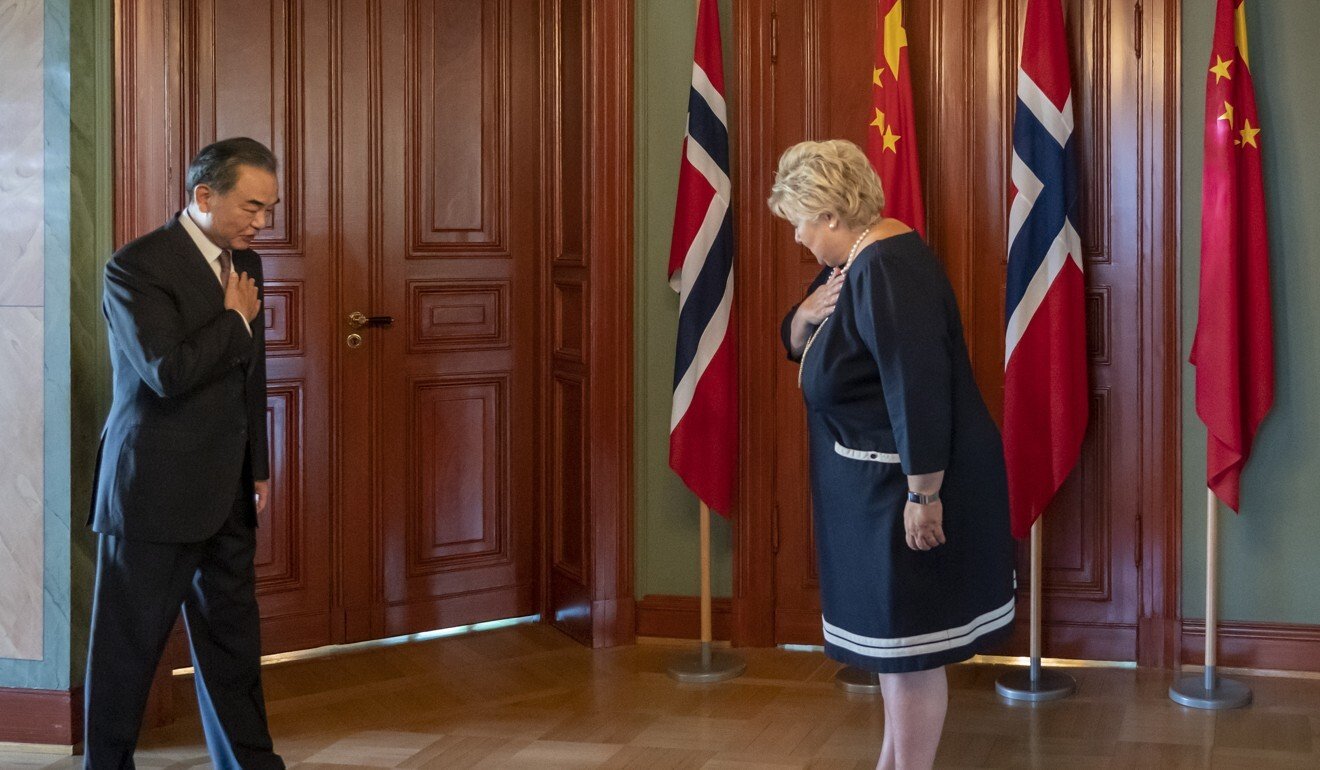 Promising to work with Norway economically in the post-pandemic era, Wang said China and Norway should speed up the conclusion of the free-trade agreement.

Wang pledged to further facilitate Norwegian exports of seafood products to China, bearing in mind food safety considerations. He also promised to consider granting Norwegian passport holders visa-free arrangements for short-term transits in China. He will continue his trip in France and Germany.