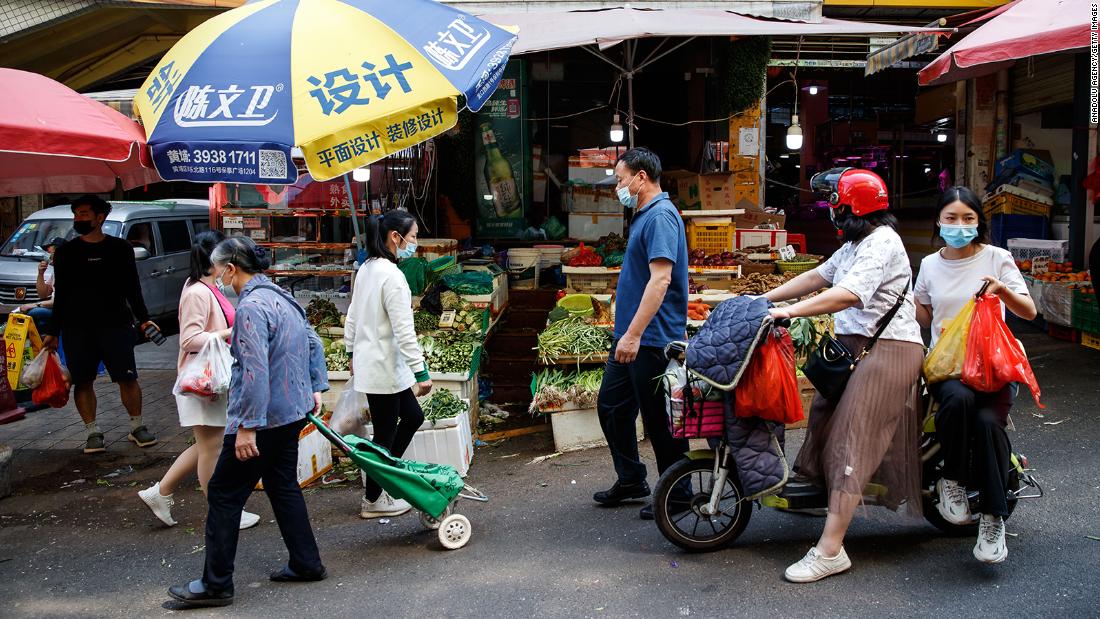 China's economy made a strong start to 2022, recording a growth rate that surpassed expectations. But with the country grappling with a significant Covid surge and locking down dozens of cities, the coming months may pose more challenges.
China's gross domestic product grew 4.8% in the three months to March 31 compared with the same period last year, according to data released by the country's National Bureau of Statistics on Monday. That was quicker than the 4% year-on-year increase the world's second-largest economy registered in the previous quarter, and also beat the 4.4% growth rate forecast by a Reuters poll of economists.

Growth was buoyed by a surprisingly good economic performance in January and February, with several economic indicators for those two months beating analyst predictions.

But Beijing's efforts to curb its worst Covid outbreak in two years have dealt a blow to economic activity since March, including in the country's financial center and manufacturing hub -— Shanghai. Many businesses have been forced to suspend some operations, including automakers Volkswagen and Tesla and iPhone assembler Pegatron.

Nomura analysts estimate that nearly a quarter China's population, and 40% of the economy, is now affected by full or partial lockdowns.

Chinese Premier Li Keqiang has repeatedly warned in the past week of the threat the upsurge in Covid cases poses to growth and employment. Last Wednesday, he promised more interest rate cuts to boost the economy. Two days later, the People's Bank of China announced a cut to the reserve requirement ratio — which dictates the amount of cash that banks must hold in their reserves — a move meant to spur lending.

The World Bank and some investment banks have recently downgraded their forecasts for China's GDP growth in 2022, citing increasing risks from Beijing's adherence to its stringent Covid restrictions.

China's economy grew 8.1% in 2021, exceeding the government's own targets. But the pace of expansion slowed sharply in the final months of the year. The government has set its 2022 growth target at around 5.5%, the lowest in three decades.
#Covid  #Tesla
Add Comment