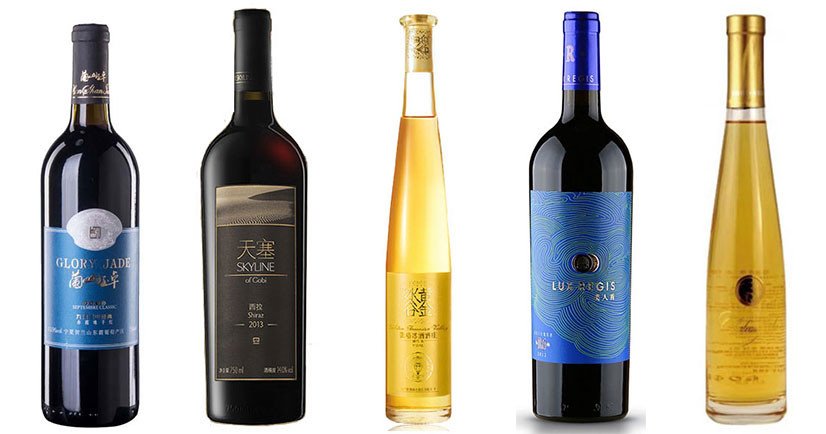 China’s Drinkers Love a Fine Wine. As Long As It’s Not Chinese.

Elite vintners like Lafite have invested in Chinese vineyards; Chinese wine demand projected to grow to $17.3 billion by 2021

As China celebrated the 70th birthday of the Communist Party with a parade in Beijing last month, alongside the obligatory displays of tanks and nuclear missiles was a showcase of its cultural treasures. Sandwiched between elaborate floats featuring giant pandas and dancing women in local costumes was an entry from the northern Ningxia province adorned with grapes and wine barrels -- to represent the region’s premium vineyards.

It’s perhaps fitting that the country’s wineries were showcased on a day devoted to the “Great Rejuvenation of the Chinese Nation.” China’s vintners are seeking to reinvent an industry plagued by its reputation for mass-produced, bad quality wine. With the trade war fueling a slowdown in the economy, they’re banking on patriotism to convince local consumers to appreciate “Made in China” wine.

From the dry, high-altitude slopes of Ningxia, in the country’s center, to the temperate, coastal hills of Shandong, domestic vintners have slowly been making their presence known in the wine world. And Europe’s most respected wine houses are placing their bets: The Rothschilds, whose Chauteau Lafite has long been coveted by China’s elite as a status symbol, this autumn released their first vintage produced in China.

The timing is ripe, say proponents, for fine China wine. They point to the huge potential of young, middle-class drinkers ready to be turned on to quality wine. Demand -- projected to grow to $17.3 billion by 2021 -- may also get a boost from a nationalistic trend toward local brands spurred by China’s face-off with the U.S. and Hong Kong’s anti-Beijing protests.

But while the size of the consumer market makes its outlook promising, China-made wine faces an uphill battle. It’s long been a punchline among locals and foreigners alike and a few prized bottles may not be enough to transform China’s wine-growing regions into the next Napa Valley.

“The fact that it’s from China normally works against you as a fine wine because of China’s history of producing mediocre or substandard wines for a long time,” said Jeannie Cho Lee, a Master of Wine based in Hong Kong. Still, “the level of understanding and appreciation of wine in China has really come very far.”

Consumption is booming but there's still room to grow

Chinese do savor a good wine -- especially if it’s from somewhere else. Demand has boomed over the last two decades with France’s best bottles considered luxurious gifts for social and official occasions. Chinese thirst propped up European producers after the financial crisis, and sparked a wave of investment in prominent French vineyards by Chinese companies.

The movement has helped turn China into the world’s second-largest wine market by value, behind the U.S., and the fifth-largest in terms of volume, according to IWSR Drinks Market Analysis. The potential is huge: Julius Baer’s Wealth Report Asia last year said China had 48 million millennial wine drinkers in 2015, with a growth rate of 25% annually.

Despite its reputation for weak and bland wines, Chinese bottles still make up the bulk of what’s consumed in the country. But production has seen a noticeable decline in recent years, with domestic wine consumption expected to slump to 71.2 million cases in 2021 from 105.4 million cases in 2016, according to IWSR.

Demand is being hit as the economy slows and drinkers gravitate toward more familiar liquor, such as the fiery sorghum-based baijiu -- China’s national drink. Richard Hemming, a Singapore-based Master of Wine, believes the first boom in Chinese wine consumption has passed.

“Fine Chinese wine won’t be the next big thing, since even China’s best wines currently lack the all-important credibility of their French counterparts,” he wrote last month.

Hong Jian, a 36-year-old who runs a wine club catering to elite clients in Beijing, echoes that sentiment. He only carries a few Chinese bottles. Late last year he bought two vineyards in Bordeaux. Asked why he didn’t buy in China, where land is cheaper, he said his homeland lacks the tried and tested quality developed over centuries in some French wines.

Domaines Barons de Rothschild Lafite is hoping to change wine lovers’ perceptions. In 2009, it bought land in Shandong, on China’s eastern coast. A staff of locals and French workers have cultivated more than 340 terraces of imported vines, growing grapes including Cabernet Sauvignon, Cabernet Franc and Marselan. The fruits of their labor will reach the tables of high-end restaurants in Beijing and Shanghai this month with their 2017 vintage -- Long Dai.

“Made in China” Wine

While Saskia de Rothschild, chairwoman of Chateau Lafite Rothschild, declined to say how much the French company’s China investment was worth, the vineyard’s sprawling plantation and glitzy tasting and storage facilities demonstrate a certain commitment.

The family isn’t the only big name investing in local vineyards. In 2016, LVMH launched its first bottle made in the southern province of Yunnan, a Cabernet Sauvignon-Cabernet Franc blend called Ao Yun. It’s received enthusiastic reviews from global wine aficionados.

Wine critic Cho Lee believes firms like LVMH and Lafite won’t face hurdles selling their wine in China, but what’s key is whether well-known brands will be able to bolster the reputation of small producers.

Some are already making their mark. Silver Heights in Ningxia was established more than a decade ago by Bordeaux-educated Gao Yuan and her French winemaker husband Thierry Courtade. This year, Ningxia wineries picked up 25 gold and silver medals at the Decanter World Wine Awards.
Foreign Palate

Luxury consultant Daniel Langer sees parallels in their success to the emergence of Californian wine.

“Some decades ago, no one had ever considered a Californian wine to be good,” he said. “Now, some can rival even some of the best French ones. Consumer perceptions are changing and this gives Chinese wine makers a huge opportunity.”

Lafite’s Long Dai wine sports its name in Chinese calligraphy and bottles have an image of its vineyard featuring a building with a traditional curved roof. Chinese are turning back to their roots and rising patriotism could make them more curious about their own terroir, according to De Rothschild.

But for some consumers, that sort of branding might be exactly what turns them off.

As Zhao Lei, a 39-year old banker in Beijing, puts it: “When I see red wine that is made in China at the dinner table, I say, ‘Give me a bottle of beer.’”