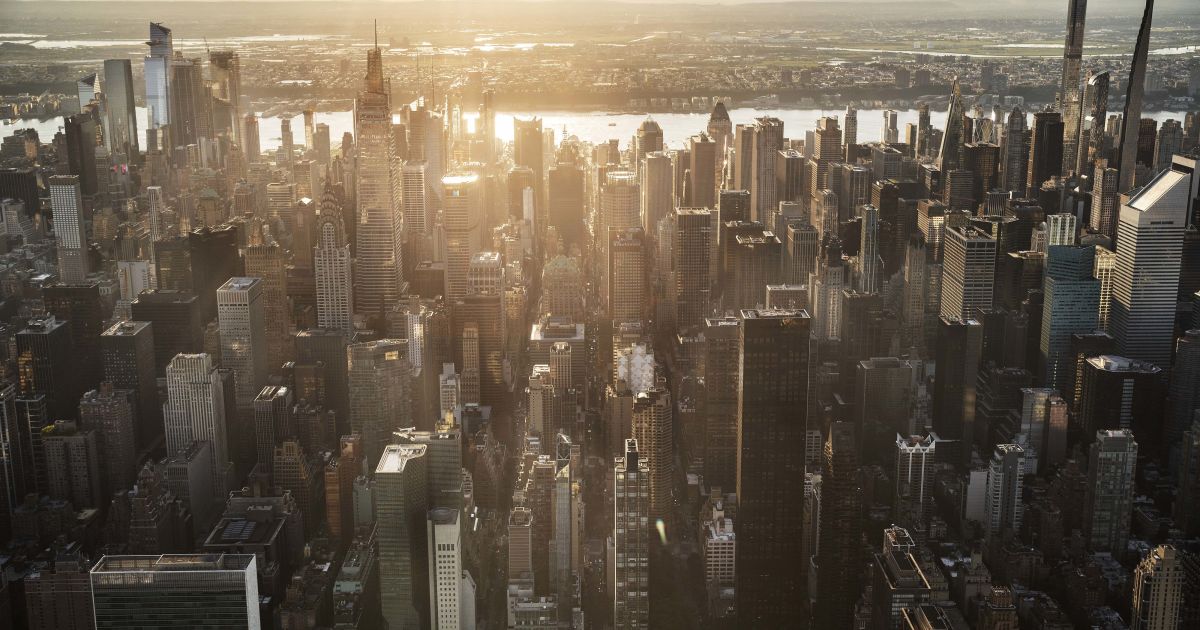 A chill has settled over global finance since China announced closer scrutiny of offshore listings, crackdown of Didi.

Just months after bankers celebrated a record haul from taking Chinese companies public in New York and Hong Kong, they’ve had a rude awakening. Deals are being shelved and investors are nursing heavy losses.

A chill has settled over global finance after a fortnight in which China first cracked down on its Uber-like Didi Global Inc. within days of a U.S. trading debut, followed swiftly by the State Council announcing closer scrutiny of all offshore listings. On Saturday, a cybersecurity review was proposed for companies with data on more than 1 million users before they seek to list in foreign countries.

The warning signs had been flashing for a while. As underwriters totted up a record $1.5 billion in fees last year from helping Chinese firms with initial public offerings offshore, relations between China and the U.S. were at a low ebb. In December, Donald Trump signed a bill that could delist Chinese companies that don’t meet audit inspection rules. Simultaneously, President Xi Jinping stepped up oversight of big technology firms, partly to secure the treasure trove of data they control.

The moves imperil the frenetic dealmaking seen during the pandemic, and the lucrative business of offshore listings that’s pulled in some $6.4 billion in fees since 2014, when Alibaba Group Holding Ltd.’s began trading in New York. Morgan Stanley, Goldman Sachs Group Inc. and China International Capital Corp. topped the league tables over that stretch, when nearly 40% of fees came from U.S. deals.

Bankers now say they expect the majority of Chinese IPOs aimed for American exchanges to be suspended or diverted to other venues, eating into projected revenue for the year given the significantly lower fees in Hong Kong. Listing requirements in the financial hub and mainland China are also more stringent, making deals there far from certain.

“There are some uncertainties that might take one or two months to work its course,” David Chin, head of investment banking in Asia Pacific at UBS Group AG said of China’s changing rules at a briefing last week. “Ultimately, China will find a solution because the U.S. has been very supportive of Chinese internet companies, the development of them, and the subsequent financing.”

In the meantime, what had been a healthy IPO pipeline is weakening. One immediate victim was LinkDoc Technology Ltd., a Beijing-based medical data company, which halted preparations for a U.S. IPO on Thursday.

Fitness app Keep has also opted not to go ahead with a planned U.S. public filing, the Financial Times reported. Podcast app Ximalaya’s U.S. IPO is also in limbo, according to people with knowledge of the matter. Other deals that could be in doubt include Hong Kong delivery firm Lalamove’s potential $1 billion IPO.

In all, China’s crackdown on overseas listing threatens about 70 other private firms based in Hong Kong and China that are set to go public in New York, according to data compiled by Bloomberg. 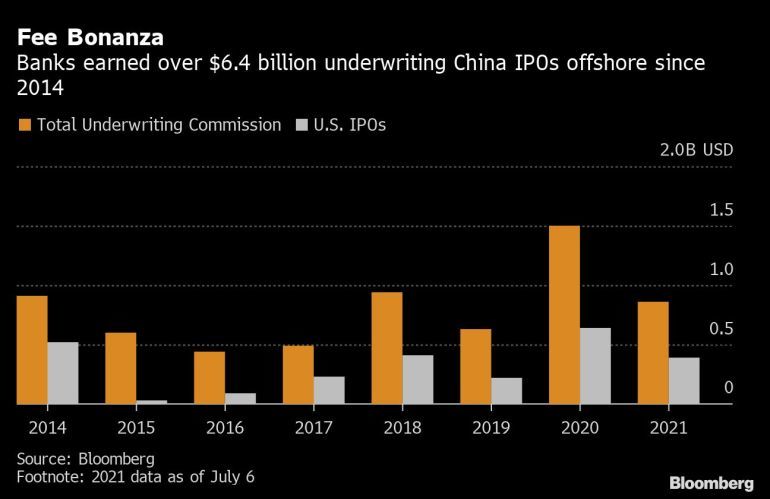 Valuations for China’s technology firms, which were already falling before the recent onslaught, now look shakier as investors signal they will demand steeper discounts to buy shares, said one banker, asking not the named discussing internal business. So far this month, the Nasdaq Golden Dragon Index — which tracks some of the biggest Chinese firms listed in the U.S. — has shed some $145 billion in value.

At the heart of the recent crackdown is how far regulators will go to check foreign investment in sensitive industries, particularly those controlling vast amounts of data. For two decades China’s technology giants have sidestepped restrictions, using the so-called Variable Interest Entity model to attract foreign capital and IPO offshore.

The China Securities Regulatory Commission is now leading efforts to revise overseas listings rules that would require VIE firms, which do business in China but are registered in places like the Cayman Islands, to seek approval before selling shares overseas, Bloomberg has reported. The Cyberspace Administration of China said Saturday that its proposed review would address risks for data to be “affected, controlled, and maliciously exploited by foreign governments.”

Hong Kong looks well placed to benefit from the geopolitical and regulatory frictions though dealmaking in the financial hub may also become entangled in the regulatory push. If IPOs of Chinese unicorns grind to a halt, the Hong Kong exchange should still be boosted by secondary listings and the conversion of American depository receipts, according to Bloomberg Intelligence analyst Sharnie Wong.

“Some Chinese companies that operate in sensitive sectors might be thinking of listing in Hong Kong instead of the U.S.,” said Kenneth Ho, managing director of equity capital markets at Haitong International. “Currently the H.K. IPO pipeline is ridiculously vibrant.”

The rerouting will undercut fees banks can earn after a decade in which Chinese firms raised about $76 billion through first-time share sales in the U.S.

Banks typically charge about 1.5% to 2% for billion-dollar offerings in Hong Kong, compared with 3% to 5% in the U.S. as fees vary with sectors and underwriters. That increases by about two percentage points or more for deals below $500 million, bankers familiar with the matter said.

In mainland China, fees for listing on Shanghai’s tech-heavy STAR board are about equal to the U.S. but sponsors are required to co-invest in between 2% and 5% of the shares issued by their clients, an unusual arrangement that may limit interest in leading deals due to the need for a capital base onshore.

The tighter regulatory regime comes against a backdrop of China opening its financial market to allow foreign banks and asset managers to set up wholly owned firms. Powerhouses such as Goldman Sachs have been ramping up their staffing, seeking to double or triple their headcounts in mainland China, as they expand to capture billions in potential profits in the world’s second-largest economy.

China’s Nasdaq-like STAR market has made it easier for technology firms to access funding at home, though it places an emphasis on companies focused on hardcore technology and innovation.

China’s dependence of foreign capital to fuel its businesses has decreased from where it was less than a decade ago, said Martin Chorzempa, senior fellow at the Peterson Institute for International Economics. “We’re in a world where it’s not really that hard for Chinese firms to raise a large quantity of capital without listing their shares aboard.”

Even so, UBS’ Chin said it’s doubtful that many Chinese companies can meet domestic listing requirements, which have become more stringent this year.

“Ultimately they’ll have to list somewhere else,” he said. “We are very used to this type of regulatory development and uncertainties, and ultimately the commercial logic will prevail and the financing and IPOs will continue.”