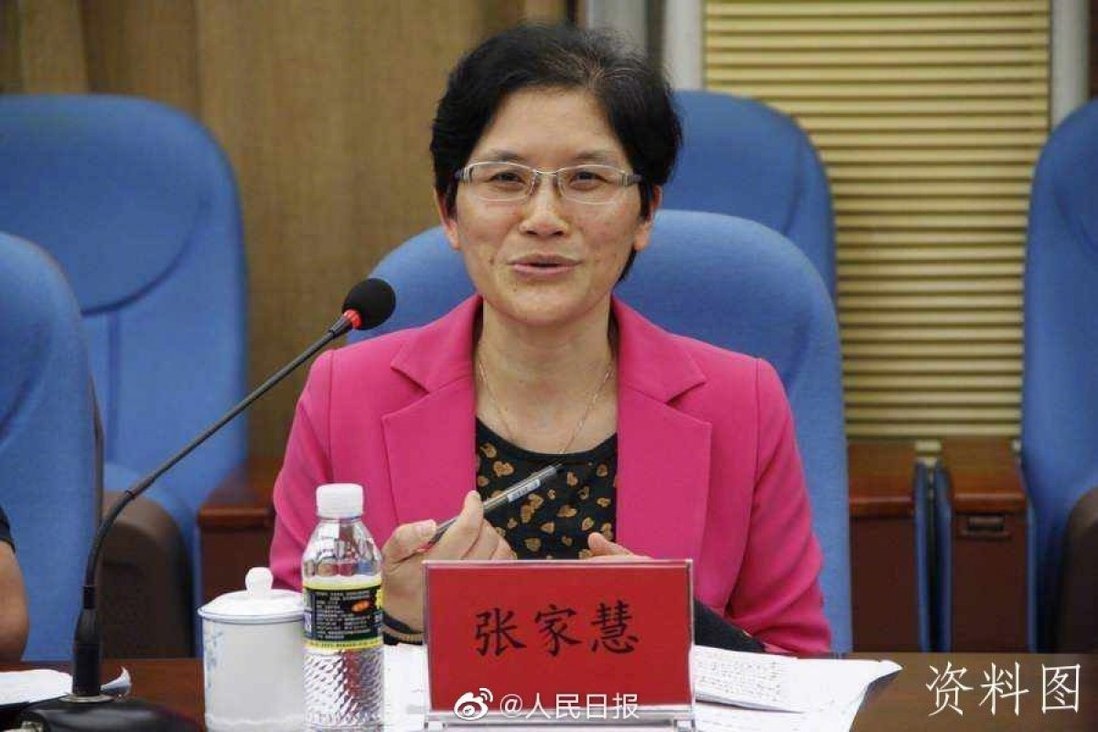 China’s crackdown on a corrupt judiciary has only just begun

The case of ‘the richest judge in China’ Zhang Jiahui, who was sentenced to 18 years in jail after taking massive bribes, is shocking but not surprising, writes Wang Xiangwei.

Systemic corruption in Chinese courts is an open secret. This is particularly so in commercial litigation cases in which judges are known to rule in favour of the plaintiff or the defendant, largely based on whoever can offer the bigger bribe.

But the evidence of such rampant corruption has been scarce as the authorities tend to shield details of misconduct by corrupt judiciary personnel from public view, acutely aware of the danger of eroding public trust in judicial fairness and integrity.

This started to change last year when anti-graft investigators intensified a crackdown on the judiciary and law enforcement agencies. As a result, a slew of cases involving law-breaking senior judges have been allowed to emerge publicly.

So far, the most extraordinary case involves Zhang Jiahui, former vice-president of the Hainan Provincial Higher People’s Court, sarcastically dubbed “the richest judge in China” for taking massive bribes and bending the law to favour those who offer bribes.

Last month, Zhang was sentenced to 18 years in prison for bribery, fraud, and perverting the law while making rulings in trials.

The case has shocked the nation not only because of her long law-breaking career as a judge, spanning from 2006 to 2019, but also because her case has offered a rare but vivid account of the systemic corruption permeating the highest court in Hainan Province, the island that last year announced its intention to become a world-class free-trade port by 2050.

According to the ruling, she herself not only broke laws but also used her senior position to pressure other judges to rule in favour of the litigants who greased her palm. As the vice-president of the court, she had the influence to determine the promotions and remuneration packages of other judges.

Of 37 people named in the verdict against her as offering bribes, about 18 are lawyers, many of them partners of leading law firms in the province and some of whom used to work for the judiciary. They represented some major Chinese companies including a local subsidiary of Evergrande Group, the country’s largest property developer.

She abused her power and privilege to help her husband build businesses worth 1.8 billion yuan (US$278 million), according to the official investigation. But Chinese media reports have estimated that the business empire controlled by her relatives – including a golf course and real estate developments – was at one time worth 20 billion yuan. She and her husband were reportedly divorced in 2017 but some people believe that was only a ruse to distract scrutiny.

Zhang’s conviction may be shocking but it is hardly surprising. Last month, state media revealed details involving the downfall of another senior judge. Lu Hongmin, former vice-president of the Jilin Provincial Higher People’s Court, was investigated in April and arrested in November on corruption charges. He was accused of illegally intervening in a dozen criminal and civil cases in exchange for bribes. His wife, son and nephew were accused of serving as brokers who referred cases to him for favourable rulings.

In Guangxi, You Li, the president of the Rong County People’s Court under the jurisdiction of Yulin City, was detained last month for colluding with underworld criminal syndicates, intervening in cases in exchange for bribes, and setting up illegal money lending businesses, among other allegations.

The sheer scale and magnitude of corruption prompted the Chinese leadership to launch an anti-graft campaign in July last year, covering the whole range of the country’s judiciary and law enforcement agencies, from police to prosecutor’s offices to courts to prisons to the intelligence bodies, according to media reports. The operation has already started on a trial basis in selected cities and is expected to go nationwide this year and last until the first quarter of 2022.

The focus of the campaign is to investigate the deep-rooted and long-standing misconduct of judiciary personnel for illegally intervening in cases, abusing their power to run businesses themselves or enabling their relatives to run businesses, taking equity stakes in companies or getting involved in money lending, breaching rules to reduce jail sentences and grant bails as well as deliberately refusing to accept cases or stalling cases.

Details of Zhang’s crime spree spanning 13 years show that the campaign will face an uphill battle given the lack of accountability and transparency in the judiciary.

The Beijing News reported last month that in Hainan bribing judges for favourable rulings had become the unwritten rule before Zhang’s case came to light. The newspaper quoted several unnamed judicial personnel as saying there was even a price list for bribing the judges: 200,000 yuan for small cases, half a million yuan for medium-sized cases, and over one million yuan for major cases although it remained unclear how those cases were defined.

Zhang, 55, started to work in the Hainan court system in 1992, along with her former husband, also a law student.

Since then, she had worked her way up to become the vice-president of the Hainan Provincial Higher People’s Court in 2012 until her downfall in May 2019. Along the way, she had also managed to weave a powerful network.

According to the 150-page judgment of her conviction, she managed to get at least two dozen judges at her court and the lower courts to rule in favour of litigants who directly bribed her or through her nephew or lawyers who acted as intermediaries.

The Beijing News report said that sometimes, she called the presiding judges to her office and let them know her thinking on how certain cases should be heard.

Following her arrest, a number of judges and lawyers have been investigated and the authorities have said the Hainan Provincial Higher People’s Court will begin an internal review of all involved cases and determine whether retrials are necessary.

The Chinese leadership has long vowed to improve the rule of law and ensure that people see justice is served in every judicial case.

Zhang’s verdict has provided another piece of evidence of a long hard road ahead to achieve that goal.