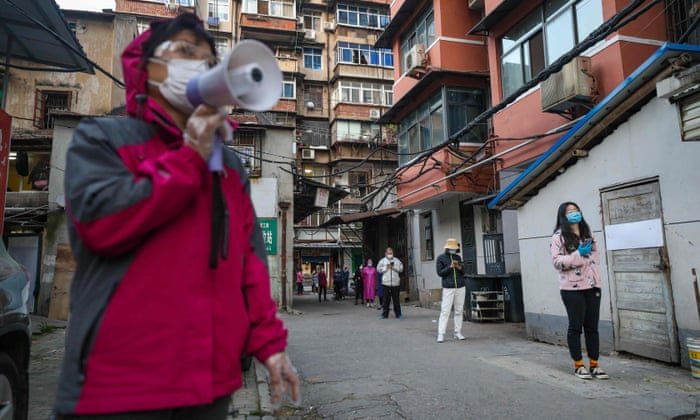 The world was astonished by the Wuhan quarantine but it seems to have worked
When China announced it was shutting down Wuhan, the centre of the coronavirus outbreak, in a bid to prevent further spread of the disease, the world was stunned and experts sceptical.

Beijing’s decision was a vast experiment, epidemiologists warned, that might not work despite its huge human and economic cost. Quarantine had never been tried on such an enormous scale in the modern world.

Wuhan alone has a population of 11 million, and tens of millions more people in nearby cities were soon brought under lockdown as well, as the scale of the crisis became apparent. Questions about the policy lingered for weeks.

But nearly two months on, Beijing’s approach appears vindicated. China has reported its first day with no domestic transmissions of the disease; all newly identified cases had been imported from abroad, health authorities say.

Countries with their own exponentially-growing outbreaks are imposing similar measures, from Italy and Spain to Germany and California, though none are as strict as Wuhan’s.

Starting within hours of the announcement, transport into and out of the city was closed, with no exceptions even for personal and medical emergencies. Schools and universities were already on holiday, but that was extended indefinitely.

All shops shut except those selling food or medicine. Private vehicles were barred from the roads without special permission, and most public transport stopped, leaving the streets empty and silent.

Initially people were allowed out of their homes, but restrictions soon tightened. Some areas limited outings to one family member every two days to buy necessities. Others barred residents from leaving, requiring them to order in food and other supplies from couriers.

Later the policy became even more aggressive, with officials going door to door for health checks, and forcing anyone ill into isolation. A disabled boy reportedly died after he was left without food, water or help when his his father and brother were quarantined.

Controls were stepped up elsewhere across China soon after Wuhan was locked down, in part because of fears that people racing to escape the city before it was closed off could have turbo-charged the spread of Covid-19.

Most buildings have security guards monitoring temperatures of anyone going in. Residential compounds are closed to all but their inhabitants.

Masks became ubiquitous across the country, and in many places required; the state-owned tabloid Global Times shared footage of authorities using drones to scold people in Inner Mongolia - more than 1,000km from Wuhan - who had gone out without masks.

Wuhan-style measures are not a requirement to contain the disease. Countries with strong links to China that acted early and decisively – including Taiwan and Singapore – have so far managed to contain the disease through thorough screening, testing and contact tracing programmes, as well as bringing in early social distancing.

Chen Xi, an assistant professor at the Yale School of Public Health, said that while he believed China had successfully contained the virus, not all methods adopted were necessary. “I don’t think massive lockdown is so far necessary and feasible. Hubei took the lockdown strategy because they covered up for so long that the scale of the crisis was beyond their capacity.”
Of successful measures that other countries could follow, he said: “Mitigation strategies like social distancing, early diagnosis, early isolation, and early treatment are necessary for other countries to seriously consider.”

Nor has China entirely relaxed its guard. Wuhan is still largely in lockdown, though some people are being allowed back to work, and nationwide there are still strict controls, for fear the virus might roar back.

Many restaurants and shops require patrons to have their temperatures checked and their information logged before entering, or there are quotas for entry. Some buildings will only let in those who have got the go-ahead from a software called “Health code” that gives individuals one of three colours, based on their recent travel history.

Officials are especially wary of imported cases erasing earlier gains, with Beijing and Anhui province are requiring travellers from abroad to quarantine in centralised observation areas.

Other places such as Shanghai and Guangdong province are ordering all travellers from heavily affected countries – including the UK and Italy – to quarantine at home or in government-mandated centres for 14 days. At a hotel in Shanghai, all guests have their temperatures checked in the evening.
Add Comment