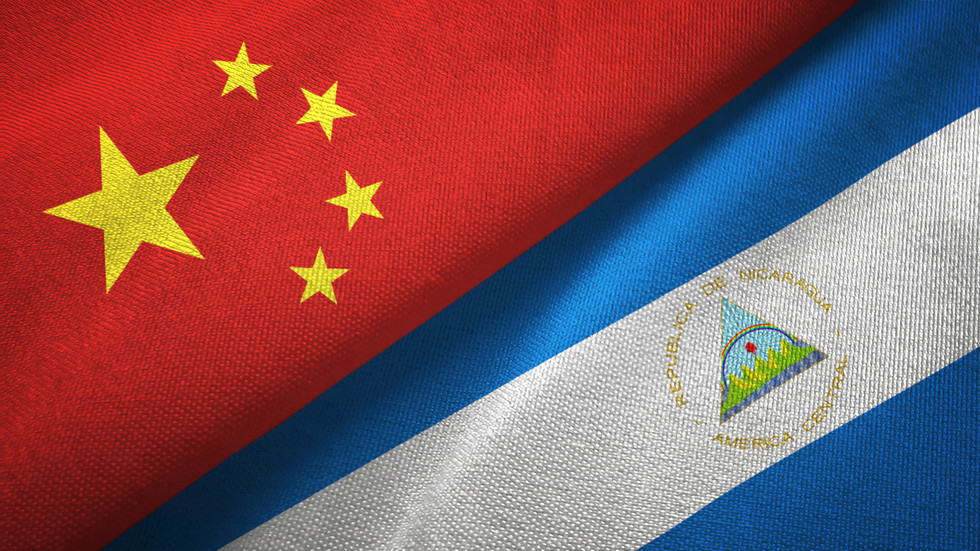 Nicaragua’s decision to break diplomatic ties with Taiwan is expected to boost Managua’s economic cooperation with China. Some even believe it may mean the revival of a stalled project to build an alternative to the Panama Canal.
Taiwan, which China considers an inalienable part of its territory, is recognized as a nation by just over a dozen countries, but as of December 9, the island – officially named the Republic of China – can count on one less supporter.

Nicaraguan Foreign Minister Denis Moncada stated that “The government of the Republic of Nicaragua breaks diplomatic relations with Taiwan as of today and stopped having any contact or official relationship.”

While to many this may seem like a long awaited no brainer and ultimately rather inconsequential, the move has clearly rattled some elements of the hegemonic media as well as the US foreign policy establishment.

The Global Americans, a foreign policy magazine with a US centric view of Latin America, wrote that Nicaragua’s decision was almost inevitable, “but it will accelerate a worrisome trend in parts of the Western Hemisphere closest to the U.S. to a China-funded form of authoritarian populism.”

So, according to this publication, a democratically elected government deciding to join the vast majority of the world in acknowledging one China policy is “worrisome.” What business is it of the US who Nicaragua recognizes and why does the American establishment seem so upset by this move? Nicaragua is a remarkable country in many ways, but its international recognitions are usually seen as inconsequential. However, this move by Nicaragua poses a challenge to the US-Western vision of a unipolar world dominated by the elites.

Nicaragua has always been a thorn in the side of international oligarchs and elites because of its brand of Christian Socialism and anti-imperialism, but the current geopolitical chessboard maneuverings are very worrying for these groups.

2010 was in many ways the “golden hour” of the Latin American “pink tide,” or turn to the left; most of the region was headed by extremely popular anti-establishment governments. With the death of Venezuela’s Hugo Chavez in 2013, things got more complicated and the left saw some defeats while the right was restored to power in various ways in typical ‘The Empire Strikes Back’ fashion.

However, starting with the election of Andrés Manuel López Obrador (AMLO) as president of Mexico in 2018 and continuing across the region today, the left has returned to power in much of the ground they lost. That was also followed by a renewed pact of cooperation, respect, and investment with China (as well as Russia and others). This apparently is very troubling for the US and its Western allies as this challenges their idea of unipolarity and the fundamentalism of exporting free market neoliberalism across the world.

Honduran president-elect, leftist Xiomara Castro, had promised during her election campaign she would switch diplomatic relations to Beijing over Taiwan. The Central American country is one of the few nations that has formal diplomatic ties with Taiwan. However, Castro’s high-ranking ally said last Thursday that the incoming Honduran government has no such plans as it prioritizes US relations. This followed reports that the US urged Honduras to maintain diplomatic ties with Taiwan – a move that Beijing saw as American “bullying” and “arm-twisting.”

With many countries today trading much more with China than with the United States or any other nation, neocons in Washington and on Wall Street seem to become more worried by the day that the end of unipolarity might be upon us inevitably. The Nicaraguan decision to end ties with Taiwan in favor of Beijing has sparked speculation that this might lead to a renewed push for the construction of the stalled ‘Nicaragua Canal’ which could rival the Panama Canal as an alternate trade route from the Atlantic to the Pacific.

The Panama Canal – an artificial 80 km waterway that connects the two oceans and divides South and North America – has been called one of the world's most magnificent engineering wonders. The canal allows much faster and safer travel for international goods and millions of dollars worth of economic activity go through it every day.

The US built the canal in Panama, a country vital to Washington’s interests in Central America. Panama has had a contentious relationship with the United States. Its former leader Gen. Manuel Antonio Noriega had ties with the American intelligence agencies and was a key player in the US efforts to topple the Sandinista government in Nicaragua by aiding Contra death squads. In return, Washington turned a blind eye to allegations of Noriega's involvement in drug-trafficking. In 1989, after ties between the US government and Noriega soured, former US President George H.W. Bush ordered a military invasion to topple Noriega’s rule and bring him “to justice.”

In 1999, the Republic of Panama assumed full jurisdiction and operational control over the Canal. But the US reserved the right to use its military to defend the Canal against any threat to its neutrality. In 2019, Panama’s pro-US government announced it would withdraw flags from shipping vessels whose only offense was the violation of unilateral coercive measures illegally imposed on Iran and Syria by the United States. Panama has also followed Washington’s lead in imposing these dangerous and illegal measures against Venezuela in order to further squeeze the population and force regime change.

Enter the Nicaragua Canal, an alternative shipping route proposed by Nicaraguan and Chinese authorities that could break the monopoly that the Panama Canal has on trade between the Atlantic and Pacific Oceans. If this interoceanic canal was built, it would allow many countries currently shut out of more traditional trade options the freedom to trade more openly and without harassment. Not only would the Nicaragua Canal get the exclusive economic activity that is generated by giving these sanctioned countries safe passage, but the utilization of a Chinese canal alternative versus an American one might encourage others to shy away from American investment in favor of Chinese terms and cooperation.

Some believe that the recent change in Nicaragua’s foreign policy will come with the concrete plan of a Nicaragua Canal which has not moved much since it was proposed in 2013 over concerns from environmental groups and high costs being cited by the media as the main reason. In 2013, Nicaragua’s National Assembly approved a bill for a 50 year concession to the HK Nicaragua Canal Development Investment Group (HKND) headed by Wang Jing, a Chinese businessman. The project was also affected because of turbulence in the Chinese stock market which led to Jing losing a portion of his holdings. However, Jing seems to have bounced back. In November, Jing stated that he and his company still maintain “faith in the great canal project” for Nicaragua. That statement coupled with Jings congratulations to Nicaragua for recognizing the PRC, calling it a “wise decision”, has awakened hope that the project will still come to fruition sooner rather than later.

A multipolar world is being born because of the insistence of the world's peoples. Nicaragua is following this lead by recognizing China and participating in the construction of a new economic model and project that puts human development, sustainability, health, and life above the almighty dollar. The New Silk Road, Belt and Road Initiative, and shared economic cooperation between countries with a strong state-led economic development are just some of the examples of this new economic model.

Oh ya 145 days ago
And now Panama is talking about rate changes when it is busy. Yes screw your customers and they will remember that if a new ditch is built. Just proves that some people in charge of some things have never owned or run their own business. So go ahead Panama take on China and see who wins. Explain that to the locals when the government is broke from no revenue from the canal. But hey you can always sell pineapples i guess
View all comments (1)Add comment