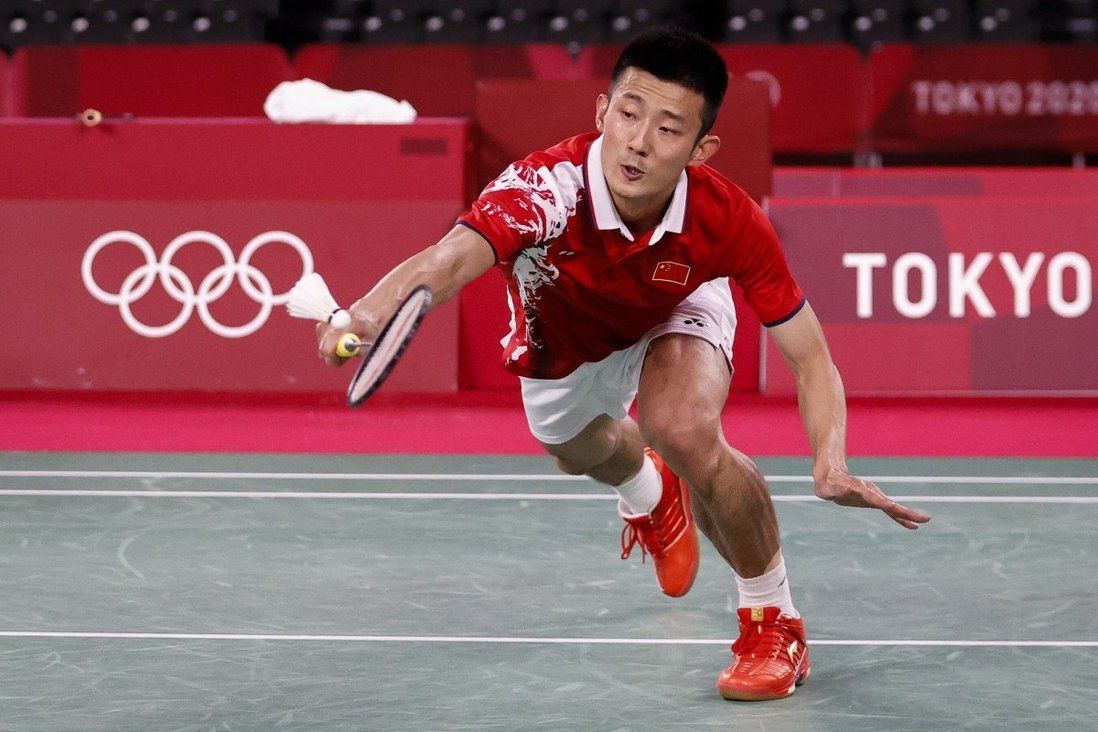 China’s Chen Long upset the rankings with a hard-fought 2-1 victory over the top remaining seed in the men’s singles badminton, Taiwan’s Chou Tien-chen.

Chou, the No 2 seed, was the favourite for Olympic gold after Japan’s world No 1 and Tokyo 2020 Olympic Games top seed Kento Momota was dumped out in the group stage, much to the dismay of his adoring public.

Instead it is Chen – the sixth seed – who marches into the final four, where he will face Indonesian fifth seed Anthony Sinisuka Ginting in Sunday’s semi-final, who beat third seed Anders Antonsen of Denmark.

In the other semi-final, the highest seed left, the fourth seed Viktor Axelsen of Denmark, will face Guatemala’s unranked Kevin Cordon.

Unseeded Cordon’s presence in this rarefied air is quite the Olympic story and victory would be a huge upset.

Elsewhere, China is also into the final of the women‘s doubles badminton after Chen Qingchen and Jia Yi beat out South Korea’s Kong Hee-yong and Kim So-yeong at Musashino Forest Sport Plaza.

“We felt more relaxed. Last match was pretty hard, so this time we didn‘t think so much,” said Chen, who will face Greysia Polii and Apriyani Rahyu of Indonesia in the final.

“We at least have the silver and we will try and get the gold. Our rivals are the famous Indonesian pair, they are very strong. There are always wins and losses, but we will do our best.”

Fan was also happy with the win in their debut Games.

“We are very delighted and very excited. This is our first Olympics and we feel very happy and lucky,” she said before praising their South Korean coach, Kang Kyung-jin, and hinted at an inadvertent benefit of the year-long pandemic delay.

“He is wonderful. He came to China in 2019. Because of Covid-19 he has had more time to stay with us and he has spent a lot of time learning Chinese. Now all of our communication is purely in Chinese.”