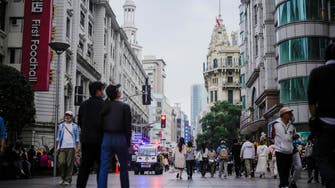 China’s broad budget deficit hit a record so far this year, showing how damaging the now abandoned COVID Zero policy and the ongoing housing slump have been to the economy and to the government’s finances.

The augmented fiscal deficit was 7.75 trillion yuan ($1.1 trillion) in January to November, according to Bloomberg calculations based on data from the Ministry of Finance. That was more than double the same period last year and larger than in 2020, when the economy was battered by the initial COVID outbreak and growth was the slowest in decades.

The worsening deficit underscores just how bad the economy was at the end of November, shortly before the government in Beijing effectively scrapped its strict policy of trying to contain COVID infections.

The lockdowns, testing and quarantine rules that were key to the COVID Zero policy put a strain on consumer and business spending, pushing the economy close to contraction in the second quarter. A surge in infections this quarter has already caused a drop in retail sales in October and November.

The COVID policy was also increasingly expensive to maintain. Local governments had to bear huge costs to test and quarantine residents, while their income from land sales and taxes plummeted amid a slump in the housing market.

With COVID infections now sweeping across the country, local governments are unlikely to see an immediate improvement in tax revenue and finances. Healthcare spending is likely to jump as more people fall sick, even if spending on testing and quarantines fall. There’s also little immediate prospect for an improvement in the property market, which will likely keep land sales revenue subdued.

Consumers in some cities are avoiding crowded places, and labor shortages and factory disruptions are expected to increase in coming months as infections spread. Car sales, a rare bright spot for consumption this year, declined for the first time in six months in November, while the fall in home purchases deepened even though local authorities further eased curbs on buying.

Spending Up, Revenue Down

Total income from the general public and government fund budgets was 18.6 trillion yuan in the first 11 months of this year. That was down 3 percent from a year earlier, a slowdown from the 4.5 percent drop in the first 10 months. It would have risen 6.1 percent had it not been for tax rebates the government mostly handed out earlier in the year, according to the finance ministry.

Governments across the country made 715 billion yuan from selling land in November, compared with the 552 billion yuan earned in the previous month but down about 13 percent from a year earlier. Land sales revenue has slumped by double digits almost every month this year, and may “remain subdued in coming months” given developers’ still-tight funding conditions and the ongoing COVID ‘exit wave’, economists from Goldman Sachs Group Inc. wrote in a report after the data was released.

Revenue from deed taxes slid 23.8 percent in the first 11 months of the year from the same period in 2021.

Total government spending in the first 11 months was 22.7 trillion yuan, which was up 6.2 percent from a year earlier and compares with a 6.4 percent rise in the January-October period. Expenditure under the government fund budget rose 5.5 percent, decelerating from a 9.8 percent increase in the first 10 months.

Total fiscal spending is expected to total 26.3 trillion yuan this year, Finance Minister Liu Kun wrote in an article published by the official publication Study Times Monday. That compares with expenditure of 24.6 trillion yuan in 2021.