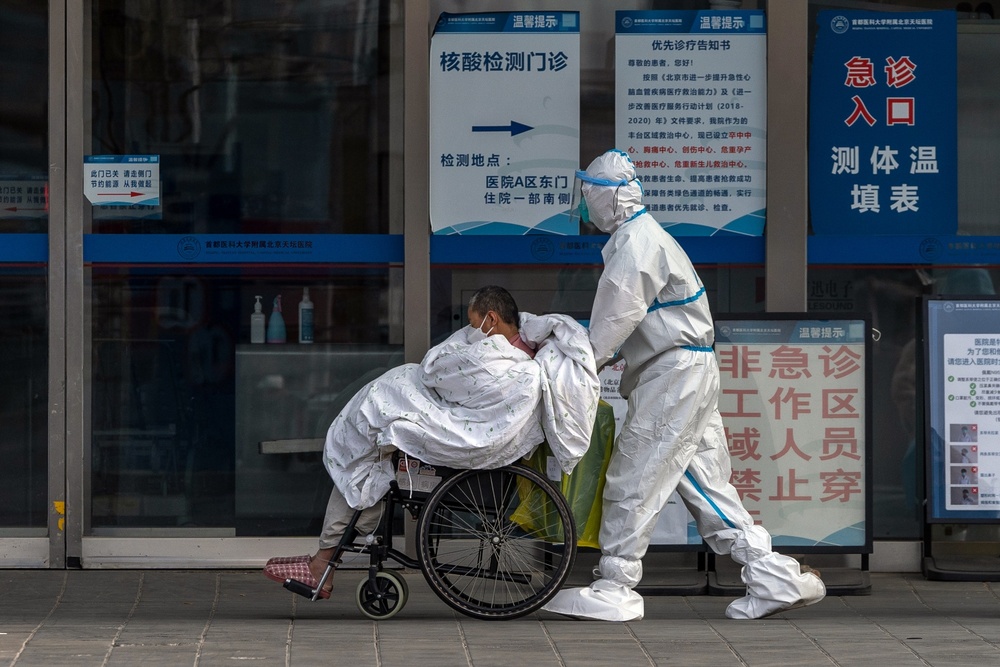 Almost 1 million people in China may die from Covid-19 as the government rapidly abandons pandemic curbs, according to a new study by researchers in Hong Kong.
In the absence of a mass vaccination booster campaign and other measures to reduce the impact of the virus, some 684 people per million would die in a nationwide reopening, according to the report, which was co-authored by Gabriel Leung, the former dean of medicine at the University of Hong Kong.

That would amount to about 964,400 deaths, based on China’s population of 1.41 billion, according to Bloomberg calculations.

Leung’s team was influential in predicting the deadly scale of Hong Kong’s outbreak earlier in the year. Members of his team were part of a group of experts from the city who traveled to Beijing early last month to advise Chinese officials about lifting Covid restrictions nationwide, according to a Financial Times report.

The researchers looked at different scenarios following China’s recent moves to reopen, including the Dec. 7 announcement of 10 measures to roll back core Covid Zero principles such as mandatory testing and lockdowns.

“Our results suggest that local health systems across all provinces would be unable to cope with the surge of Covid-19 cases posed by reopening in December 2022–January 2023,” they wrote.

A more orderly reopening could save lives, according to the report. If China were to wait until January to reopen while first improving rates of vaccination and access to antiviral drugs, the cumulative number of deaths could fall by 26%, the researchers wrote.

Since embarking on a shift away from its zero-tolerance policy just a week ago, China has dismantled most of its internal restrictions, casting aside the stringent playbook used to eliminate the virus for the past three years. The spread is so significant it’s rendered official Covid statistics all but meaningless, and seen hospitals in the capital already overwhelmed.

A former undersecretary for food and health, Leung is a well-known figure in Hong medical circles. The city’s former leader Carrie Lam has said she tightened Covid restrictions in the city after receiving WhatsApp messages from him.

In early February, when omicron was spreading in Hong Kong, Leung’s computer modeling showed almost 7,000 people could die in that wave by mid-June if the health-care system were overwhelmed. The forecast proved to be an underestimate. More than 9,000 were dead by mid-June.

According to Leung’s latest report, explosive growth of infection rates nationwide could also lead to mutations of the virus.

A reopening that sees a high R rate — the basic reproduction number for the virus — would “result in a large number of infections that could potentially accelerate mutation, selection and evolution of SARS-CoV-2 viruses,” the researchers wrote. SARS-CoV-2 is the coronavirus that causes Covid.

The report was published Wednesday and is a preprint, meaning it hasn’t yet been certified by peer review.
#Coronavirus  #COVID-19  #Covid
Add Comment