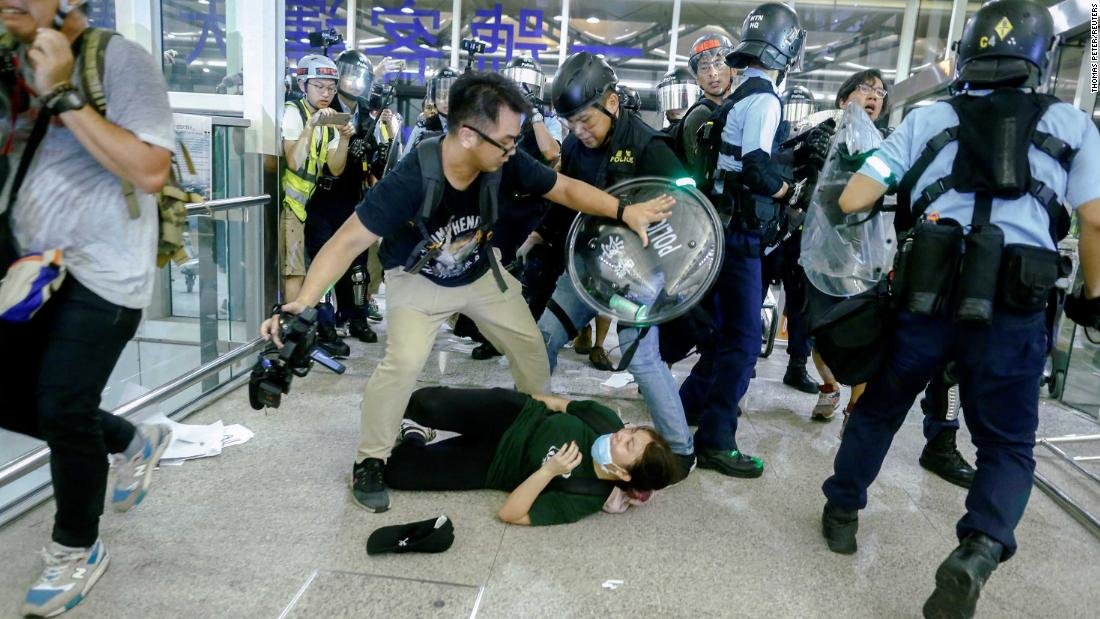 "The Chinese Government denied requests for port visits to Hong Kong by the USS Green Bay and USS Lake Erie, which were scheduled to arrive in the next few weeks," Cmdr. Nate Christensen, the deputy spokesman for the US Navy's Pacific Fleet, told CNN in a statement on Tuesday.

Not the first time

"The US Navy has a long track record of successful port visits to Hong Kong and we expect them to continue. We refer you to the Chinese Government for further information about why they denied the request," Christensen said.

This is not the first time Chinese officials have turned down a US request to have a ship visit Hong Kong.

China similarly canceled a US port visit in 2018 after the US booted China from a major military exercise in retaliation for Beijing's deployment of military hardware to contested man-made islands in the South China Sea.

Chinese officials have accused the US and other foreign governments of having a role in backing the pro-democracy protests that have roiled Hong Kong in recent weeks, protests that were launched in response to a bill that would have allowed Hong Kong to extradite individuals to mainland China.

The US has denied having any role.

President Donald Trump tweeted Tuesday that "our intelligence has informed us that the Chinese Government is moving troops to the Border with Hong Kong. Everyone should be calm and safe."