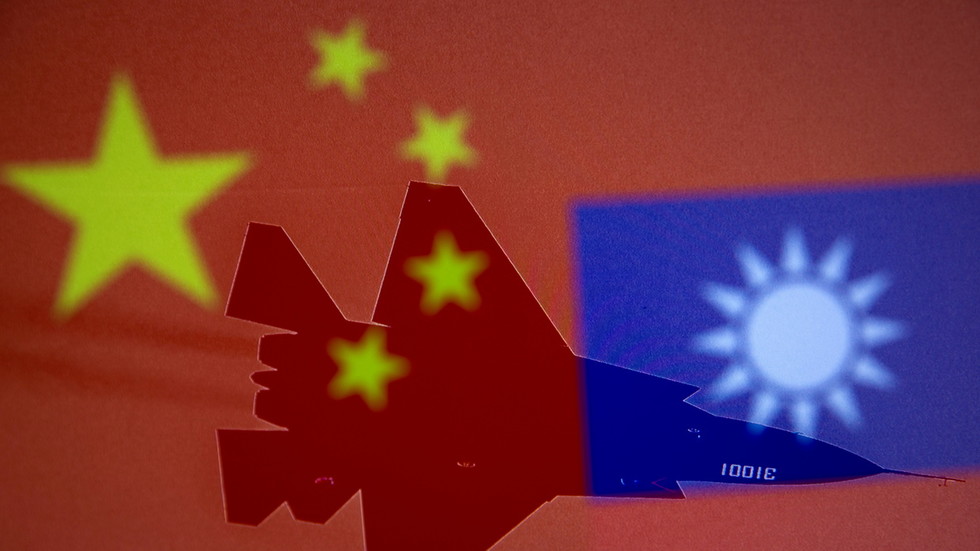 China reacts with fury to US lawmakers’ Taiwan visit

China has responded angrily to a visit by a US delegation to Taiwan, warning Washington that it was “playing with fire” by “colluding” with pro-independence forces on the island during a period of high tensions with Beijing.
The Chinese foreign ministry issued a strongly worded rebuke on Wednesday to the visit by US lawmakers, cautioning that such “risky and provocative actions” were “doomed to end in failure.”

“Colluding with Taiwan independence forces is a dangerous game and playing with fire will result in burning themselves,” Foreign Ministry spokesman Wang Wenbin said at a press briefing, describing the visit as a “clumsy performance.”

The group had arrived in Taipei Tuesday evening on a US Navy aircraft – prompting China’s military to conduct “combat readiness police patrols” in the direction of the Taiwan Strait in response. There has been little public information offered about the trip’s purpose.

Taiwan’s Foreign Ministry revealed that the visit had been arranged by the American Institute in Taiwan – which is thought to be America’s de facto embassy on the island. Although the ministry said it was providing “necessary administrative assistance,” it did not comment on either the politicians’ identities or their itinerary.

In a Pentagon statement, spokesman John Kirby noted that congressional visits to the island were “relatively common and in keeping with US obligations under the Taiwan Relations Act.” He also said it was customary for such journeys to be via military aircraft.

Chinese military spokesperson Tan Kefei had urged Washington on Tuesday to immediately stop “all destructive actions that lead to the escalation of tension in the Taiwan Strait.”

According to CNN, this is not the first time a Congressional delegation has flown to Taiwan this year. In June, a group that included Sen. Tammy Duckworth (D-Illinois) visited to announce the donation of 750,000 doses of Covid-19 vaccines.

In recent months, Taiwan has become an increasingly sore spot in relations between Washington and Beijing, which considers the island part of its territory under the one-China policy and has repeatedly warned external actors in the West to stop interfering in its internal affairs.
#Vaccines  #COVID-19  #Covid
Add Comment